Creighton-Elizabeth Boggs is an associate with GreeneHurlocker. She will focus her practice in business and energy regulatory issues.

Tia-Marie Lane joined McCandlish Holton as an associate in the civil litigation group and will focus her practice on workers’ compensation and personal injury. She has degrees from North Carolina State University and the University of Richmond.

Benae Mosby joined VPM as director of marketing and communications.

Matt Scaparro is vice president of property management. He had been with Durham Housing Authority in Durham, N.C. 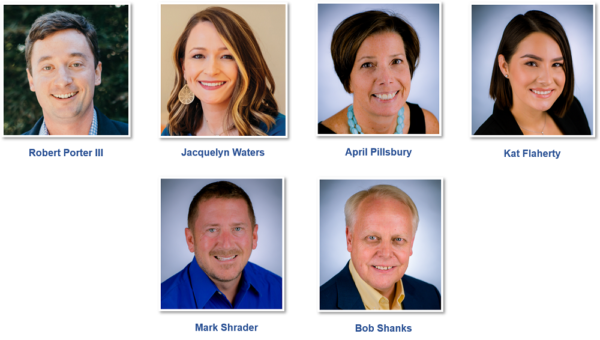 Robert Porter III has joined the brokerage team of Porter Realty Co. He had been with Atlantic Union Bank and is a graduate of Rhodes College.

Lea Ann Schmeer is a Realtor with Exit First Realty.

Sherelyn Hammett has joined Cigna as a business manager with the Mid-Atlantic team. She has degrees from the College of William and Mary.

Alex Georghiou Frankart has joined Red Orange Studio is Slice graphic designer. She is a graduate of Old Dominion University.

Lisa Schapira and Collin Condron have joined the tax staff of Kimble CPA.

Mona Adkins-Easley is interim director of the Richmond’s Department of Human Resources. She has degrees from Norfolk State University and Virginia Commonwealth University.

Lucas Hall has been appointed deputy director of the Virginia Commission for the Arts. He had been with VCU Investment Management Co. and is a graduate of Virginia Commonwealth University.

Kate Boyles joined The Curtis Group as a consultant and member of the firm. She had been with the The Steward School. She is a graduate of College of William and Mary.

Kelly Davis is chief technology officer and had been with Coud Managed Services.

Patrice Johnson is a payroll specialist and had been with Paychex.