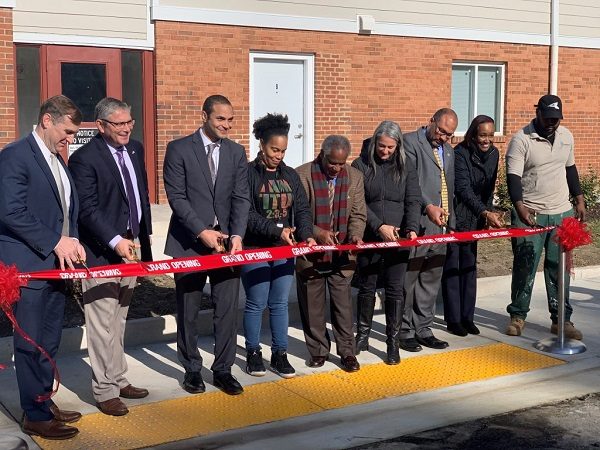 A multimillion-dollar renovation of a federally subsidized apartment complex in Henrico is signaling a new trend of county involvement in such projects, with more to come.

Henrico officials on Thursday marked the completion of more than $5 million in upgrades to Hope Village Apartments, a 100-unit complex off Mountain Road in Glen Allen.

The improvements are the first to be done to federally subsidized housing in Henrico with involvement from the county through a memorandum of understanding. Last year, county supervisors signed off on an agreement in which bonds for the project were issued through the Suffolk Redevelopment and Housing Authority (SRHA), which Fairstead had engaged to secure funding for another property there.

Hope Village is in Henrico but the county does not have a housing authority through which Fairstead could apply for low-income housing tax credits. So the company, an affiliate of New York-based real estate investment firm Fairstead Capital requested Henrico’s approval to work with the SRHA. 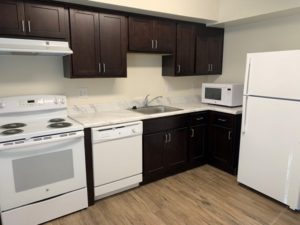 As a result, Henrico had input in the improvements to Hope Village, which included roof replacements, new HardiePlank siding, HVAC systems, LED lighting, kitchen cabinetry, flooring, bathroom fixtures and EnergyStar appliances. Improvements also were made to the playground and community building, and several units were brought in compliance with federal accessibility standards. 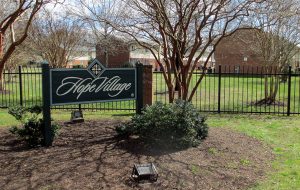 The Hope Village Apartments as they appeared in 2018. (BizSense file photo)

Hope Village, built in 1973 and totaling 6.7 acres, was assessed at the time at $6.32 million, according to Henrico property records. The latest county assessment, conducted in January, upped the property’s value to $9.36 million.

The renovations were described as the most extensive improvements ever made at Hope Village, where rents are subsidized through the federal Housing Choice Voucher Program. Both Hope Village and Woodland Crossing are Section 8 housing through the U.S. Department of Housing and Urban Development, meaning tenants pay a fixed percentage of their income.

In similar fashion to Hope Village, Henrico has formalized memorandums of understanding for improvements to three other subsidized-housing complexes in the county: Henrico Arms, Newbridge Village and St. Luke apartments.

For St. Luke, county supervisors in September approved a $70 million bond issuance by the SRHA for improvements to the complex near Laburnum Avenue and Meadowbridge Road. St. Luke Apartments LLC, tied to real estate firm SAA|EVI, purchased the 496-unit property late last month in a $16.25 million multiparcel sale. It plans to spend about $40,000 per unit on the improvements.

We’ve entered a dire situation for the construction of affordable housing nationwide with land and labor costs driving the numbers skyward. Congress is sitting on a bill supported by both Virginia senators that would stabilize financing rates for 4% LIHTC new construction which would enable developers some leeway. The City of Richmond is considering new means to incentivize affordable housing construction as well. Its good to see Henrico stepping forward now that it’s flush with tax cash to renovate its low income communities. now the hard part: the County has to manage them properly so they don’t degenerate to the… Read more »

Bruce, I agree. It’s a shame that some localities don’t seem to want to allow zoning that would allow for new homes to accommodate low -to-middle income families. There are properties out there that just will not support $400,000-500,000 homes. The options for these families both young and old are fewer and fewer.

As Matt correctly points out, governments stand in the way of affordable housing with zoning rules. But government involvement should end there (i.e., reviewing zoning rules). When I read something like this: “the County has to manage them properly so they don’t degenerate to the level they were when it started this process” I cringe. With that way of thinking, Bruce Milam reflects much of what is wrong in society today: lack of personal responsibility. When tenants (as well as owners, of course) treat property respectfully, the property will remain nice for decades. I live near subsidized housing and am… Read more »

I am glad these long-overdue renovations occurred, but this sort of bare-minimum housing has got to be rethought from the ground up. From a Google satellite view, these apartments look more like a chicken processing facility or even a penitentiary – long sheds with no embellishment or interior landscaping, and a lone, sad “playground” out of view to all but two of the buildings and right next to a busy road. I understand that budgets are tight for housing the poor, but let’s not pretend we are giving the residents a place to live that is in any way designed… Read more »