Padilla is doing PR and communications work for Kannalife, a Pennsylvania-based biopharmaceutical company developing cannabinoid-based therapeutics. The agency’s Richmond team will lead the work to include corporate communications, media relations and social media.

The Martin Agency released new work as part of its campaign for CarMax. Continuing off the campaign’s previously released “Stickers” spot, the locally based used-car dealership is updating its dealer sticker with custom stickers that customers can choose from representing various causes.

Think was hired by Virginia Council of CEOs to roll out its 2020 membership drive campaign. Work for the local nonprofit will include strategy, design and development. The agency completed a series of design collateral for Hospice of the Piedmont in Charlottesville. Work included branded stationery and print materials for an investors welcome kit. 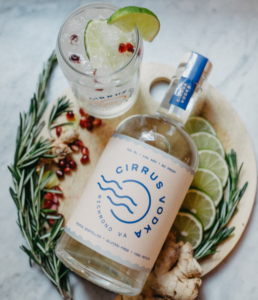 Hunter Knierem and Kim Moore were promoted to account directors. Both were previously senior account managers. Knierem was hired in 2015, and Moore has been on staff at Elevation more than a decade.

Campfire & Co. completed a rebrand for Cirrus Vodka. Work included a new logo with a wavy pattern that references the distillery’s namesake cirrus clouds and specifies Richmond as its hometown.