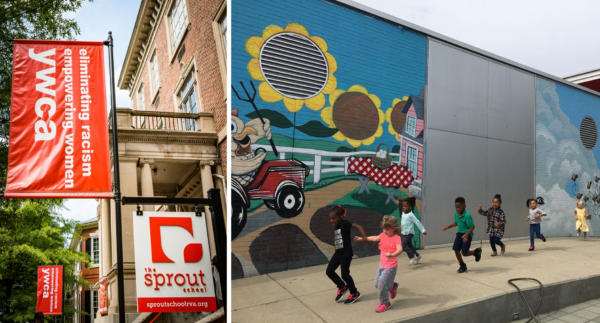 The YWCA is moving its downtown Sprout School to Manchester to make room for more improvements to its North Fifth Street facility. (Photos courtesy YWCA)

A downtown child-care program rooted in the YWCA Richmond is headed for bigger digs in a dormant Manchester church building.

The Sprout School, a preschool for children age 18 months to 5 years, has entered into a long-term lease to take over about 12,000 square feet in the former Community Bainbridge Baptist Church at 1101 Bainbridge St.

The school currently has about 110 children at the YWCA facility at 6 N. Fifth St. and about 30 kids at the Children’s Museum of Richmond at 2626 W. Broad St.

Rupa Murthy, YWCA Richmond chief development officer, said the Sprout School’s move to the Southside is needed to gain more room for the popular program and to free up space for renovations at the YWCA’s downtown facility. 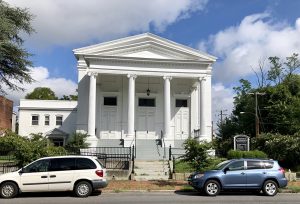 “We are practically bursting at the seams,” Murthy said. “When we looked at the proximity of the church building in Manchester to our existing space downtown, we knew that it was the ideal place for us to move.”

The move will not affect the Sprout School at the Children’s Museum.

Corinthian Construction’s Ben Adamson purchased the Bainbridge church building and two adjoining parcels at 1109 Bainbridge and 1100 Porter streets for a combined $1.5 million about a year ago.

The church previously had been targeted to become a cold weather overflow homeless shelter after the Commonwealth Catholic Charities placed the sites under contract a few years ago. But after neighborhood opposition, the organization terminated the contract.

Since then, Adamson, who has developed several mixed-use and multifamily projects throughout lower Manchester, has devised his plan to revive the former church as a neighborhood commercial center.

The Richmond City Council approved Adamson’s request for a special-use permit during its Nov. 12 meeting, allowing for a variety of commercial uses that include day care centers, a restaurant, and office and retail space.

Adamson said the Sprout School is taking over much of the basement and first floor of the building. He said the second level would be built out as spec office space ranging from 700 to 4,000 square feet.

The sanctuary portion of the building could be converted into a restaurant, office or retail space, Adamson said, although the conversion would be tenant-driven.

“With all of the apartment and multifamily development, it’s time for more service retail and businesses to move into Manchester,” Adamson said. “The redevelopment of the church compounds everything that’s going on down there.”

The Sprout School launched in April 2016, offering full-day, year-round child-care programs aimed at preparing children from diverse backgrounds from across the metro Richmond region for kindergarten. 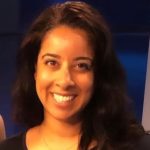 Murthy said the Sprout School receives about half of its nearly $2 million annual funding from Richmond Public Schools through the Head Start program and tuition-paying families. Private donations cover the rest.

She said the YWCA hopes to complete the Sprout School’s move from its current 7,500-square-foot location downtown to Manchester by July 2020, where the nonprofit organization plans to spend about $2 million to ready the space for faculty, children and their parents.

As part of its investment, Murthy said the YWCA will create outdoor playgrounds and a more-convenient pickup and drop off zone at the new school.

“Being on Fifth Street can be a difficult situation for parents, especially during rush hour when people are trying to get in and out of downtown,” Murthy said. “Being in Manchester changes that for them. It’s also on a bus line, which is very beneficial for parents that may not have their own transportation.”

The future location also will have a full commercial kitchen where the school will cook two meals a day for over 140 students, and will enable the program to add infant care.

“There are so many single and two-parent households that want to work and grow their careers, but finding quality care for their infants is very difficult,” Murthy said. “While this won’t eliminate the overall demand, adding infant care to our program is going to be a big benefit to our parents and their families.”

The Sprout School currently employs about 35 people between its two locations.

Murthy said when the opportunity to move to Manchester presented itself, the organization moved quickly to secure the location.

“Manchester is an ideal location for us because of its proximity to downtown and because of the families that we may be able to appeal to in nearby Blackwell and Swansboro,” Murthy said. “The area is changing quickly, and as it changes, child care is going to become a necessary amenity for the neighborhood.” 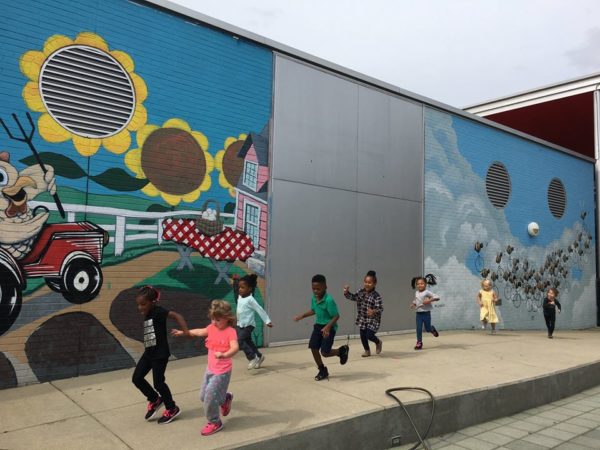 The Sprout School’s move to Manchester is part of the YWCA’s capital campaign the organization is executing to expand new programs and initiatives at its 105-year-old Fifth Street facility.

Richmond-based SMBW Architects is working with the YWCA on a design plan that allows the facility to increase access to counseling, workforce development, court advocacy, health care navigation, and housing for victims of domestic and sexual violence in Richmond, Murthy said.

The renovation also will allow the organization to expand its collaborative office space.

“We will have additional space for partners who focus on empowering women and families to incubate and grow at Fifth Street,” Murthy said.

Overall, the project is estimated to cost about $5.5 million, Murthy said.

Renovations to the Fifth Street facility will begin during summer 2020 and completed by summer 2021, Murthy said, with the YWCA using historic tax credits to preserve the integrity of the building.

“It’s a big undertaking, but one that is necessary,” Murthy said. “As Richmond grows, we have to grow along with it, so making these updates to our Fifth Street building and moving the Sprout School to Manchester is part of that.”

The YWCA is searching for about 5,000 square feet of space to relocate its offices temporarily while work begins downtown, Murthy said, adding the space must be in Richmond and located close to a bus line with some access to parking.

Murthy also said the YWCA is always looking for locations — mainly in Richmond — to expand the Sprout School.

“We are looking for additional locations to expand the Sprout School and know that every neighborhood needs a high-quality, affordable early education opportunity,” Murthy said. “We hope to come back to the downtown area soon, near Jackson Ward or Carver.”

This is a wonderfully positive resolution to the short lived hostility that resulted of the proposed use of that church. EVerone is a winner. Life returns to the community in the form of children and early childhood education. Congratulations to everyone who worked to make this happen.