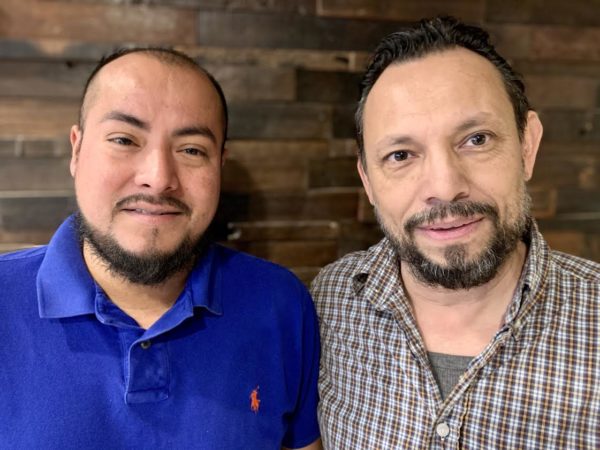 A new all-you-can-eat Tex-Mex restaurant is stuffing itself into a former Chinese buffet in Midlothian.

It’s the second restaurant that Ramos and Santos are involved in together. Ramos owns and Santos manages Gran Amanecer, a Mexican restaurant and Latino market. It opened five years ago at 9645 Jefferson Davis Highway.

Santos, who will serve as Captain Don Julio’s general manager, said the pair hopes to open the new restaurant before the New Year, with plans to pump about $400,000 to overhaul the space and kitchen equipment in the nearly 10,000-square-foot building. It has been vacant since Sino American Café closed a few years ago. 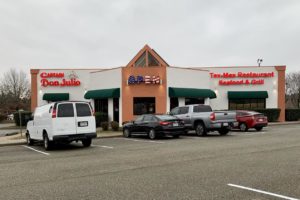 Captain Don Julio hopes to open in a few weeks at 8701 Midlothian Turnpike.

“We feel like this is a perfect concept for this location given the amount of traffic that drives by the location and the large space,” Santos said. “We plan on having furniture imported from Mexico and upgrading some of the equipment.”

Gran Amanecer sits along a stretch of Jeff Davis Highway with other Latin-themed restaurants, independent grocery stores and shops, along with a rapidly growing immigrant population from several Central American countries.

Santos said the duo always have wanted to expand beyond the Jeff Davis corridor, but was looking for the right concept to introduce.

“At Gran Amanecer, authentic Mexican food made sense because of where we’re located and the type of people that live nearby,” Santos said. “Tex-Mex appeals to a cross-section of people, plus having our authentic Mexican restaurant tied to the market (on Jeff Davis) is important to our customers at this location.” 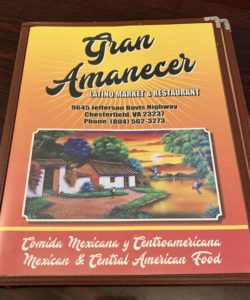 Gran Amanecer, a Mexican restaurant and Latino market, was first opened by Ramos in 2015.

Captain Don Julio will serve a variety of items at its lunch and brunch buffet, including Tex-Mex staples such as enchiladas, burritos and tacos.

Aside from several Tex-Mex dishes, Captain Don Julio is awaiting an ABC license for a full bar.

The restaurant seats more than 200 people, including a private dining area that can accommodate about 100 to 125 people.

“That was a big draw for us because now we have the space to host events, business lunches and private parties, quinceaneras … It gives us more space to grow the business in other ways.”

The restaurant also plans to offer catering, and also is working with third-party delivery services, such as UberEats and Grubhub, to deliver their food to nearby neighborhoods.

Ramos and Santos are not done growing their food empire.

With Captain Don Julio preparing for its debut, Santos said they are looking for a third location to launch a Mexican seafood concept.

“We feel that the market is in need for a Mexican seafood concept,” he said. “We’re not sure where it will go yet. We want to get Captain Don Julio open first, but we definitely want the next restaurant to center around seafood.”

The former Sino American Cafe was a forerunner of Richmond’s current “foodie” scene.

Well, I’ll have to try it at least once.