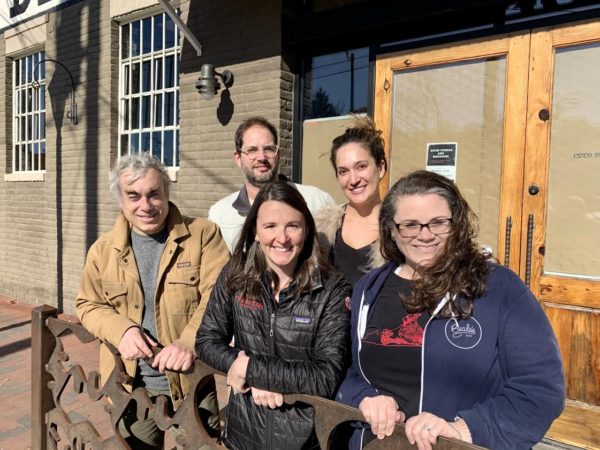 Flanked by Olde Towne Petersburg and overlooking a tributary to the Appomattox River, a well-manicured, 10-acre grassy parcel along Joseph Jenkins Roberts Street remains as a reminder of what could have been.

It was zoned for dense manufacturing in the late 1990s. City and economic leaders were ready to attract a big fish – industry – to the site, given its water access to the Appomattox, and highway entry to Interstate 95 and U.S. Routes 301 and 1.

It was supposed to be the anchor of several economic development projects envisioned to bring more people and businesses downtown.

But, despite the city casting its lures for big business, including an initiative to dredge the nearby harbor, it never baited the big one. That left the property, one of the most visible along Petersburg’s riverfront, sitting vacant and undeveloped for more than two decades.

That soon may change, as one of the city’s most prolific development groups has a plan to bring life to the site that involves little construction and doesn’t depend on an industrial facility.

“The potential has been here all along,” said Dave McCormack, president of Petersburg-based Waukeshaw Development. “It was just trying to figure out how to get others to see that the property had a better purpose than being a manufacturing or distribution site. I started to think of it as Petersburg’s Brown’s Island.”

After nearly a decade of helping guide new investment and redevelopment to Olde Towne, McCormack said his development group is ready to turn the industrially zoned site into a festival and events park, in the spirit of Richmond’s Brown’s Island Park.

“It’s a much-needed amenity downtown,” McCormack said. “This neighborhood has been developing and becoming more cohesive. There’s more businesses down here, and that harbor land became, for us, a target where we thought we could start having a lot of outdoor festivals.”

The Petersburg City Council voted during its Oct. 27 meeting to sell the city-owned property, which stretches along Joseph Jenkins Roberts Street from the Martin Luther King Jr. Bridge to I-95, to Waukeshaw for $100,000.

City assessment figures for the property were not available online late last week.

“We’re paying for this in a way that reflects our desire for this to be green space, not some industrial use,” McCormack said. “We really needed a festival site down here, and this just seemed like a natural fit.”

Festivals in the works 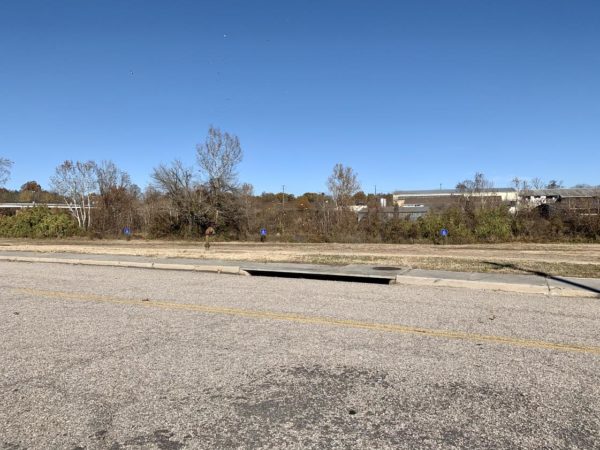 The 10-acre property along Joseph Jenkins Roberts Street is set to be a festival and events space.

As part of an agreement between Waukeshaw and the city, McCormack said his firm has a 120-day due-diligence period to list any physical changes planned for the site, followed by an 18-month period during which festivals would operate.

Waukeshaw is wasting no time trying to book events for the unnamed park in time for spring 2020. McCormack said they are working with the Petersburg Chamber of Commerce to move its Grapes & Hops Festival to the site.

The firm also is looking to bring back former festivals and create new ones, centered around Central Virginia culinary and cultural staples, such as barbecue, beer and wine, and music and art festivals.

“We feel like we can play a role not only as an operator, but also a sponsor of some events,” said McCormack, whose firm developed and owns Trapezium Brewing Co. nearby. “We think that it’s going to bring a ton of business downtown, and with the site being 10 acres, it presents the opportunity for those festivals to be even bigger.”

A little help from Friends

While bringing festivals to the site will be key to its success, Emily Sanfratella, Waukeshaw chief operating operator, said the firm is looking at other amenities as well.

The Appomattox River Trail is a 22-mile bike-and-walking trail system that starts at City Point Park in Hopewell and ends at Lake Chesdin near the Chesterfield and Dinwiddie county line.

The trail, which has been under development in various phases along the Appomattox, is slated for completion by 2022, according to FOLAR, when it ultimately would connect Prince George County, Colonial Heights and Petersburg.

McCormack said the park could serve as a major connection point to Old Towne for the trail system.

“The river is really pretty here, and I don’t think people realize that,” McCormack said. “There’s not a direct connection to the river and the trail system, and thinking about the harbor in this way really starts to connect lots of dots.”

Other amenities planned for the property include a possible dog park, a playground area and heavy landscaping along the entryway to the site, Sanfratella said.

McCormack added Waukeshaw would start clearing trees and working on ways to beautify the site to get it ready for spring 2020 events, while also considering further amenity possibilities.

“It’s really exciting,” McCormack said. “It’s a really big deal for me as a developer, a citizen and business owner down here.”

Park adds to other projects

Prepping the former harbor site in Olde Towne caps off another year of growth for Waukeshaw, which has established itself as one of Petersburg’s most productive development companies. 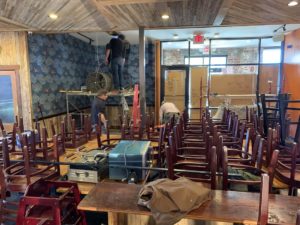 The company recently reopened its Demolition Coffee café at 215 E. Bank St. after a quick renovation in late November. As part of its relaunch, Sanfratella said the coffee shop has upgraded its menu to include more fresh-made soups, salads and sandwiches. The location also now brews Durham, North Carolina-based Counter Culture Coffee, and also plans to sell beer and wine.

“Demolition Coffee was an early project of ours,” McCormack said. “We were expecting to take a loss. … I expected to sell a couple hundred dollars’ worth of coffee a day, but it far exceeded our expectations.”

Meanwhile, Waukeshaw is planning its next commercial development across Third Street from its Trapezium Brewing facility.

Sanfratella said the firm purchased the 10,000-square-foot building at 416 Third St. for $350,000 to turn into a retail center to be anchored by a restaurant.

“It will be a Latin American-inspired restaurant,” she said. “We’re still planning on what other commercial uses would work well in the building.” 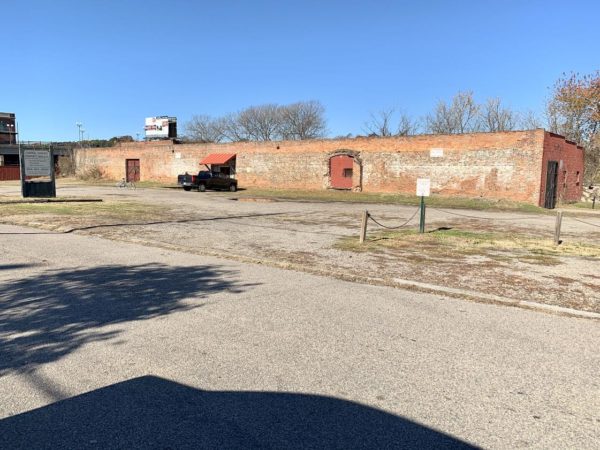 Waukeshaw Development purchased a 10,000 square foot building at 416 Third St. for $350,000. Plans call for part of the building to house a Latin American restaurant concept.

The Richmond / Petersburg area is lucky to have a great group of developers working tirelessly to improve RVA. Dave McCormack and his team are one of the best. This park is going to be an incredible amenity for Petersburg residents.

McCormack has had a knack for turning deals on properties that no one else found especially attractive, sometimes in small towns that no one else found alluring, like Bedford and Vinton. He’s one of those guys who finishes a project and everyone else says ” why didn’t I think of that?” This one, though, tops the heap! He’s taking the role of a public developer, marking his spot forever in the annals of Petersburgs revival. This goes beyond courage. He deserves applause.

Petersburg is the next Brooklyn.

After all it will become an Anchor Park. ¡felicidades!

My husband & I moved to Petersburg only a few months ago from Boston. 25+ years of shoveling was quite enough. We researched & he was sent on a mission to find us a house–in one week. Very pleased with his choice and the decision to turn our world upside down. We’re finding our Happy Places here-besides the weather- and learning about the history of Petersburg. What has especially intrigued us are all the splendid buildings, houses, architecture. So much potential! I love reading about folks with big bucks, imagination and optimism getting busy here. Very exciting! Thank you all… Read more »