Todd Nuckols is stepping down as executive director of Lighthouse Labs. 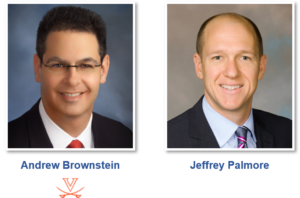 Andrew S. Brownstein has joined GreeneHurlocker as a partner. He focuses his practice on business law, corporate finance, mergers and acquisitions, real estate and investment banking. He was the founder of Global Realty Services Group.

Jeffrey S. Palmore was elected partner in the global regulatory enforcement practice of Reed Smith. He had been Of Counsel.

Alexandra K. Casagrande and Jaime B. Wisegarver have been named partners with Hirschler. 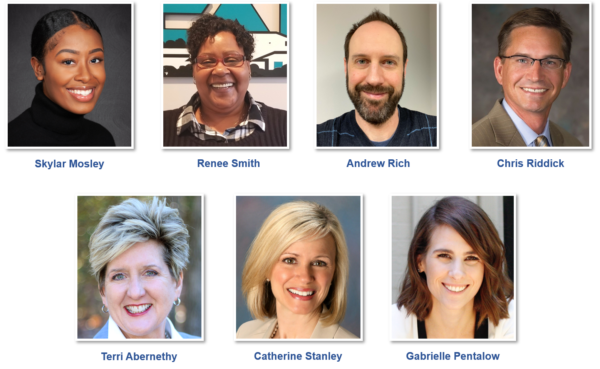 Skylar A. Mosley has joined the commercial property services of Cushman & Wakefield | Thalhimer as a property management assistant. She had been with Matrix Residential.

Andrew Rich has joined Mission Realty at eXp as a sales partner.

Renee Smith has joined Exit First Realty as a Realtor.

Chris Riddick is an associate broker.

Pete Price has founded and is the principal of Fall Line, a landscape architectural firm.

Leon Brownlee is an associate and chief transformation strategist with focus business development at Sandler Training.

Michael Glidden has been promoted to project management team lead with MOI. He had been a project manager and is a graduate of Bentley University.

Ethan McBryde has been promoted to project manager. He had been a project engineer.

Michael Locey has been promoted to estimator. He had been a subcontractor relations facilitator.

Thomas Fuller is a subcontractor relations facilitator. He was with Shively Enterprises.

Frank Besosa, Mike Clark and Wes Santon have been promoted to senior vice president in the commercial real estate division of Essex Bank.

At the Federal Reserve Bank of Richmond:

Jerry Bryant is an assistant vice president in information technology services. He has degrees from the University of Rochester and North Carolina State University.

Byron Reeves has been promoted to assistant vice president of information technology services. He has degrees from Virginia Tech and Virginia Commonwealth University.

Eugene A. Woods with Atrium Health, Charlotte, N.C., has been appointed deputy chair with the board of governors of the Federal Reserve System.

Andrea Peeks is director of budget and management. She had been with the Virginia Retirement System and has degrees from the University of Mary Washington and Virginia Commonwealth University.

Brent Epps is director of transportation. He had been assistant director and is a graduate of Old Dominion University.

Jonathan Miranda has joined Torx Media as a web developer. He had been with Maxx Potential.

Joi Dean has been elected to serve as a director on the board of the International Bridge, Tunnel and Turnpike Association. She is with the Richmond Metropolitan Transportation Authority.