Closing out a year in which it also acquired a competitor, a local real estate investment firm ended 2019 on a high note with a 75-home portfolio purchase.

Principal Frank Cava said the deal was presented to the company after another portfolio purchase in 2018, in which his company paid nearly $3 million for 29 homes owned by developer and businessman David Dagenhart Jr.

As was the case with that deal, the Hunt properties consist primarily of rental houses scattered across Richmond that Cava said will be improved and converted to for-sale homes. He plans to put between $50,000 and $150,000 into some of the homes, with easier units hitting the market by the end of this month, and those requiring more work over the next year or two. 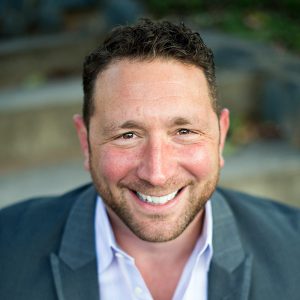 “Some of them we’ll take to other investors, some we’ll put on the MLS the way they are, some we’ll go in and clean up to add value,” he said.

Post-renovations, Cava said the 75 homes would total as much as $13.6 million in after-repair value, adding to the company’s inventory that includes more than 50 other houses that are being improved, more than 150 rental units and 60 vacant lots.

Terms of the Arch Capital deal, which closed Aug. 1, were not disclosed. A probationary period ended in November, Cava said.

The acquisition brings Furman and another full-time employee into the Cava fold, along with Arch’s book of business, marketing websites and campaigns, and client and prospects database. With Cava, Furman assumes a role of acquisitions manager. 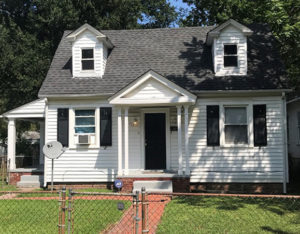 Cava said the deal adds to his company’s overall sales output and provided Furman and his team with more resources, such as property and capital management, and access to capital that Arch lacked.

Furman said joining forces allows him to focus on the customer-facing side of the business that he prefers over the ownership side.

“The more I got to know (Frank) and see the innards of his company, the more comfortable I felt with saying there’s certain aspects of the business that I’m not great at, they’re not my strengths,” Furman said. “I figured if we joined forces together, I would have the systems and support and also the knowledge base that he has to really increase what I enjoy doing.”

Cava said his company has a busy year ahead, with a goal of bringing several hundred properties to market in 2020. Of those, he said about 80 percent would be priced below $300,000.

“On the transition from rent to own, we see a major need there, so we’ve been stockpiling individual building lots and lower-priced inventory that we can repurpose, renovate and bring a really nice product to market,” Cava said.

The company’s inventory includes higher-priced product, including properties in the city’s West End priced upwards of $500,000. The 75 properties in its latest portfolio purchase include homes in Northside, Church Hill, Forest Hill and other neighborhoods.

Cava said the company closed 240 deals last year, putting its gross sales volume for 2019 at $8.35 million. The company, which rebranded from Cava Capital early last year, is based at 1806 Summit Ave. in Scott’s Addition, where it moved from the old Markel headquarters building in 2018.

If you’ve met Frank Cava you’ve met pure energy. The man wakes up running. Prospective home owners should be watching carefully for the houses to hit the market.

I hope he does nice renovations on those, not just coat of paint. If so it will be great for the city

they do a coat of paint

While there is a great need for inventory in the purchasing price point below $250k (not $300k), what is going to happen to the inventory of affordable rental property in these neighborhoods? Where are these families renting these 75 homes supposed to go? I assume they’ll be evicted? With an average purchase price of $73,333, and aiming below $300k, that seems like a pretty fat cash grab while throwing families out on the street.

You are absolutely correct, what happens to the families who are in those homes. I happen to be one of those individuals who was living in a Genesis property now owned by Cava. And you’re exactly right, we received a notice to vacate at the end of our lease, with no reason given. We thought we were going to be an extended rental situation… it has become a very devastating situation for me and my elderly mother…. I have even contacted Cava and asked if they have any comprable properties. They told me they have none, even after such a… Read more »