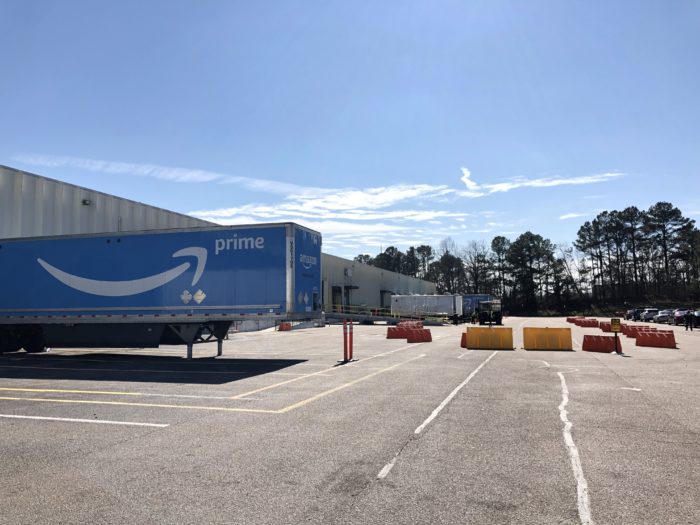 The Bear Down facility on Carolina Avenue across from Richmond Raceway will shut down in the spring. (Michael Schwartz)

An Illinois-based company that provides last-mile delivery for Amazon is closing facilities across the country, including an outpost near Richmond Raceway, which will result in the loss of 75 local jobs.

Bear Down Logistics will shut down operations in five states and lay off hundreds of employees after Amazon cut ties with it because the company couldn’t meet Amazon’s standards, Bloomberg reported Friday.

Those layoffs extend to a Henrico County facility on 4101 Carolina Ave., where 75 employees are slated to be laid off April 13 as a result of the facility’s closure, according to a notice the company filed with the Virginia Employment Commission.

An Amazon spokeswoman confirmed the split but declined to elaborate on why Amazon ended the partnership.