Thomas A. Coulter is a partner.

Jerry Canaan is a partner.

Suzanne Lim is Of Counsel. She has degrees from Purdue University and the University of Richmond.

Melissa Furlough is a paralegal and legal assistant.

Kelly Todd is the director of Centralized Credentials Verification Service. She had been with the Community Care Network of Virginia.

Abigail Schwartz has joined RVABaby as a pediatric nurse practitioner. She has degrees from James Madison University and Old Dominion University.

Steve Florian and Trae Dudley are sales advisors in the equipment division. Florian is a graduate of Fortis College. 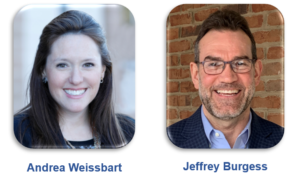 Erin Rowe has been promoted to market manager with SMBW.

Erin Webb has been promoted to a firm principal. She is a member of the residential studio.

Ed Pillsbury has been promoted to director. He is a member of the commercial architecture studio.

Maggie Davids is a junior designer. She has degrees from Virginia Commonwealth University.

Brittiany Dubose is a bookkeeping and purchasing agent. She is graduate of Virginia Commonwealth University.

Brian Kirby is a construction manager, The Cove at Magnolia Lakes.

Austin Blinn is erosion and soil specialist with Cornerstone Homes and The Crescent Group.

Sherwood Day is a construction coordinator and permit expeditor. 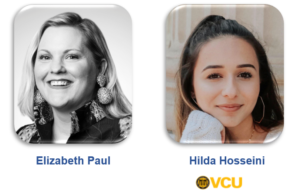 Brian Kao joined Workshop Digital as a PDM analyst I. He is a graduate of the College of William and Mary.

Kate Pyle has been hired as full-time account manager at Big Spoon Co.

Elizabeth Paul has been named chief strategy officer for The Martin Agency. She had been with MullenLowe.

Shannon Nelson is a junior copywriter. She is a graduate of Virginia Commonwealth University.

Kate Carpenter was promoted to associate creative director. She had been senior art director.

Donna Arrington has been named accounting director for Chesterfield County. She had been assistant director in the accounting department.

Kristen Secor has been promoted to director of operations. She had been director of fitness and nutrition programing.

Kathryn Palombo is studio manager of Boho Cycle Studio in the Museum District.