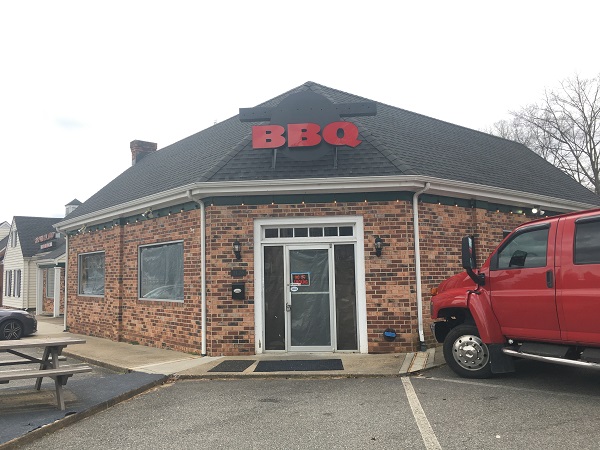 After 11 years slinging barbecue from a trailer across the region, a Midlothian-based mobile kitchen will start serving up its meats from a new brick-and-mortar location in Henrico County later this month.

Jadean’s Smokin’ Six O has signed a lease to bring its operation to 1126 Westbriar Drive, in a retail strip just off Patterson Avenue in western Henrico County.

Jadean’s will open March 12 in the 1,800-square-foot space, the former location of Alexander’s BBQ, which shut down in July when owner Keith Phillips died.

Its mobile kitchen – a modified trailer with a smoker – won’t be scrapped. It will continue to operate to complement the restaurant that’s been years in the making, co-owner Janet Chamberlayne said. 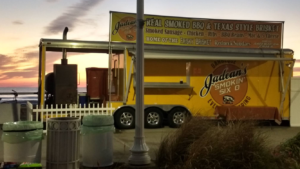 Jadean’s Smokin’ Six O is a mobile kitchen that will open a restaurant in Henrico County this month. (Courtesy Jadean’s)

She said customer feedback played a role in the decision to set down roots with a brick-and-mortar location.

“The second sentence out of peoples’ mouths, after taking their orders, was, ‘When are you going to open a restaurant?’” Chamberlayne said.

The restaurant will feature a bar that will lean on the experience of Chamberlayne’s son, Aubrey, who has worked as a bartender for years, making stops at Capital Ale House and, most recently, Tarrant’s Cafe. Aubrey also will manage the restaurant. The location also will add a dessert menu.

The location has the benefit of being associated with barbecue and beer, which made it a good fit, Chamberlayne said. Phillips had owned Alexander’s BBQ for a couple years before he died. The restaurant had operated at the space since 1989 under original owners Dan and Lori Alexander.

Jadean’s is betting that reputation will help attract customers to the spot, said Dean Ciejek, Chamberlayne’s husband and the business’s co-owner. The company’s name is a portmanteau of their first names.

Jadean’s restaurant will have six employees and could offer delivery service in the near future, Ciejek said.

“We have 50 percent of it knocked out with it being an established business,” he said.