Cynthia E. Hudson has joined the government group at Sands Anderson. She had been chief deputy attorney general with the Commonwealth of Virginia.

Lisa M. Streat is senior vice president, private client advisor with Virginia Commonwealth Bank. She had been with First Tennessee/Capital Bank. She is a graduate of Guilford College.

Megan Sullivan has been promoted to assistant vice president with Colliers International.

Carthan Currin is director of economic development for Petersburg, effective March 31. He had been with the county of Brunswick. 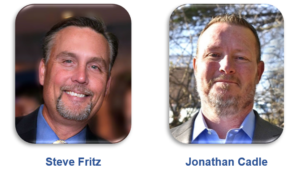 Stephen Fritz has been promoted to chief operating officer for HHHunt.

Jonathan Cadle has been named senior vice president of Howard Shockey & Sons. He had been with Hitt Contracting.

Maddy Westgate has joined 903 Creative as a designer.

Molly Whitfield has been named president of Madison+Main. She will continue as chief operations officer.

At The King Agency:

Andy Shaw is the director of strategy and connections.

Brett Ruiz has been promoted from associate creative director. He had been senior art director.

Larry Mulligan has been promoted to chief operating officer of Richmond Metropolitan Habitat for Humanity.

J.C. Poma was promoted to director of sports relations.

Jerrine Lee was promoted to director of sports development.