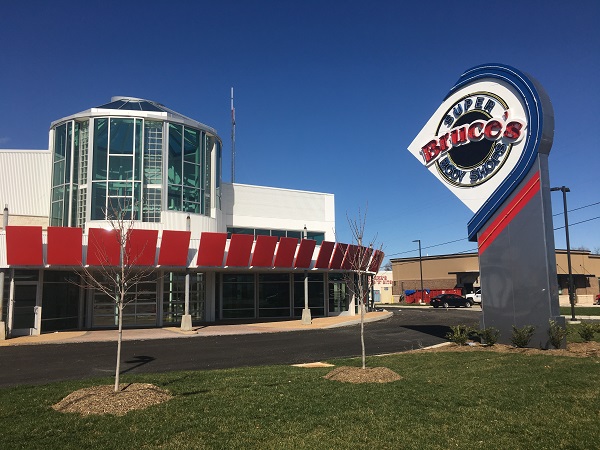 A local family-owned chain of auto repair shops is about to open the doors to its rebuilt shop in Midlothian.

Bruce’s Super Body Shops dropped about $5 million to renovate its location at 11200 Midlothian Turnpike. The shop is expected to reopen in a couple weeks, owner and founder Paul Hutchins said.

The new construction maintains the roughly 24,000-square-foot area of the previous facility, but it has been rebuilt to more closely mirror the design of the chain’s other locations in the West End and Williamsburg, and features the glass dome found at those shops. Hutchins founded the chain in 1978.

“We wanted to make all the stores the same,” he said.

The new shop is also closer to the road, making it more noticeable to passing motorists. The shop it replaces was set back behind a stretch of grass and a parking lot. The new building features new equipment and offices, as well as more windows, to create a more-inviting atmosphere, Hutchins said.

The facility can handle 50 to 60 cars at a time and about 30 people are employed there. The location has been closed during the year-long construction project that started in February 2019. Customers have been directed to the Bruce’s in the West End in the interim.