Damon E. Duncan, president and chief executive officer of the Richmond Redevelopment and Housing Authority, is stepping down.

Justin M. Sheldon has joined Breit Cantor Grana Buckner as an associate. He has degrees from Roanoke College and the University of Richmond.

Patrick Rogers is a Realtor. 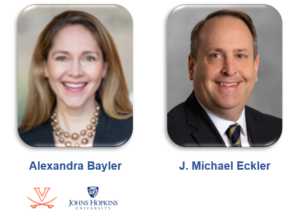 Alexandra “Ali” Bayler joined Brown Advisory as a portfolio manager. She had been with Spider Management Co.

Steven J. Yob has been appointed deputy county manager for community operations for Henrico County, effective March 28. He is currently with Henrico’s Department of Public Works.

Michael Rauch is project manager with EDC. He had been with S.B. Ballard Construction Co.

Denise Burr has been named chief operating officer for Shades of Light. She will continue as chief financial officer.

Andrew Simpson has joined Madison+Main as an account executive. He had been with Snow Companies in Williamsburg and is a graduate of Christopher Newport University.

Heather Placer is president of the the Mid-Atlantic CCIM Chapter. She is with Shaheen, Ruth, Martin & Fonville.