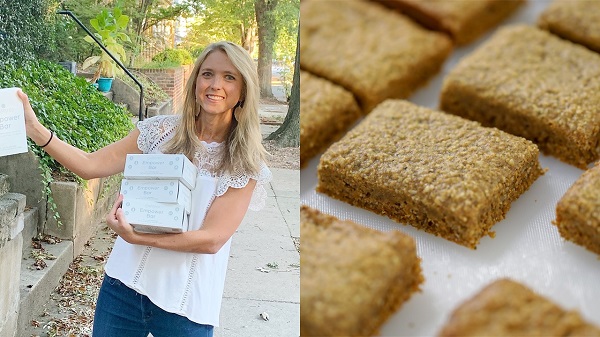 Gratisfied, which McGlothlin launched in early 2019, sells bars made with the seeds from pumpkin, hemp and sunflower as well as organic pea protein and avocado oil, among other ingredients.

While small shops have helped Gratisfied expand locally, McGlothlin is beginning to tap into Whole Foods Markets to get her products into cities such as Charlottesville, Raleigh and Washington, D.C.

Gratisfied bars appeared on the shelves of the Whole Foods in Short Pump this month. And earlier this year, the newly opened Whole Foods at Sauer Center started to carry the company’s product.

Though Gratisfied is focused on strategic growth into markets near its home base of Richmond, it’s been receptive to unexpected demand in places you might not expect to see gourmet food bars from Richmond. Like Waconia, Minnesota.

McGlothlin said the reach of social media has helped generate out-of-town interest that paved the way for stores in Minnesota, Kentucky and Tennessee to carry her product. Stores outside Virginia started to carry Gratisfied bars in January.

Its bars are in 30 to 35 stores now, the majority of them in the Richmond area, and the company plans to be in 300 to 1,000 stores by year-end. Gratisfied also sells through its website, where a six-pack of bars sells for $20.99. 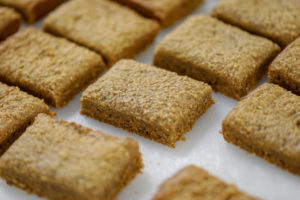 Gratisfied makes health-food bars in both vegan and non-vegan varieties.

McGlothlin, who has a background as a holistic nutritionist, created the recipe for the bars three years ago for herself, family, friends and clients to eat. While she’s tweaked the recipe since then, the bars continue to focus on plant-based protein, low sugar and healthy fats.

She said the company has its genesis in a common query from her clients 一 what was the best on-the-go bar for their health?

McGlothlin didn’t have an easy answer for that because while there were some OK options out there, there wasn’t anything she could wholly stand behind for whatever reason, with issues ranging from taste to amount of sugar. She felt motivated to fill that gap.

Gratisfied, which has five employees, has been operating out of the Hatch Kitchen in Manchester since April. Hatch Kitchen is an incubator for food and beverage businesses. McGlothlin declined to comment on the company’s production capabilities.

She said last week that operations continue despite the coronavirus pandemic. The company is still shipping to customers and is offering a discount with a promo code on its bars.