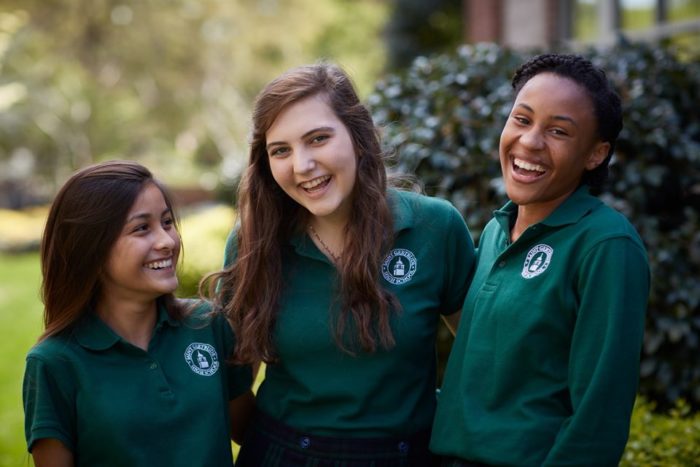 The all-girls Catholic high school will move from its campus in the Museum District to the campus of all-boys Benedictine College Preparatory at 12829 River Road in Goochland County this summer in preparation to hold classes there this fall. When the longstanding Catholic schools announced in January their plans to combine and create Benedictine Schools of Richmond, it also was announced that Saint Gertrude would move to Benedictine’s campus, though at that time the move was scheduled for the 2021-2022 school year. 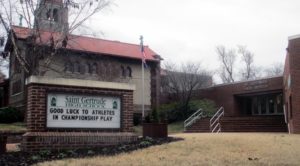 The expedited move, announced last week, comes in response to economic uncertainty brought on by the pandemic. National and state independent school associations recommended schools prepare for budget impacts due to the virus, and Benedictine Schools of Richmond wants to avoid the cost of maintaining two campuses.

“Because of this strategic move, we are confident Saint Gertrude and Benedictine will come out on the other side of this pandemic stronger than ever before,” Saint Gertrude spokeswoman Kristina Kerns said.

Kerns declined to share what the cost savings would be. She likewise declined to discuss what, if any, layoffs may come as a result of the consolidation.

Saint Gertrude reported $5.5 million in expenses in its annual report for 2018-2019. Of that, facilities, excluding depreciation, accounted for about $357,000. That same report showed $5.2 million in revenues and donor support for the period.

The faster relocation hasn’t affected plans to sell the Saint Gertrude campus at 3215 Stuart Ave. The school is still on the market, and there are “several interested parties” eyeing a purchase, Kerns said.

The Saint Gertrude school is built on a roughly 2-acre parcel. That property is worth $9.2 million, according to city property records. The Benedictine Sisters of Virginia, which owns the school, also owns several adjacent, small parking-lot parcels valued at $165,000.

Pending guidance from government and private school association officials, the plan is that there will be students attending classes on the Goochland campus in the fall, Kerns said.

The current facilities are adequate to house the student populations of both schools and some minor modifications to the building, such as renovations to unused classrooms and creation of girls’ restrooms. No temporary classrooms are expected to be needed, Kerns said.

While students from both schools will share some facilities, classrooms will be single-sex. The schools essentially will continue to operate as separate entities.

A building for Saint Gertrude is expected to be built in time for the 2022-2023 academic year. Benedictine has been at the Goochland campus since 2013. Benedictine’s tuition is set at about $19,800 a year, according to its website. The school has an enrollment of 270 students, according to the Virginia Association of Independent Schools website.