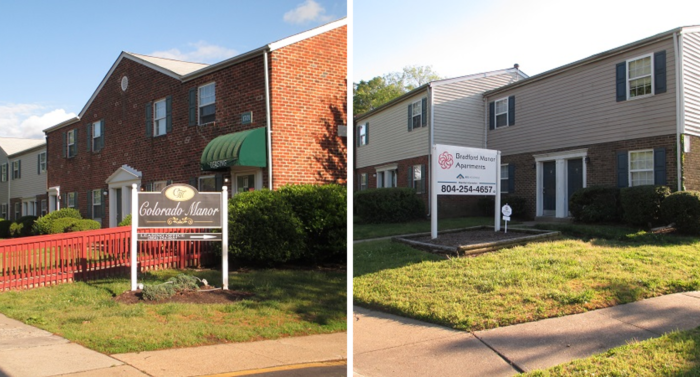 An entity tied to downtown-based Dobrin Property Management purchased the 76-unit Colorado Manor apartments near Randolph and the 56-unit Bradford Manor Apartments in the city’s East End in separate deals that both closed March 31. 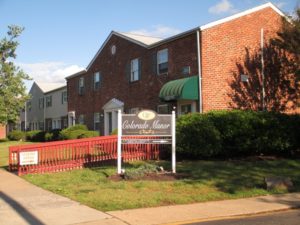 Fairview 2 LLC, which lists Dobrin’s office as its principal address, paid $3.11 million for the Colorado property and $2.24 million for Bradford, according to online city property records.

Located beside Hollywood Cemetery along Colorado Avenue, Colorado Manor was built in 1962 and consists of two-story townhouse units that are described in property records as low-income housing.

Bradford, along Fairfield Avenue between 20th and 21st streets, was constructed in 1965 and also consists of two-story townhomes. 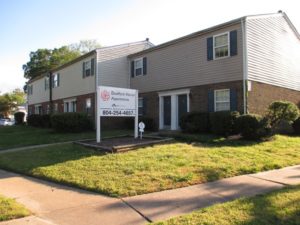 Bradford Manor Apartments is located along Fairfield Avenue between 20th and 21st streets.

The seller for both properties was CC Fairview LLC, an entity based in Connecticut that purchased the sites in 2015 in a multiparcel deal totaling $4.8 million.

Dobrin did not respond to a request for comment. A message left for its operations director was not returned.

Dobrin’s portfolio consists of rental units primarily in the VCU, Randolph, Fan and Jackson Ward areas. The company has a home-buying arm, Dobrin Homes, and is affiliated with Dobrin Consulting, a pharmaceutical and health services management consulting firm led by Alex Lugovoy. Lugovoy is listed as the registered agent for the LLC that owns Dobrin’s office building at 304 E. Main St.

oof. Hopefully Dobrin does a better job taking care of these than their other properties. But in my opinion they seem shockingly bad on the maintenance front across the board, from the places I’ve seen their signs on

Randolph Manor is the Near West End planning district. Clearly not the East End.