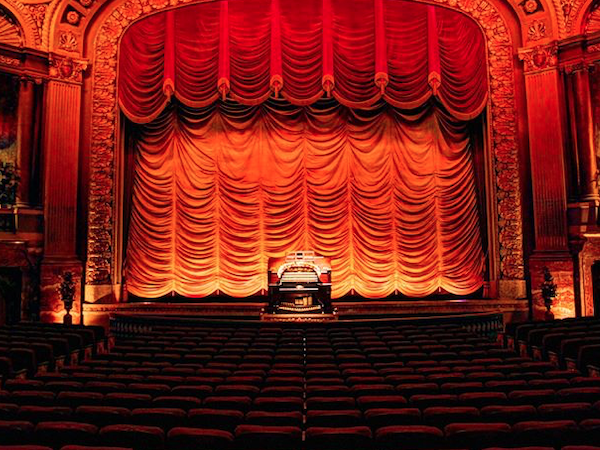 Even in a time of pandemic, the show must go on.

Just as businesses figure out how to navigate the disruptions of the coronavirus, so do arts-oriented nonprofits as government orders have prompted organizers to cancel concerts and theaters to close their doors.

And with ticket sales dried up as would-be audience members hunker down at home, and theaters and art venues not yet on the governor’s list for approved reopening, several Richmond-area arts organizations have gotten creative about how they can bring their experiences out of venues and into living rooms to make a few bucks.

The Byrd Theatre’s storied screening room has been empty since the movie house closed March 14. The nonprofit that runs the theater launched its virtual screening room series March 24, which allows viewers to pay a fee to digitally stream films during their theatrical release run.

The films, which aren’t available on other streaming services, range from documentaries to comedies. The program is done in partnership with independent distributors. New films are added almost weekly.

The program was developed as a way to maintain some revenue flow and as a service to the community. The distributors made the films available to the theater at no cost, and split the revenue generated by the program with the Byrd. The percentage of the split varies based on the distributor, Byrd spokeswoman Lisa Rogerson said in an email.

Nine films were available for rent on the theater’s website Wednesday morning. Ticket prices ranged from $10 to $12. While the program webpage didn’t mention the theater’s cut of the sales for every movie listed, the films that included that information noted the theater would receive 40 to 50 percent of net proceeds.

“We hope these programming options bring joy and entertainment to our community while everyone is at home. We are fortunate to be able to offer this and in return the community has been donating to help us maintain our operations, and renting the films, also helps add to the operating bottom line,” Ted Haynes, president of the Byrd Theatre Foundation, said in a statement announcing the program last month.

The Byrd has retained its 11 employees. While the streaming isn’t a perfect replacement for in-person movies, it has generated some revenue. There are about 720 visits to the virtual screening room weekly. Donations will be key to cover operating expenses, Rogerson said.

“It’s nothing like our normal film showings would be but it’s bringing in a little revenue in a hard time,” she said, adding that the Byrd is still weighing what a reopening will look like. It’s unclear whether the streaming program will continue post-pandemic.

The Richmond Symphony likewise is unsure what the future holds for its programming. The symphony canceled its spring programs, and hopes to pick back up with live performances this summer, though that will depend on government guidelines, Executive Director David Fisk said.

Ticket sales account for about 30 percent of the organization’s $6 million or so in annual revenue, so the cancellation of performances has created a financial challenge. However, the symphony received payroll assistance from the federal government, and that, along with donations, might help it limp along until the dust settles, Fisk said. The symphony hasn’t laid off any employees.

In a bid to drum up donations to make up lost revenue from programming, the symphony held a virtual concert and fundraiser via Facebook Live in late April. It pulled in more than $40,000 from about 330 donors. Though the fundraiser exceeded its $30,000 goal, there aren’t any plans for another similar fundraising event at this time. 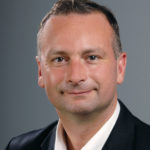 The big question is how audiences will respond once stay-at-home orders are lifted. The symphony has received calls from fans who inquired about when the concerts will kick off again, so Fisk expected that while there will be people eager to see live music, others may continue to be weary of crowds even after officials determine it’s safe for people to congregate. The Richmond Symphony has been exchanging notes and consulting with counterparts elsewhere as the whole industry tries to chart a course into the future.

“We’re all trying to figure this out,” he said.

The symphony is looking into how it can broadcast performances, something that will be key to make room for audience members concerned about being in public in the future. Some events still planned for the summer could be streamed.

The pandemic’s disruptions have created a difficult climate for musicians. Members of the symphony patch together an income drawn from the steady employment of the symphony and other performance gigs at events or churches, which have dried up. But Fisk seemed hopeful the symphony would survive and felt musicians will play a key role in uniting the community in the aftermath of the pandemic.

“It will be a tough time for all performing arts groups, but don’t underestimate our ability to bring people together after this,” he said. 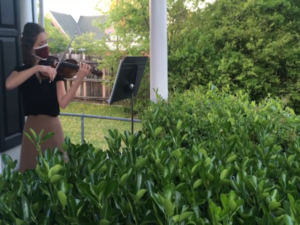 The lost income of local musicians motivated Classical Revolution RVA to allocate money to pay musicians to perform in video recordings that are put online for audiences to view for free. The nonprofit, the local arm of an international nonprofit based in California that promotes awareness and appreciation of classical music, is accepting donations to support musicians.

Classical Revolution allocated $5,000 toward its coronavirus fund, which has been buoyed by another $7,000 in outside contributions. About $4,700 had been paid to musicians, according to its website Wednesday.

The effort is an attempt to help local musicians recoup lost income after their gigs fell through due to the virus. Classical Revolution has its own calendar of events that were canceled, and the organization found a receptive audience when it moved to online streaming. The organization put out a general call to the 150 musicians in its network to offer the assistance, though any musician who has lost work due to the virus can get involved, said Andrew McEvoy, executive and artistic director of Classical Revolution.

“I felt that we were in a unique position to pivot into this crisis,” McEvoy said. “In light of the crisis, musicians immediately lost employment.”

Musicians play for 10 or 15 minutes and are paid $100 to $300 a session. While musicians have the option to record their own videos, McEvoy has done the videography on the first sessions, one of which he performs in himself. He said he’s sought to capture some of the excitement of live music in how he approaches the editing and shooting process.

McEvoy, who is also a gigging classical guitarist, is part of a two-person shop at the nonprofit. He said the pivot to digital streaming connects audiences to musicians, and that with any luck his and other peoples’ efforts to preserve the arts will help creatives make it to the other side of the pandemic.

“I think everyone is hitting the same note ー that we need to work together. If we don’t support the musicians, they won’t be here when this is over,” he said.