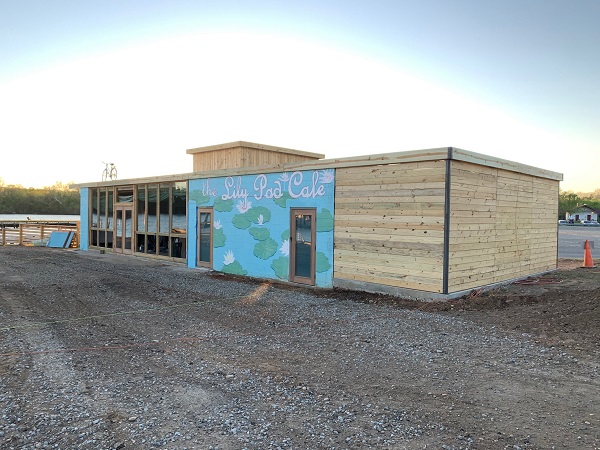 As state dining restrictions begin to relax with the prospect of limited outdoor seating, the new owner of a seasonal restaurant along the river in eastern Henrico is expecting to capitalize on the times when he reopens his revamped version in coming weeks.

Max Walraven, who last year took over operations of the Kingsland Marina at 9680 Osborne Turnpike, is putting the finishing touches on updates to the marina’s dockside restaurant, the Lilly Pad Café, which he likewise purchased in 2019 and aims to open June 1. 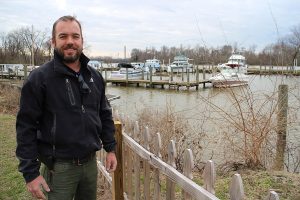 Walraven owns and operates the Lilly Pad with his wife Karen. He said they’ve put about $250,000 into renovating the restaurant, including upgrades to the building, kitchen and operations. They’re also upgrading the menu, with input from some notable names in Richmond’s dining scene.

While its dining room will remain closed in accordance with state rules, and despite being new to the restaurant business, the 36-year-old Hawaii native is betting the Lilly Pad will do well in the age of social distancing thanks to its ample outdoor seating that he expects to capitalize on as restrictions are relaxed.

The first phase of Gov. Ralph Northam’s plan to start reopening the economy, which was set to start today, allows restaurants with outdoor seating to provide open-air dining at 50 percent capacity. Walraven said he has enough outdoor seating to accommodate 85 diners – or 42 at half-capacity.

“People, I think, are just itching to be outdoors now because of quarantine, so I think we are really well-positioned to capture all the business,” Walraven said. “I think that people aren’t going to rush to (a restaurant) and want to sit next to a table of 10 other people when Northam opens up the state. Just because they’re lifting these restrictions, you’re not going to want to go and pack a movie theater immediately.” 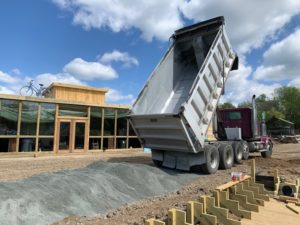 Renovations to the building and grounds have been underway for months.

Since he started making improvements to Kingsland last year, Walraven said word-of-mouth helped Lilly Pad’s business surge during the summer to five times what it brought in in previous seasons. He said the restaurant, which typically is open May to October, brought in about $500,000 in business last year, compared to about $100,000 in previous years.

“It went from kind of a secret spot to blowing up,” Walraven said of the restaurant.

Improvements to the restaurant include a fryer and brick pizza oven in the kitchen, which he said can now accommodate more orders at a time. He’s also added a point-of-sale system for staff, a step up from the restaurant’s previous single cash register.

A to-go window has been installed to accommodate pickup orders, now essential in the age of coronavirus. Likewise with dining restrictions in mind, Walraven said he’s also eyeing food delivery service – but not to houses per se. 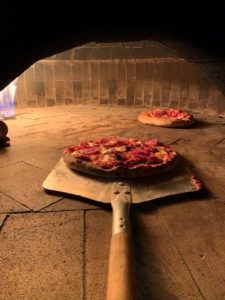 “We’re legitimately talking about jet ski pizza delivery,” he said. “There are hundreds of boats out on the weekend; why not treat them like moving houses? We’ll deliver a pizza down the street; why wouldn’t we deliver a pizza on the water?”

For the menu, Walraven’s adding onto the Lilly Pad’s burgers and bar-food fare with dishes he’s developing with help from some seasoned area chefs. Consultants have included Mamma Zu’s Javier Maury and Billy Bread-maker Antbear Bakery, which Walraven said has been helping with sourdough recipes for his pizzas. He said he’s lining up a kitchen manager.

Walraven said he’s keeping some of its old favorites and intends to maintain a range of prices, from $10 lunches to pricier dinner options. Wraps, salads and locally sourced produce will be added as well to serve cyclists stopping off Osborne Turnpike.

Despite the enhancements to the menu and restaurant overall, Walraven said he’s not looking to change what patrons have come to know as the Lilly Pad. Acknowledging some initial pushback from regulars, Walraven said, “I think a lot of the people at the restaurant thought this guy’s going to make it a new Rocketts Landing. That’s not my intention.”

“It’s everyman’s marina,” Walraven said. “People who may have thought he’s going to change it all and make it unaffordable and too fancy, very quickly all those people who were kind of grumbling behind the scenes are now allies and friends. They saw what I was doing with the restaurant; they saw it immediately got better.” 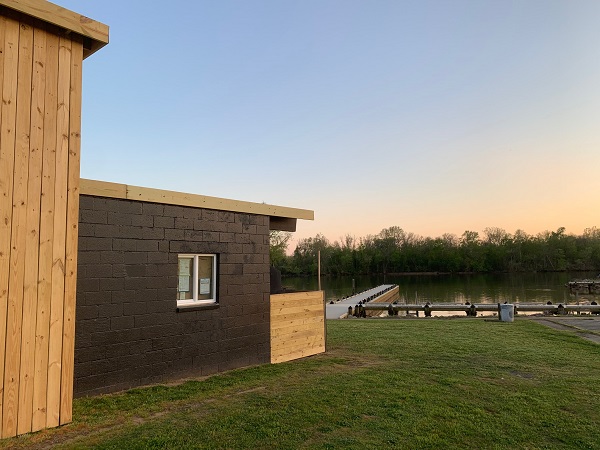 The dockside restaurant features views of the James River.

Since purchasing a majority stake in Kingsland last year, as he did years before with the nearby Richmond Yacht Basin marina, Walraven had been leasing the Lilly Pad to its previous operator, Jo Ann Mattern, who had run the restaurant for the past three years.

When Mattern’s lease came up for renewal last year, Walraven said they didn’t agree on new terms and he purchased the restaurant, including rights to the name, social media and other assets. He and Karen are operating under a new entity called The Lilly Pad LLC.

Attempts to reach Mattern for comment were unsuccessful Thursday.

Dating back to the early 2000s, Lilly Pad is named for its original owner, Candace Atkins, whose first name is Lillian, Walraven said. A mural painted on the side of the converted tackle shop incorrectly spells the restaurant’s name as “The Lily Pad Café,” but Walraven said he’s keeping the mural despite the error. 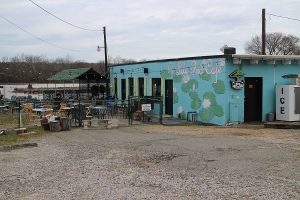 He worked with local contractor Drew Miller on the remodel, with design and drafting help from contractor John George, whose area projects include The Tiber condos in the Libbie and Grove area.

While the remodel is timing out well with the coronavirus, depending on one’s perspective, Walraven said the project wasn’t motivated by it and was in the works months before the pandemic hit.

“We were going to be shut down anyway, so this has been almost a blessing to kind of slow everything down and just be ready for when everyone reopens,” Walraven said.

“Some places are closing, some people don’t know how they’re going to survive. We’re ready,” he said. “We are positioning ourselves to capture every person who walks through here.”

As for Kingsland overall, Walraven is still planning to dredge the marina’s inlet and boat slips – an effort he said he’s coordinating around the state’s plan to dredge the adjacent Osborne Boat Landing.

He also remains in a legal fight with the marina’s previous operators, Henry and Michaele Upshur, who sued him following his majority stake purchase claiming they were supposed to have first dibs on the property. A hearing in that case was to be held last month but is now scheduled for August, a delay Walraven attributed to the coronavirus shutdown. 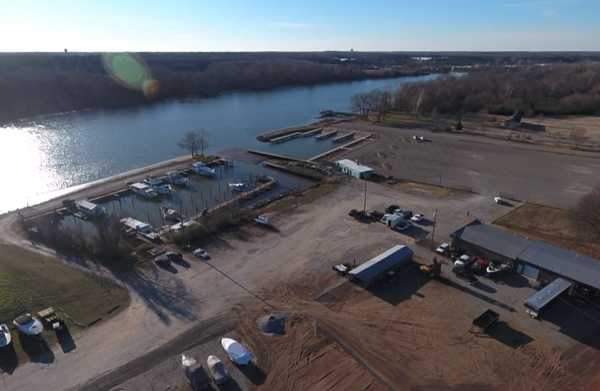 it’s a hidden jewel on the river. you’d never know its there without seeking it out, and finally someone is improving it! I’ve heard rumors of some great live music shows there.

Lilly Pad was perfect just the way it was. Another Richmond institution lost to more bland, overpriced yuppie crap.

Hope to see you there too 😉

Hmmm. Mixed feelings. I’m happy to see the reinvestment but I will miss the dive bar quality of the original. Let’s hope they bring back burger nite.

Burger night isn’t going anywhere! Hope to see you there.