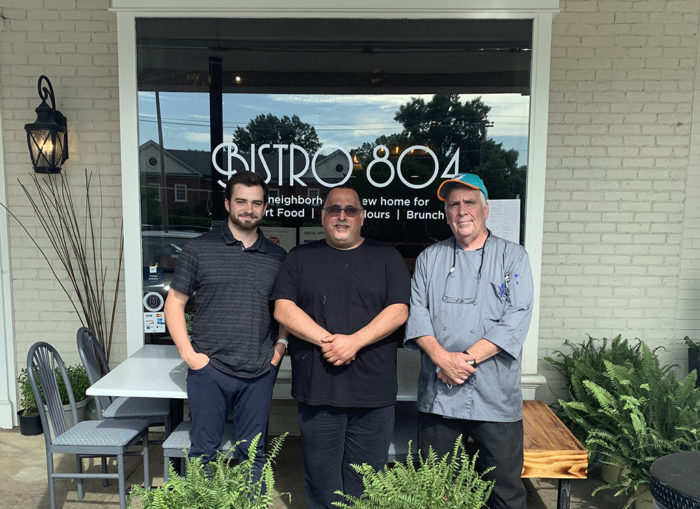 Opening a restaurant a month into a pandemic is far from ideal, but Nader Hagez took the leap anyway.

Hagez and his mother, Virginia Hagez, both restaurant industry veterans, opened Bistro 804 in mid-April at 443 N. Ridge Road in the Tuckahoe Shopping Center.

“I’ve been in business for over 30 years, and of course, this is probably the scariest situation that we’ve had,” said Nader, who also owns Four Brothers Bistro, a burger joint with two locations, in Glen Allen and downtown Richmond. “It was quite difficult, but you know, we just decided that we’re going to have to do it some time or another, and we might as well get going.”

Bistro 804’s 3,500-square-foot space seats up to 98 and stands in place of The Backyard Grill, which closed in November 2019. Hagez said he first heard about the storefront from Daniel Warren, a longtime family friend who runs Warren Services Inc., an ice machine repair service. 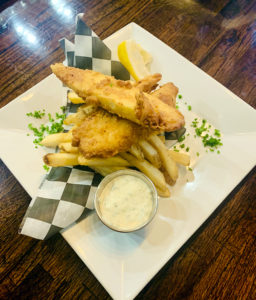 Hagez said he was drawn to the Tuckahoe spot due to the surrounding neighborhoods and the shopping center’s visibility. Similar nearby restaurants include Melito’s, The Tavern and The Grill on Patterson Avenue.

“I just think that there’s enough room for everybody to make money,” Hagez said. “I would just like to be part of that circle.”

Hagez said he’s pleased with the patronage so far at Bistro 804, which is running at 50 percent indoor capacity as “people are still testing the waters.” Online and curbside orders have remained steady. He said its most popular dishes are beef tenderloin, strawberry spinach salad, shrimp tacos and burgers.

Luke Stackow, who was previously manager of Backyard Grill, is running the day-to-day work at Bistro 804.

“I just want to get rid of the old reputation from the old restaurant and just really give this place a new vibe,” Stackow said.

The son of Lebanese immigrants, Nader was born and raised in Richmond, and watched his parents start and run Mediterranean Bakery & Deli. He opened Nader’s Bistro & Grill in 1999, motivated to continue in the family business. 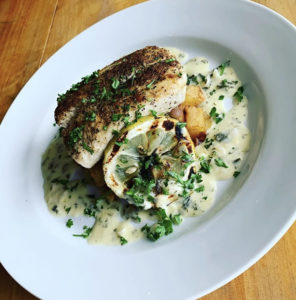 Some of the restaurant’s most popular dishes are beef tenderloin, strawberry spinach salad, shrimp tacos and burgers.

Hagez and his mother invested $70,000 in Bistro 804. She helps behind the scenes with logistics, paperwork and phone calls.

Growing up, Hagez knew his parents worked hard running their restaurant, but he didn’t fully realize how much work went into it and the challenges he’d face.

His Four Brothers Bistro location near VCU was broken into amid George Floyd protests in downtown Richmond. Hagez said he happened to wake up as he got a phone call at 1:16 a.m. on May 31 from the alarm system.

“Our worst fears came true, between the breakage and the things that were stolen,” Hagez said.

However, he said the community was there the next day to clean up and help rebuild businesses like his that were damaged. He hopes the community’s recent support will translate to success for both Four Brothers Bistro and the nascent Bistro 804.

I hope that your VCC location in Glen Allen will soon re-open! Miss those delicious burgers.