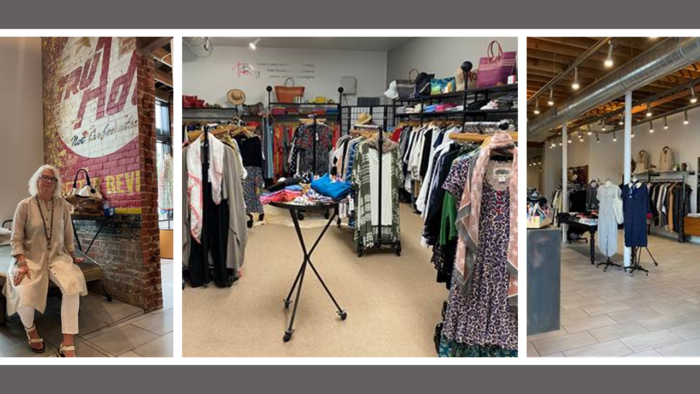 “As I started seeing the pandemic would go on for a while, I started thinking, ‘This is crazy to have two rents,’” McCarthy said. 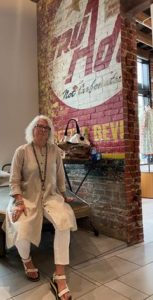 She owns The Phoenix building and rents the Ruby space, with a lease that ends in April 2021.While she’ll pay rent on the Ruby space while negotiating with the landlord, she said the move allows her to use the former Ruby Boutique as a “sale store” to clear inventory. Customers now can browse the two stores under the same roof at The Phoenix instead of crossing the street.

Business at The Phoenix and Ruby Boutique was strong and growing until March 12, when the two stores closed as the pandemic hit. McCarthy reopened her shops on May 29 for two days before looters forced her to close for another week.

In a normal year, the shops get 60 percent of their sales from mid-March to mid-June. In 2020, it was next to nothing during those months.

McCarthy said business is down 60 to 65 percent at her two Carytown shops and one Charlottesville location.

“Financially, it’s been very difficult,” McCarthy said. “The PPP (Paycheck Protection Program) was, you know, a drop in the bucket. I mean, it wasn’t enough money to repay a month’s rent.”

McCarthy also took advantage of the temporary shutdown from March to May to renovate The Phoenix’s back room, which is the new home for Ruby Boutique. She also got around to setting up a website for The Phoenix, but said it hasn’t moved the needle like she’d hoped.

She noted that many restaurants have take-out options and support from GoFundMe, but that’s not the case for clothing stores.

“We’ve got a lot of summer merchandise in and not a lot of customers,” McCarthy said.

McCarthy graduated from the University of Virginia with a degree in economics before spending time in Ecuador and Peru. Instead of going back to business school, she opened The Phoenix in 1977 in Charlottesville before moving to Richmond in 1991. Her 42 years in the clothing industry give her confidence for what’s ahead.

“I’m more equipped than most, because I’ve ridden a lot of roller coasters, as they say,” McCarthy said. “And this is ‘roller coaster retail.’”

Wishing prosperous times as we weather the storm. Thank you for sharing your story and your eclectic style.