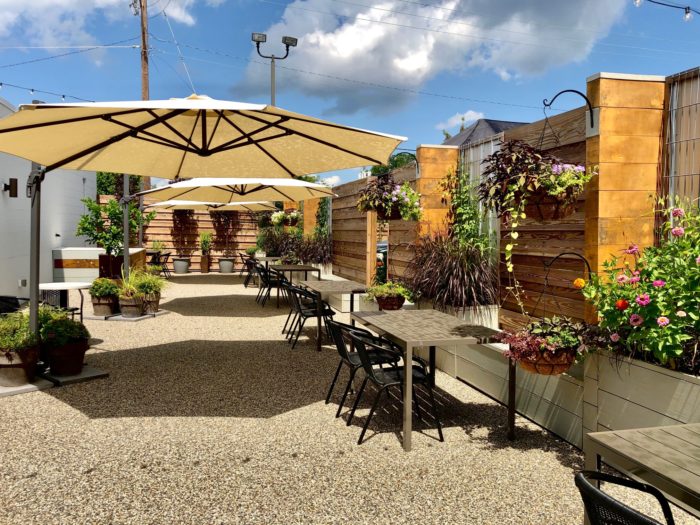 A previously dinner-only Scott’s Addition restaurant hard hit by lockdowns is giving lunch a go as it fights to stay alive.

Those efforts add to the outdoor patio dining it has offered since early July, which is generating most of the restaurant’s revenue, co-owner Patrick Phelan said. 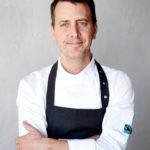 The restaurant temporarily closed on March 14 and reopened for take-out in mid-May, but Phelan said his restaurant wasn’t built to immediately make the switch to carry-out.

“Everyone always says ‘pivot,’ but a pivot probably costs a restaurant anywhere from, like, $4,000-$10,000, depending on what kind of restaurant you are,” Phelan said. “Just starting a carry-out business if you’ve never done carry-out is the sourcing of disposables and maybe changing your point-of-sales system and a whole bunch of things to consider that cost a lot of money.”

Longoven launched in June 2018 after operating as a pop-up restaurant for four and a half years. It garnered recognition from Bon Appetit magazine a year later as No. 3 on the “Hot 10” top new restaurants nationwide list, but 2020 has brought enormous challenges.

Revenue is down 65 to 68 percent year-over-year, and Phelan estimated 90 cents of every dollar goes out the door. He’s had to lower overhead costs by laying off 14 of his 20 employees, and he hopes that’s enough to get his business through the downturn.

“I’m two bad service weeks away from, ‘Can we keep our restaurant open?’” Phelan said.

Four days after Longoven closed in March, Phelan said he had significant city and state tax bills come due. He said he had to make the difficult decision to delay paying them and risked a penalty to get his staff out the door with more money in their pockets.

Most restaurant owners were shell-shocked by the pandemic as demand evaporated, Phelan said, adding he didn’t think at first the pandemic would last more than three months. He said his biggest challenge is sustaining a business that’s not profitable, and he’s not alone.

Many small restaurants are just holding on while facing the dilemma of whether to take on debt or close for good, Phelan said. He fears up to 80 percent of independent restaurants nationwide could go under in the next year without more federal support from programs such as the Paycheck Protection Program, which he noted had unclear details that frustrated restaurateurs.

While ABC license and property tax renewals were delayed for many, expenses such as insurance bills will kick in, likely before demand comes back.

“I think for a lot of us, we’re figuring out how do we care for each other every day and not let the kind of crushing pressures of dwindling money, late fees, payroll, all those things, just eat you up, quite literally from the inside, and then your business,” Phelan said. “That is a tough, tough challenge some days.”

Local restaurant owners banded together to form Richmond Restaurants United on March 17 to call for reopening and support. Some, including Phelan and Kevin Liu, owner of The Jasper in Carytown, are talking directly with Mayor Levar Stoney and State Sen. Jennifer McClellan (D-Richmond) to advocate for restaurants. 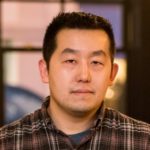 Phelan is pressuring Virginia senators and representatives to support the national Independent Restaurants Coalition, which he said was instrumental in getting PPP and other legislation through Congress. One such act is the RESTAURANTS Act of 2020, which would pump $120 billion into independent restaurants through lenient grants.

Grants, not just loans, are critical for restaurants’ survival, Phelan said. While PPP money helped, it took employees off unemployment and put them on the payroll with nothing to do as full-service restaurants were shut down.

Congress is divided on partisan lines over how much money to allocate and where. The deadline to keep support coming for businesses and individuals is quickly approaching, and there’s no end in sight for the struggles.

“I just think we’re on that roller coaster for a while, and some people say eight more months or possibly as long as a year, and I don’t know,” Phelan said. “I try to even wrap my head around that some days, like, ‘Can we do this for that long?’ And I have no answer. Really, I start each week, and if there’s money in the bank and there’s some reservations on the books, we move forward.”