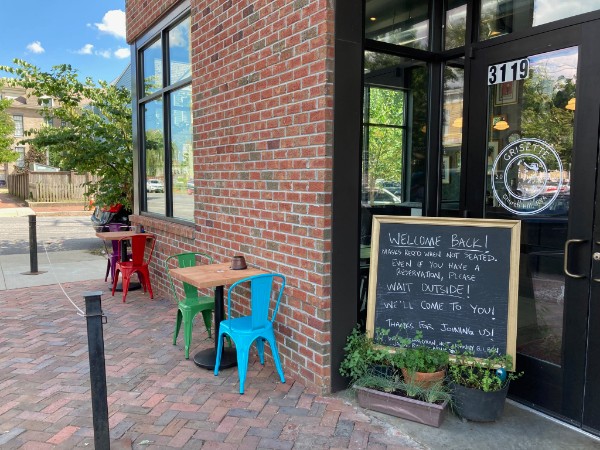 Not one to whine when things get tough, the owner of a Church Hill French restaurant is trying something new to squeeze out some extra revenue.

Grisette, opened last August by owner Donnie Glass and his wife at 3119 E. Marshall St., recently branched out with a subscription-based wine club.

It’s one of several zigs and zags Grisette has made to stay creative to keep money flowing and customers engaged in the age of COVID-19 and social distancing.

Glass, a chef with a military background, said that while the pandemic brought challenges to his restaurant, it’s nothing compared to his five years in the Army. 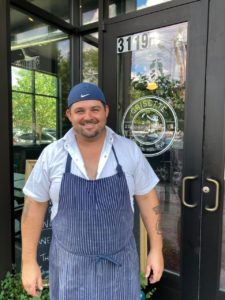 “It sucks, but that’s it. We’re not dying,” Glass said. “I’m healthy. My staff is healthy. My family is healthy. At a time where so many people are experiencing sudden death and sickness and everything else that comes along with corona, it seems really shortsighted to bitch and whine about your restaurant not being perfect right now.”

Its new wine club offers packages from $90-$120 for a six-bottle pack and $168-$228 for a full case. Members can pick up orders from the restaurant any time from Tuesday to Saturday in the first week of each month.

About 80 have signed up for the no-contract monthly program, Glass said.

While he’s pleased the wine club experiment is working so far, Glass noted that consumers are fickle, so what works this week might not work next week. Grisette also started selling cocktails to go after new ABC rules went into place in early summer.

Ideas to keep Grisette going developed over lots of late-night conversations over wine, as Glass said the restaurant was just hitting its stride after launching in August 2019.

When the restaurant transitioned to carry-out-only in mid-March, Glass said his main concern was that the government wouldn’t respond quickly enough for employees. Grisette is carrying only seven full-time employees instead of its usual 12.

“I was kinda terrified that all of my employees were going to like, you know, foreclose their homes or have their cars repossessed,” Glass said.

Grisette then closed on April 4 but continued with weekend pop-ups and stayed active on social media, Glass said. In late May, the restaurant sold sandwiches, beer and wine in a market style with varying degrees of success before it reopened on July 8.

Glass said he doesn’t know when demand will get back to normal. He’s battling low margins and uneven demand waiting to find out.

Rethinking how to keep customers socially distanced in what’s normally a packed house wasn’t how Glass expected to celebrate his first year in business. He also said he never thought he’d consider using delivery services such as Grubhub, but that’s changed.

“If we want to hold on to our business, we have to be flexible,” Glass said.

Where can we find out more info about the wine club offerings? Couldn’t find anything on their website.