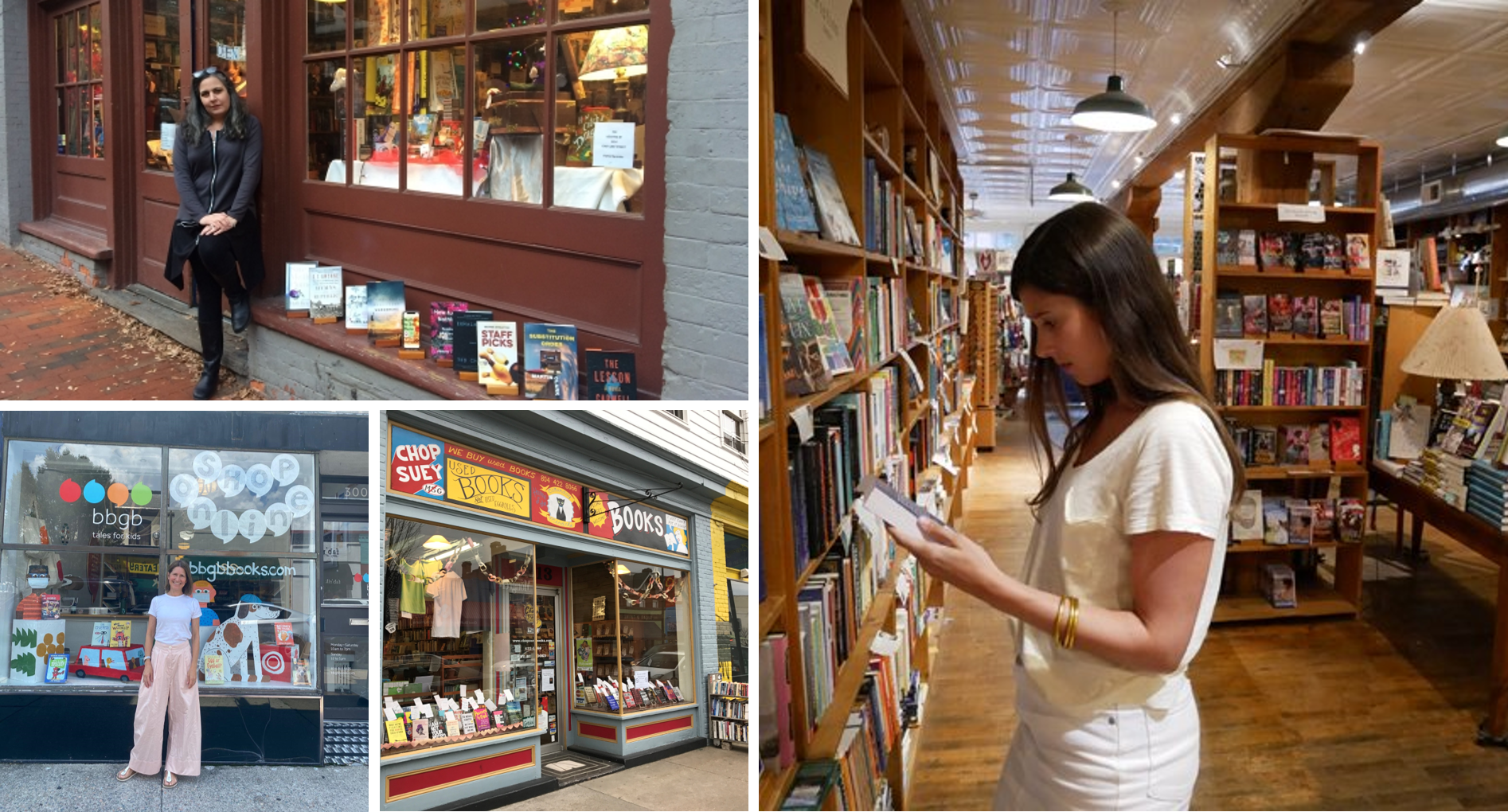 Richmond’s bookstores are rethinking their business models in the socially-distanced and increasingly online world.

Bbgb, a children’s bookstore at 3003 W. Cary St. in Carytown, is operating with 30 percent of normal sales volume due to the pandemic. But owner Jill Stefanovic insists it’s not going anywhere. She intends to see the shop, one year into a five-year lease, turn 10 years old on Nov. 1.

“The things that we have done to be successful have really been stripped away from us,” Stefanovic said. “Right now, honestly, it’s survival.” 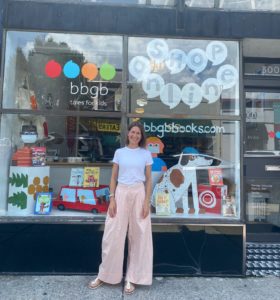 The bookstore, whose collection is primarily for kids through high school, gets most of its sales from book fairs, but Stefanovic said her store wouldn’t head back into schools even if in-person learning comes back.

Bbgb also normally sets itself apart from chains and online sites with personalized recommendations and customer service, which is far more difficult at a distance. And fighting Amazon, Stefanovic said, is useless.

The shop launched a website in early April that hosts online book fairs and book talks. While traffic dipped in July, it’s rebounded recently as students shop for required reading books. The site recently hosted events like an author-musician performing in the shop’s window, with people watching from a safe distance wearing masks and online.

The cozy 1,000-square-foot Carytown shop plans to reopen in October ahead of the all-important holiday season by asking customers to secure an appointment by buying a gift card. Browsing without buying won’t be an option.

Bbgb is betting on its loyal customer base and a belief that students still need physical books while learning virtually.

“It’s a different time now. Kids are having to spend so much more time on Zoom for school or other kinds of lessons that they’re doing,” Stefanovic said. “So much of their learning is happening on screens that parents, in particular, are really looking for ways to get them off the screen, and so that means putting a real book in their hands.” 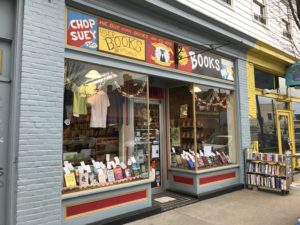 Ward Tefft, founder and owner of nearby Chop Suey Books at 2913 W. Cary St., said sales are down 30 to 40 percent since the shop closed in mid-March because of the pandemic. Demand has been uneven despite efforts to reach readers over email, phone and Instagram direct messages.

“When demand is higher, which is a good thing, it’s a difficult thing for us because it means that we are really scrambling to keep up with things,” Tefft said. “And the flip side of that is then demand wanes a little bit, and we’re going, ‘Uh, oh, so are sales.’”

There’s been demand for books during quarantine, Tefft said, but customers have been content to order just one book at a time, which hamstrung Chop Suey’s ability to generate extra revenue. Another obstacle has been shipment delays, though Tefft said inventory is now back on track.

Chop Suey’s physical storefront will be closed until the pandemic is over, Tefft said, adding that there’s no safe way for the two-story shop to operate while maintaining social distancing. But the shop plans to allow customers who pay $30 upfront to browse in-person for an hour by themselves on weekends from October to December. They’ll reserve their spot with a deposit that will go toward their purchases.

The shop started doing free delivery to Richmond City addresses and put more of its inventory on Instagram, where it hosts live events. Tefft said he has kept all seven of the shop’s employees, and that payroll will be the last place he makes cuts.

Down in Shockoe Slip, Fountain Bookstore at 1312 E. Cary St. has been through a lot in its 42-year history, but it’s never been a ghost town like it has since mid-March. Owner Kelly Justice said at the end of August she’ll re-evaluate reopening, as the next six months are crucial for one of Richmond’s oldest independent bookstores. 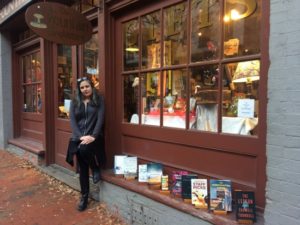 Fountain saw an outpouring of support through sales after initially closing in mid-March, Justice said, but sales dropped dramatically in July, due in part to what she called “altruism fatigue.” Buying local is generally more expensive, and many customers are growing wary of spending amid uncertainty. Justice said she and her small-business owning friends joke about passing the same $25 around as they buy from one another.

Fountain already had been selling online for 10 years, so pivoting amidst the pandemic wasn’t an issue. One-fifth of the shop’s sales came from online before the pandemic — an unusually high number for a bookseller that sells new books, Justice said — thanks in part to large preorder campaigns and partnerships with authors to exclusively sell signed copies and special editions.

Online, Fountain is now competing with booksellers around the globe. But Justice said the shop’s selection is different from Amazon’s, adding that the retail giant sells products while her shops sells experiences.

“I don’t consider myself to be competing against Jeff (Bezos, CEO of Amazon),” Justice said. “I don’t spend a great deal of my time thinking about Jeff. We’re building something different. This is a personal and very one-to-one experience, as if you were having it in the store.”

One way Fountain sets itself apart and keeps readers’ attention is through events like Independent Bookstore Day, an all-day online trade show it’s hosting Aug. 29. The event allows readers to connect with booksellers and each other through a video-conferencing platform similar to Zoom. It costs $15 to participate, but Justice said that money could go toward $15 off a purchase. 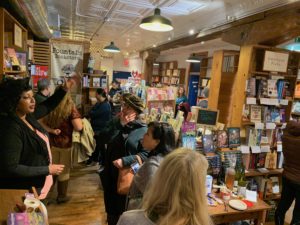 The book industry runs on razor-thin profit margins of around 2 percent, Justice said, adding that’s the margin Fountain has operated on.

But Justice said the pandemic challenged her to rethink bookselling instead of accepting that the business isn’t lucrative. Working 70 hours a week as a badge of honor without paying yourself, Justice said, is a bad business model in any industry.

“As horrible as this is … it’s also a chance for us to really seriously look at what we’re doing and what’s important,” Justice said. “Since we know that we can somehow get by without the model we’ve always been using, at least for a while, then maybe it’s time to look at the whole thing … It’s a shame we had to be forced into it.”

Justice took the helm in January 2008 after managing the shop for eight years, and the Great Recession began shortly after. Business was horrible then, Justice said, adding she cried every day for three months, unprepared to handle the downturn.

She said she learned books tend to sell well in recessions as a cheap entertainment alternative to vacations and electronics, though she’s still nervous about what’s next.

Please keep plugging along. I love bookstores and would hate to have to buy everything on line. I love Bbgb and so do my grandkids. Everytime we are in Carytown they always want to go in there. I love Fountainhead also. There is nothing like going in to a bookstore with the smell and opening up a new hardbound book.

I’m a huge fan and customer of Chop Suey, but I would rethink their pandemic business model. With most of their inventory being used books, in-store browsing seems critical to sales, even if by appointment. I don’t understand the rationale behind the $30 deposit.

Steady Sounds has made an interesting pivot worth mimicking by successfully selling some records via Instagram posts. Their approach is to offer small, curated collections of up to four Lps to an already energized fan/customer base. It’s a great way to showcase inventory in bite-sized portions, and they seem to sell out within minutes. This approach is a supplement to their digital storefront on Discogs, but I would bet the two compliment one another – Instagram, if nothing else, creating awareness and buzz that keep music purchases top of mind to their customer, and Discogs there to satisfy the urge… Read more »