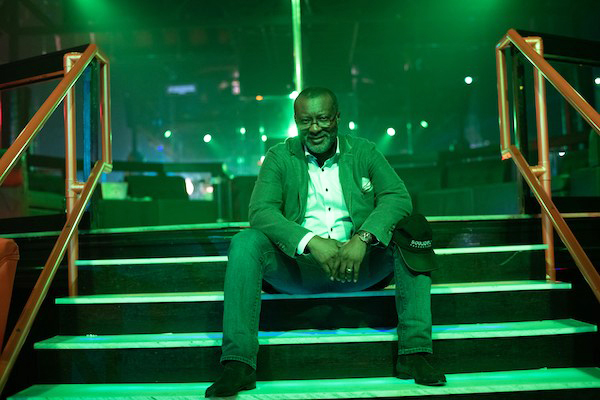 Even as the movie industry adjusts to the pandemic, a Richmond-based production company is staying bullish on feature films — and it has a new financial backer.

Soulidifly Productions has signed a $10 million first-look development deal with Georgia-based GoMedia Productions, a film financing and distribution company. The agreement gives GoMedia first dibs on investment in or distribution of Soulidifly films.

The deal, which grants GoMedia the option to fund one or more Soulidifly projects up to $10 million, was announced in early August.

Soulidifly CEO BK Fulton said the agreement is a big deal for an independent film company because it essentially fast-tracks the process of locating financial backing and distribution to support a film by having a go-to source of investment.

As per the deal, GoMedia can provide up to $10 million in equity, print and advertising funds, and digital marketing to develop, produce, distribute and market Soulidifly movies. Fulton said he hopes to spread the funding across several films. The company’s films average $1.5 million a pop.

Thus far, Soulidifly has used a grab-bag of methods to finance its films: self-financing, co-production with other entities, selling international rights to a film or revenue-sharing agreements.

The deal automatically renews annually unless one of the companies terminates the deal.

Soulidifly released the film “1 Angry Black Man” on-demand, on DVD and in select virtual theaters in June. GoMedia reached out to Soulidifly to pitch the first-look deal shortly after the film received a positive reception, Fulton said. That came after the two firms got acquainted through a GoMedia film festival that Fulton spoke at last year.

“GoMedia had become somewhat enamored with the pace at which we were putting out really quality films,” Fulton said.

Soulidifly plans to create 70 films over the course of the company’s existence. It currently has completed five films. Another seven films are in production and 10 more are in development.

Two more of the company’s films are expected to be distributed in 2020. Another film is slated for release in the first half of next year. Companies that distribute Soulidify’s films include Lionsgate, Freestyle Digital Media and Gravitas Ventures among others. Soulidifly shoots films in Kentucky, Alabama and Mississippi.

Soulidifly films can be found on YouTube, Google Play, Amazon Prime among other services and platforms. The company’s feature-length releases include “Atone,” “Love Dot Com” and “River Runs Red.”

Fulton said his company found itself in a favorable position as the pandemic started to disrupt the film industry. Its in-progress films had wrapped up shooting, and some completed projects were already in the can.

“It definitely complicates things. It pushes your production costs up at least 30 percent because you got all the state government restrictions, depending on which state you’re filming in,” Fulton said of the pandemic. “All the projects that are in the market now, we already had in the can or in post-production. So the restrictions on being out and about didn’t hit us like it hit others.”

He said the company also is benefitting from the fact that much of the backend of moviemaking can be done remotely, limiting the disruption of quarantines and stay-at-home orders on that side of his business.

“Making movies in the 21st century affords us technological luxury and ease that folks just didn’t have in the ’80s, or even in the early 2000s. You really had to be in the same place at the same time,” Fulton said.

A former Verizon executive, Fulton founded Soulidifly in 2017. The media company was the culmination of personal discovery and a series of gigs that brought him closer to the realization of the power of media.

While a struggling engineering student at Virginia Tech, Fulton became inspired by the stories of Black inventors and scientists.

“I had gone to the library to plan my escape from Tech. Things weren’t going so well in the first couple years … I’m reading all this stuff and I think, ‘Oh my god, I belong here. I can do this.’ I went from the probation list to the dean’s list to the board of visitors at Tech,” he said.

Fulton graduated from Tech with an engineering degree in 1989. He later picked up a law degree at New York Law School. He became AOL’s corporate outreach executive director in 2000 and soon became vice president of corporate relations of AOL Time Warner, which had recently come into existence through the merger of America Online and Time Warner, in 2001.

Fulton called his time at AOL Time Warner “a tremendous education,” where he interacted with big media brands like HBO and Marvel, and got to know directors and producers in the film industry.

Those experiences stuck with him after he retired from Verizon and was on the hunt for something new to do.

Fulton described Soulidify as an attempt to bring some positivity and diversity into more films. The company’s movies and other ventures tend to focus on uplifting stories of people who come from varied backgrounds. He said Soulidify has found an eager audience.

“We have found a niche of unmet demand where people want to know more about how they can help their children to live their best lives, how they can be a better neighbor,” he said.