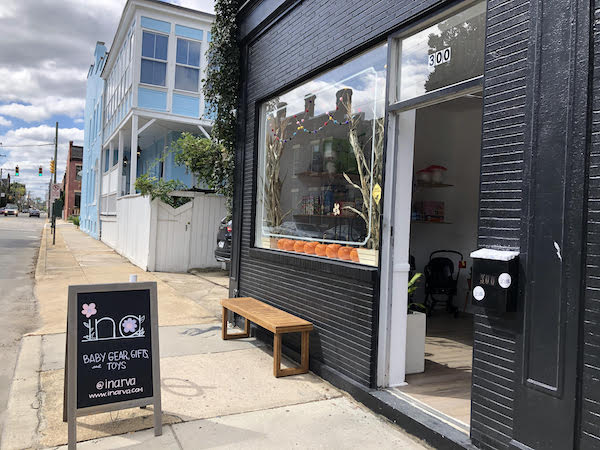 Ina is a children’s store that focuses on equipment like strollers and baby carriers. The store opened in its Museum District location in August. (Photos courtesy of Ina)

A new children’s store has found a place to play in the Fan.

Co-owner Christina Cruz said she’s hoping the store can stand out with a focus on a brick-and-mortar experience giving parents a chance to review a large selection of gear in person.

“There aren’t too many places where you can go and see gear in person,” Cruz said. “If it’s a store selling gear, it’s usually just a stroller and a few kids products. I wanted to marry the two (concepts) and create a lifestyle store for kids.”

Named for the Tagalog word for “mother” and a nickname for Cruz used by her friends and family, Ina also has an e-commerce operation.

Cruz and her partner/co-owner Zack Zeiner launched Ina after having spent more than a decade in the children’s wholesale product and fashion worlds.

Most recently, Cruz was a sales manager and business developer for Cybex, a baby products company. Zeiner has a background in streetwear and menswear. The Army veteran most recently worked at Virginia Outside, a children’s outdoor experiences company, where he ran guided fishing trips. 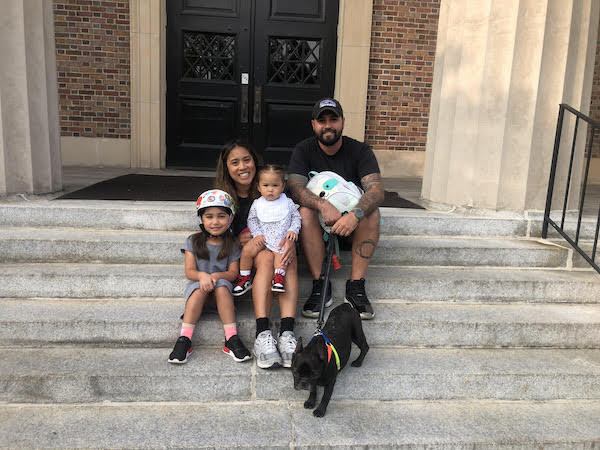 Ina co-owners Christina Cruz and Zack Zeiner pictured with their children, Kenzo and Rey, as well as the family dog Mister Willis.

The couple has two children and moved from New York City to Richmond two and half years ago. Cruz originally came to Richmond to attend VCU in the early 2000s.

The store is an attempt to recreate the neighborhood shops Cruz frequented while living in the Big Apple.

“We were used to that sense of community, having all those shops in the neighborhood,” she said, adding that the store has seen steady foot traffic since it opened.

The store, which carries brands like Kid Made Modern, Cybex, Micro Scooters and Doona, is about 400 square feet.

Another recent retail arrival to the city is Homme Essentials, a menswear store that opened near the Museum District in May. In the Fan, a vintage furniture store has set up shop in the former Baja Bean space.