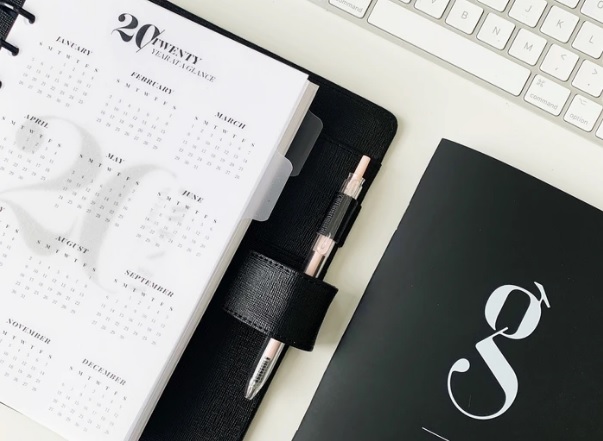 Even though much of the world has been hunkered-down in pandemic mode, it turns out people still need a place to jot down their daily schedule. And Richmond-based Cloth & Paper is reaping the benefits.

Launched in 2015 by Ashley Reynolds and her husband Ryan in their spare bedroom in Raleigh, North Carolina, the company sells day planners and the paper inserts to fill them. It offers individual items and subscription boxes, which contain pens, paper, notepads and stationery.

The company has grown to 36 employees, 22 of which have been hired since March after the pandemic took hold.

Revenue has grown 1,500 percent since 2017 and the company is on pace to triple last year’s revenue, Ryan said, though the company declined to disclosed dollar amounts. Monthly sales this year have more than doubled from pre-pandemic levels, Ryan said. 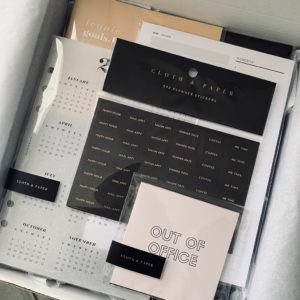 Subscription boxes have become a big revenue driver for the company.

Ryan said their top competitor, The Happy Planner, is hitting around $40 million in annual revenue, which he said is a mark Cloth & Paper aims to hit in five years based on the company’s current growth and plans to expand beyond paper and leather goods.

To keep up with demand, the couple this month signed a lease for a new warehouse in Henrico that will more than triple its square footage from 3,600 to around 12,000. Its current warehouse is at 223 Tomylnn St. Its new facility is at 8217 Hermitage Road.

The couple runs the business together full-time. Ashley designs, creates and markets products after acquiring materials from manufacturers throughout the state while Ryan handles operations.

They credit social media and nostalgia for driving interest in physical planners among millennials. Organizing can reduce stress and anxiety and writing can be therapeutic, Ashley said, and posting “Instagrammable” images of artsy planners on social media has become a thing.

“It’s another form of self-expression,” Ashley said. “Just like, you know, the clothes that you would wear or the selfies you would take.” 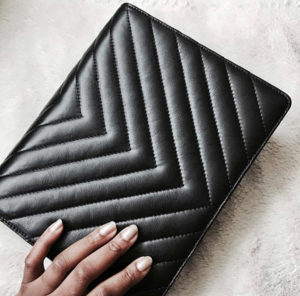 One of the company’s planners.

The company has little retail presence in Richmond and leans heavily on its online business, which extends internationally. Ryan said Cloth & Paper’s products are in some hotels and may move to boutiques. Brick-and-mortar expansion isn’t a priority, given the company’s success selling online and through social media to individuals and companies.

“I don’t know if it’s specific to this industry, I think it’s just e-commerce in general,” Ryan said. “We saw, almost in tune with everybody, you know, being stuck at home. I think shopping online became like a therapy and a source of entertainment for people.”

Cloth & Paper built a following through Instagram and Facebook with no paid advertising in its first three years, Ryan said. It’s since experimented with paid ads on social media as it hopes to grow beyond 72,000 Instagram followers and drive sales.

The company has been profitable since 2016 thanks to low overhead costs, Ryan said, and the company hired its first outside employee in 2017. Every company needs an exit strategy, Ryan said, but the couple sees so much potential for growth that entertaining acquisition offers isn’t in the cards.

Writing a future together

The two Richmond natives met in middle school and started dating in 2003 after working in the same restaurant. They’ll celebrate their 10-year wedding anniversary next year. 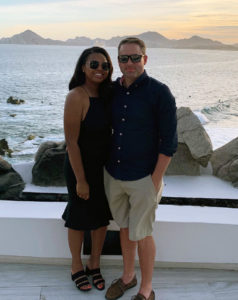 Ashley and Ryan Reynolds run the company together full-time.

Ashley had worked in Fair Credit Reporting Act compliance with Capital One in Richmond before her husband got a job offer in Raleigh and the two relocated. She said she didn’t want to go job-hunting, so she started playing around with designs for planner inserts in Microsoft Word and found people wanted to buy her work.

She realized her hobby could be a business. With a $10,000 line of credit, Cloth & Paper was officially born.

Ryan left his job as a sales manager at CarMax in North Carolina a year later and moved back to Richmond with Ashley to buy Dalco International, a medical supply distribution company, from a family friend whom he paid over three years. The two used warehouse space from that acquisition to help build Cloth & Paper. The couple has since sold that business to one of its vendors and will get a royalty on future sales.

“That was the fuel that we needed to kind of do our own thing,” Ashley said. “Because, when we were 17, that was always our conversation. We always wanted to build a business for ourselves.

One of our first dates was actually going to the Motleys car auction to try to get a car to flip. We were doing that at 17.”

Ashley and Ryan share an office with desks right across from each other. The two 34-year-olds don’t have children and said they don’t plan to in the next few years.

For now, Cloth & Paper is their baby.

“I don’t think that there’s been 24 hours where we haven’t had a discussion about the business, even on vacation,” Ashley said. “We’ve gone away for a few days before and we either end up hopping on to a work call or scheduling something during vacation. We’ve just never not touched the business. We don’t have a strong desire to separate personal life from work life, because this is everything we’ve worked for.”