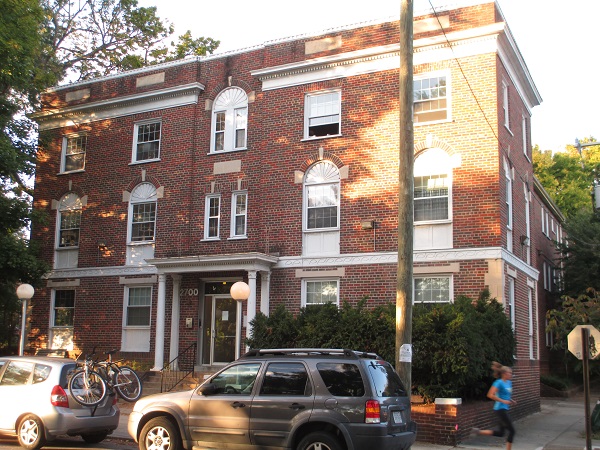 Developer David Gammino unloaded one of his multifamily holdings in the Fan because he has bigger things in store for a property he’s looking to pick up in Jackson Ward.

Gammino’s City & Guilds construction company is planning a five-story, 60-unit apartment building that would rise at the northeast corner of East Leigh and North Second streets, replacing a parking lot across Second from the Maggie L. Walker National Historic Site.

Gammino said he is under contract to purchase the property at 208 and 212 E. Leigh St., part of a property that also houses an adjacent three-story, 22-unit apartment building currently, along with a smaller two-story garage structure. The property is a block away from the recently completed Jackson Place mixed-use development.

He said the purchase is scheduled to close at the end of this month, using funds from his recent sale of 2700 Idlewood Ave., a three-story, 24-unit apartment building in the Fan District that he had owned since renovating it in 2010. 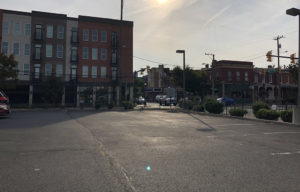 Developer David Gammino is under contract to purchase the surface parking lot at the corner of Second and Leigh streets.

The 13,000-square-foot Idlewood building sold Sept. 28 for $3.35 million and was most recently assessed by the city at $2.34 million. The buyer is an Arlington-based LLC that Gammino said is making its first investment in Richmond.

The entity, Idlewood FAN RVA LLC, is registered with the SCC by Henrico-based attorney Hayward Taylor IV. He did not return a call seeking comment.

Both parties were represented in the transaction by Tom Rosman, Lory Markham and Ann Schweitzer Riley with One South Realty Group.

Gammino, who has unloaded other holdings in the city in recent years, said the Idlewood sale was prompted specifically by the opportunity to buy the Jackson Ward project site.

“It was an off-market deal where I had been the general contractor on the project back in 2015, and I manage the building for the current owner,” Gammino said, referring to the existing apartment building on Leigh Street. Gammino’s City & Guilds and his Urban Dwell Property Management firm are based in the building.

Gammino said the new building, which would total 57,000 square feet and consist of market-rate apartments, would be developed using Opportunity Zone tax benefits. He put the project cost at $7 million.

“The tax credit recapture period ended in 2020,” he said of the timing of his offer on the site. “It’s got a large parking lot there at the corner of Second and Leigh that was well-suited to some ground-up construction.”

Once the purchase closes, Gammino said he’ll be filing special-use permit applications for the project to the city. He said those applications would likely be filed in the next few months.

City property records list the property’s owner as West End Self Storage LLC, an entity based in Florida that purchased the site in 2014 for $1 million. The latest city assessment valued the 0.86-acre property at $2.59 million.

As for the Idlewood apartments, it’s unclear what if any investments might be made to the property, which was fully leased at the time of the sale. Gammino said the mix of studios and one-bedroom units were renting from $850 to $1,050 a month.

He said he put $1.2 million into renovating the building in 2010. His Urban Dwell firm will continue managing the property.

Gammino is back! Its been a long sure climb for the developer since being an early adopter of historic redevelopment deals in the City and incorporating one of the coolest company names anywhere. Kit Tyler and were pleased to rep RRHA in the sale of that building and the old MCV nurses dorm to City and Guilds ten years ago. It is time for him to start something new.

When did he leave; I’ve seen him around! 🙂

Great project! There’s a number of surface lots on 2nd and 1st that are ripe for this kind of ground-up development. I hope this the beginning of a trend.