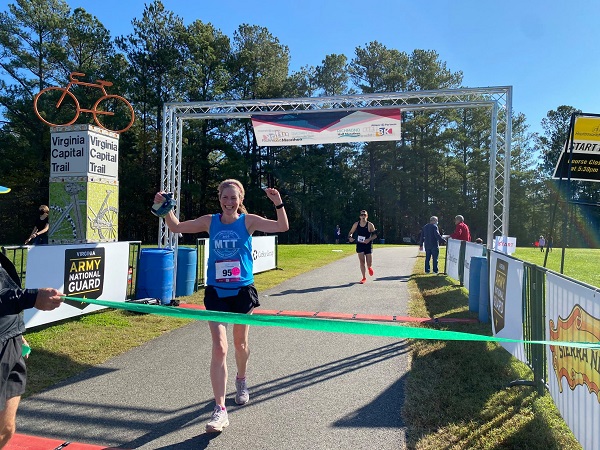 Nov. 7 was a long time coming for Angela Parrish.

That was the day, 18 years after she first trained for the Richmond Marathon, that the local media buyer and married mother of three finally fulfilled her goal of running, and completing, the 26.2-mile race — a multiday, pandemic-era version of which wraps up this weekend.

Not that she’d been trying to complete it all that time. This year was Parrish’s first attempt, effectively finishing what she had started in 2002, when she was preparing for the race as part of event organizer Sports Backers’ original Marathon Training Team.

Shortly before that event, however, Parrish found out she was pregnant with her first child, prompting her to bow out as a precaution.

Years and more marathons came and went, and for Parrish, life moved on, though she kept up her running. Then, around the start of this year, she decided she couldn’t leave her goal unrealized.

“It’s always just been in my head as something I wish I had done or had a chance to do,” Parrish said. “Time went by, and I still wanted to get it checked off my bucket list. 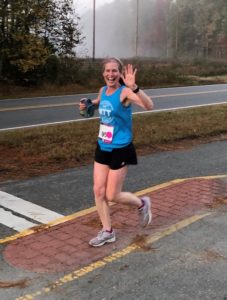 Parrish said preparing with the training team took her to parts of town she hadn’t seen before. (Courtesy of Angela Parrish)

Having committed mentally to running the race this year, Parrish feared that her chance might slip away again, if the marathon was cancelled or, worse yet, she got COVID-19.

“Even as I was training, I was like, ‘Please don’t let me get COVID,’ Parrish said, laughing. “I definitely had a fear of, ‘Oh boy, here we go again: my best laid plan and doing all the work and training, and I’m not going to be able to get to do my race.”

To the delight of Parrish and the 5,500 other runners who took part in this year’s event, Sports Backers announced the Richmond Marathon would still be held — one of few marathons across the country to do so this year — albeit in a modified, socially distanced way.

Runs were spread out over three weekends this month, with precautions such as hands-free, foot-pedaled water bottle fill-up stations, and runners could track their times on their own or follow a course at Dorey Park and the Virginia Capital Trail.

Parrish opted for the course, and signed up for Nov. 7, the first possible day to run the full marathon. She’d been waiting 18 years for this, after all.

In the months leading up to it, Parrish, 46, rejoined the training team and clocked more than 700 miles over 21 weeks, averaging between 25 and 50 miles a week.

But she still had her job with Lewis Media to attend to, and two days before the big race, Parrish — a broadcast buyer with the firm for nearly three years — was called to a mandatory, all-hands-on-deck Zoom meeting.

Not long after it started, Parrish said she realized the true purpose of the call: to wish her luck. 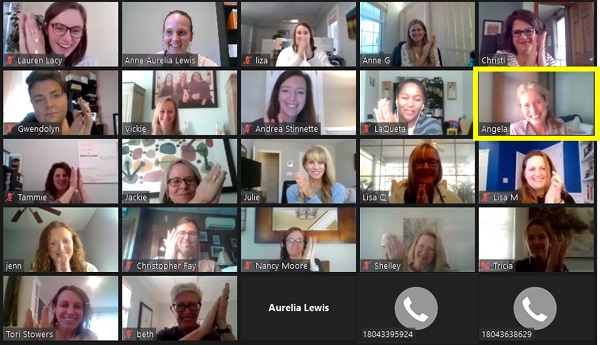 “The team tricked me,” she said. “I was completely overwhelmed with emotion, thinking I was going into a meeting with updates on where we are as a company, to find everyone having words of support and encouragement for me for the marathon.

“It was a very amazing moment, people finding ways to show up for each other, even virtually.”

With her colleagues behind her, Parrish took to the starting line the morning of the marathon, determined to, if nothing else, finish the race.

“I finished! It was great,” Parrish said. “It was really hard, but I was thrilled with the experience.”

On top of reaching the finish line, Parrish said she was also pleased with her time, clocking in at roughly four hours and 19 minutes. She said neither would have been achieved without Sports Backers committing to the event, and the training team helping her along the way.

“Sports Backers did a phenomenal job in hosting a virtual event and making it safe for the runners and participants, and making it a really seamless experience,” she said. “They’re a tremendous asset to the Richmond community, and the fact that they didn’t cancel the race is sort of a gift for all of us.” 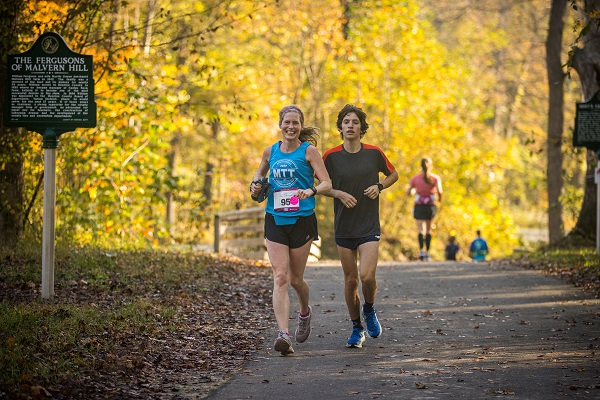 Parrish’s 15-year-old son, Quinn, a cross-country runner himself, joined her for 6 miles of the race. (Jesse Peters photo)

While Parrish’s bucket list is now one item shorter, she said running the marathon this year, of all the years that she could have, ended up being more rewarding and significant.

“It allowed me to reframe the COVID experience and look at it in a different light,” she said. “It was nice to have a goal and something else in my life that isn’t just the worry of COVID and stress and all the other things that we’re dealing with.

“It’s a year that everyone will always remember. I’ll have another reason to remember it.”

This is the latest installment in our Downtime series, which focuses on business people’s pursuits outside of the office. If you, a coworker or someone you know around town has a unique way of passing time off the clock, and getting through the pandemic, submit suggestions to [email protected]. For previous installments of Downtime, click here.