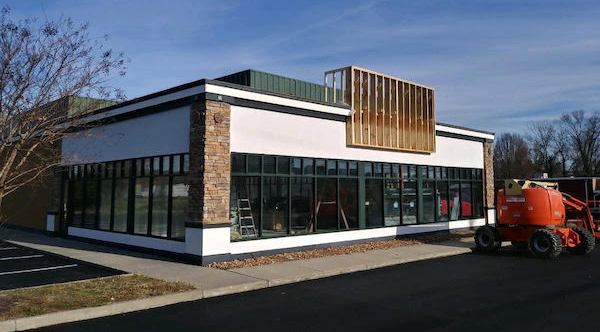 Breakfast chain First Watch continues to show its appetite for expansion in the Richmond area.

Work is underway on the restaurant’s new location at 5310 W. Broad St. near Willow Lawn. The 4,700-square-foot space was formerly a Ruby Tuesday, which closed in 2018.

When it opens as planned in February it will be the chain’s sixth location in the region, coming shortly after a recently opened eatery near Chester that began operations in November, a First Watch spokeswoman said Wednesday.

The Willow Lawn First Watch will feature a slate of signature and classic cocktails, in addition to its menu of breakfast and lunch items. Like the other Richmond-area locations, the new Broad Street spot is part of a pilot by the company to test out alcoholic beverages on its menu in select markets, the spokeswoman said.

When the company announced the program in early November, it said alcoholic drinks were available at 100 of its more than 400 locations, and the plan is to have alcohol available at half its locations by year’s end.

The restaurant will have about 25 employees.

Texas-based real estate firm Leon Capital Group bought the property, along with another former Ruby Tuesday at 9830 W. Broad St., for a total of $4.3 million from the restaurant chain in deals that closed in August 2018.

Leon Capital sold 9830 W. Broad St. for $1.9 million in April of this year. The new owners have said a local franchise of Generator Supercenter is slated to open in the space.

First Watch’s other local locations are in Short Pump, Regency, Midlothian and Brandermill.

Hopefully be more successful than Ruby Tuesday that was there.