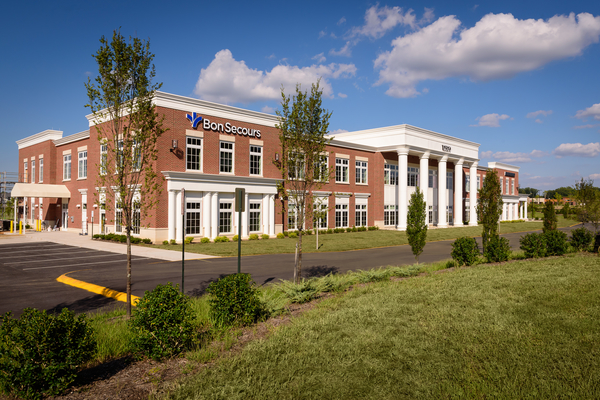 More than half of Bon Secours’s 13,000 employees that work in the hospital system’s Richmond market have received the first dose of their vaccination as of late last week. (Courtesy of Bon Secours)

Major players in the Richmond-area’s health care industry say they’re well on their way toward their goals to vaccinate their workforces against Covid-19.

Bon Secours, VCU Health and HCA began their in-house vaccination efforts in mid-December, shortly after Gov. Ralph Northam announced that the first shipments of the Pfizer-BioNTech vaccine had arrived in Richmond. The governor’s office announced at that time it expected that Virginia’s health systems would receive 480,000 doses from Pfizer and Moderna by the end of December.

The state government has provided the vaccines directly to Virginia’s health systems. The December shipment got the ball rolling on the first phase of the state vaccination plan, which consists of health care personnel and residents at long-term care facilities. The state health department estimates that there are as many as 500,000 people in those groups.

In the Richmond region, the big hospital chains account for nearly 40,000 workers.

More than half of Bon Secours’s 13,000 employees that work in the hospital system’s Richmond market have received the first dose of their vaccination as of late last week. Bon Secours expects to wrap up all first doses of the vaccine by the end of the month, Bon Secours spokeswoman Jenna Green said in an email.

“We have clinics scheduled throughout the month and into February as we continue to vaccinate our workforce as quickly as we can through both appointments and walk-ins. As such, the number of vaccines that have been distributed changes by the hour and day,” Green said.

Both the Moderna and Pfizer vaccines require a two-dose treatment.

Bon Secours created a working group that began to plan for the vaccine rollout last summer. Bon Secours continues to communicate with state and federal health agencies, as well as the vaccine manufacturers Pfizer and Moderna as the process continues.

Bon Secours is vaccinating employees in line with Centers for Disease Control and Virginia Department of Health guidelines, which spell out a tiered approach that puts frontline staff most likely to come in contact with the virus at the front of the line.

“Each associate that works for Bon Secours is critical to supporting patient care and health care operations, now and always. Our associates’ health and safety, who support our patients and visitors on and off the frontline, is always our top priority,” Green said.

Bon Secours began to administer the second dose of the vaccine in early January. Vaccine clinics are scheduled throughout this month into February. Bon Secours workers are vaccinating their colleagues at this time.

“While we are not requiring the vaccine, we are highly encouraging our associates to receive it. Our clinics are still ongoing, and we have seen strong interest in receiving the vaccine from our frontline associates,” Green said.

HCA Virginia has administered more than 10,300 total doses to its employees, a figure that includes 4,000 second doses to employees in Central Virginia. HCA is using its own employees to administer the vaccines, spokesman Jeff Caldwell said.

“We have been working diligently since mid-December when the first vaccines were released to conduct clinics and get the vaccines out as quickly as possible,” Caldwell said in an email. “Our vaccine efforts are ongoing and we will continue working diligently to efficiently and safely administer vaccines as they become available.”

HCA’s website says there are more than 11,000 employees in its Central Virginia facilities.

VCU Health, which employs around 13,000, has administered almost 13,000 doses of the vaccine to its workers. As of last week, close to 60 percent of employees have gotten the first dose, and 20 percent have gotten the second dose, VCU Health spokeswoman Laura Rossacher said, adding that the difference is because the second dose is given a few weeks after the initial dose. VCU Health began its vaccination effort on Dec. 16.

VCU Health plans to vaccinate at least 70 percent of its employees with both doses. Rossacher said that as of early January, all employees who wanted a vaccine received at least one dose.

“Our vaccine allocation prioritizes VCU Health team members on the front lines of COVID-19 and those working in long-term care settings. An internal vaccine distribution committee developed nine vaccination tiers in accordance with guidelines from the Virginia Department of Health in this first vaccination phase, starting with those in regular contact with COVID-19 positive patients, ranging from doctors and nurses to our ICU cleaning teams and patient transport services,” Rossacher said.

Bon Secours set up vaccination clinics for employees at all its acute care facilities. VCU Health has given shots to Richmond-area employees inside a multi-purpose space used for blood drives and flu vaccinations at VCU Medical Center. HCA has set up its clinics at its hospitals.

If we can get the healthcare workers, the public and private school staffs and public service staffs and government employees vaccinated, we can reopen the economy again. We need to get the kids back in school so their parents can return to work full-time. I’m looking forward to the results of the Johnson & Johnson drug trials so another resource can be put into play.