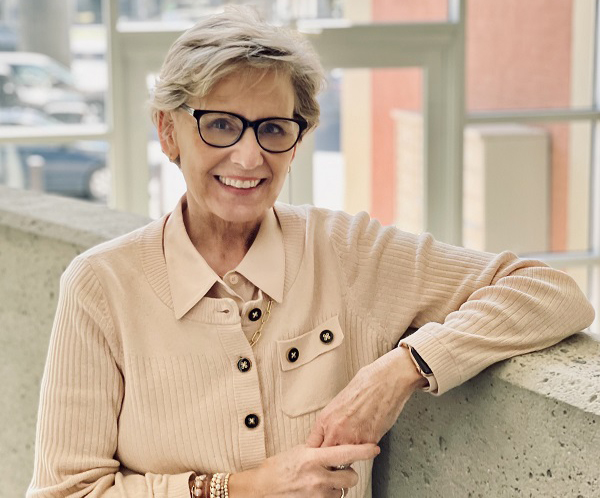 Donna Spurrier didn’t have mask-wearing in mind when she set out to solve the problem of her glasses fogging up.

While the practice of wearing facemasks to fend off the pandemic has fueled a rise in steamed spectacles, it was an incident in the shower of a D.C. hotel room that prompted the CEO of Richmond marketing firm Spurrier Group to create a line of anti-fog eyewear.

Now, with 2020 hindsight, the venture appears tailor-made for the times.

Called Showerspecs, the line of fog-resistant glasses hit the market earlier this year, following three years of research and development that ended up coinciding with the pandemic. 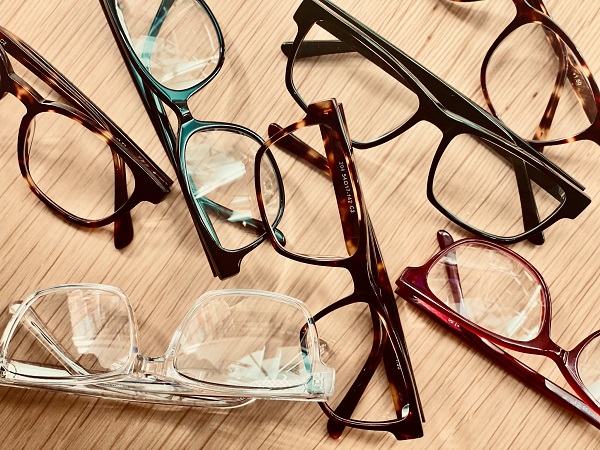 Clearspecs can be customized in various styles.

“It’s really a niche product, but then along comes COVID, and everybody’s in masks,” said Spurrier, who owns the patent on the eyewear coating she developed with Spark Product Development, a product design and development firm based in Henrico.

“We realized after we designed them that there are so many things that people do all the time where their glasses fog up. This goes way beyond COVID,” she said. “We started to look at healthcare workers, construction workers, nail technicians, food prep. These people wear masks all the time, so this is a solution to an ongoing issue.”

As Spurrier tells the story, while in that hotel room getting ready to give a presentation, she reached for what she thought was the room’s complimentary bottle of shampoo, unable to see without her glasses that the label said something different.

“Those tiny bottles in the hotel, they all look the same, and I put body oil in my hair. I was a slicked-down mess,” Spurrier said. “I went into the presentation and thought, there’s got to be a better way.”

She eventually struck upon an idea for anti-fog glasses that could be kept in the shower and worn as needed. While she found anti-fog spray applications for sale, the only glasses she could find were industrial-style goggles and eye protectors.

“The only other product on the market is after-product, meaning you buy glasses and you put stuff on them, or safety glasses used in construction, and they’re ugly,” Spurrier said. “Clearly we don’t want to be walking around Target in our safety glasses. We’d rather have a nice, stylish pair.”

Working with Spark, Spurrier said she spent over a year searching for the right type of coating that could withstand the steam and moisture that caused her glasses to fog up with the shower running. 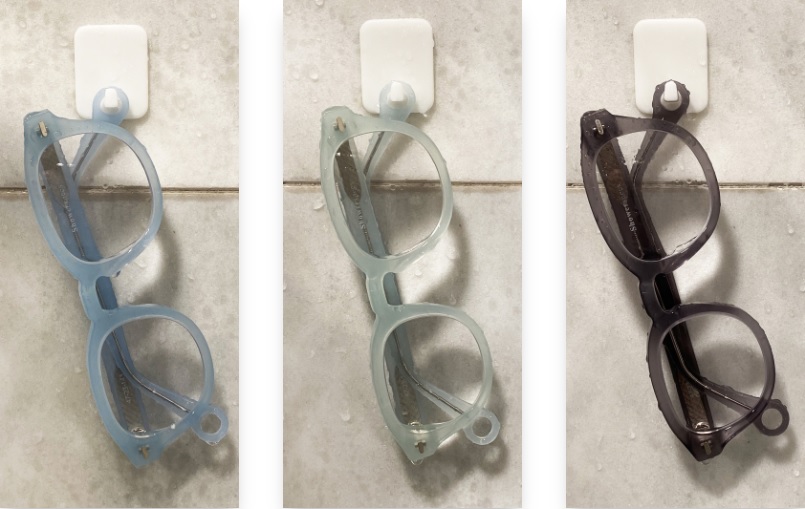 Showerspecs come in three colors and are designed to hang in the shower.

“I applied for a patent for this combination of hydrophobic and anti-fog coating on lenses that’s done in-factory,” she said. “It’s quite expensive. But it worked. It took us about another year to get the design exactly right.”

The design for Showerspecs allows for the glasses to hang on a hook that can be mounted on shower tiles. The glasses come in three colors and do fog up initially, but a wipe of a finger on each side is said to keep the lenses clear for the duration of a shower.

Both the Showerspecs and Clearspecs glasses come in multiple colors and retail for $65 each. Spurrier said some of the glasses are being given to healthcare workers to try them in the field.

Spurrier said she’s put about $150,000 into the venture, which produced an initial run of 300 Showerspecs and 900 Clearspecs. She said she’s sold about 20 percent of those since the lines went live in February, with many of those sales coming out of New York. 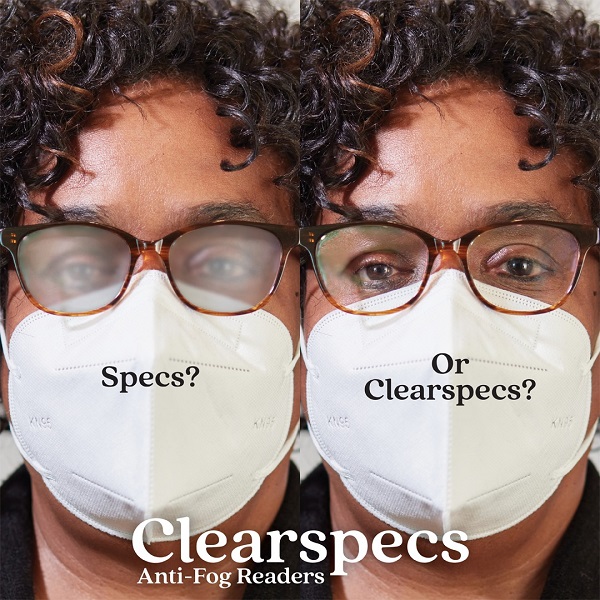 An ad from the company’s marketing campaign.

Using the tagline “Don’t Live Life in a Fog,” the glasses are being marketed through an ad campaign that Spurrier Group developed with Cabell Harris of Richmond ad agency Work Labs. Local freelancer Maryann Neary-Gill handled copywriting for the campaign, and Hofbauer Consulting developed the brands’ e-commerce websites.

While the campaign initially highlighted the glasses’ use with facemasks, Spurrier said she plans to shift its messaging after getting pushback online from people opposed to wearing masks.

“We were not expecting to have this anti-mask dialogue. We just created a product that people can use to make their life easier, and then a lot of haters got on social as they will do and were like, ‘I’ve got the solution: just don’t wear a mask,’” she said. “There’s a lot of people who have to wear a mask. They don’t get to choose.”

Spurrier said she’s looking to take her glasses to the masses via TV, vying for appearances on shopping channel QVC and business pitch show Shark Tank. And she’s considering developing a third line, sunglasses, in light of requests she’s hearing from customers.

“I want to prove that this works so that I have something to say to QVC and Shark Tank,” she said. “It’s one thing if you have a new product in a category that’s established, but when you have a brand new category — glasses you can wear in the shower — it doesn’t exist. We’re creating a category as well as a brand.”

This is fantastic, Donna! I can’t wait to see you on Shark Tank one day!