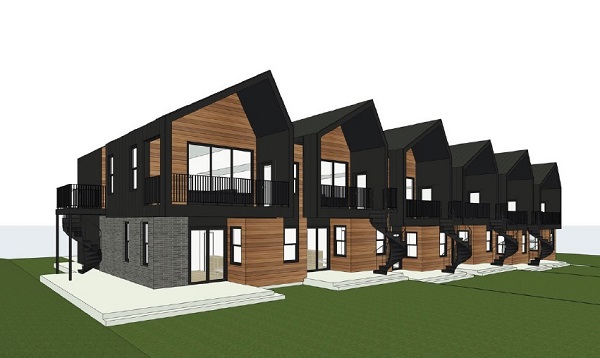 A rendering of the townhomes planned for Chestnut Flats, which would be built on the site of a former nursing home that will be razed. (Images courtesy of One South Realty)

A trend of modern-design residential infills is continuing in Richmond’s Northside, where a local developer is planning a cluster of new townhomes on the edge of the Highland Park Southern Tip enclave. 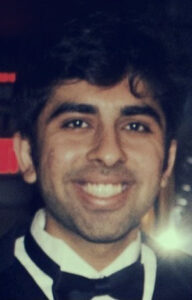 Richmond-based Dorado Capital, led by developer Harsh Thakker, is planning a dozen modern townhomes on just over an acre at 2705 Fifth Ave. in the neighborhood, also known as the Chestnut Hill/Plateau Historic District.

The for-sale homes would replace an existing building to be razed and would be divvied between two six-unit buildings bookending a central lawn with community amenities including a fire pit and tree swing. The three-bedroom, 2½-bath homes would average 1,700 square feet and be priced north of $350,000, each with a balcony and ground-floor alcove connecting to the lawn.

Called Chestnut Flats, the development would be the first of its kind locally for Thakker, who resides and grew up in the Richmond area but has been developing primarily condos in the D.C. area since graduating from Georgetown University. The 24-year-old said his local work so far has been single-family residential infills.

Thakker said he started Dorado with two partners in 2019 with a focus on the modern-design aesthetic. He said the Fifth Avenue property came to their attention via a listing from One South Commercial’s Tom Rosman and Justin Sledd. One South Realty Group’s Andrea Levine and Michelle Rosman are working with Thakker to market and sell the homes. 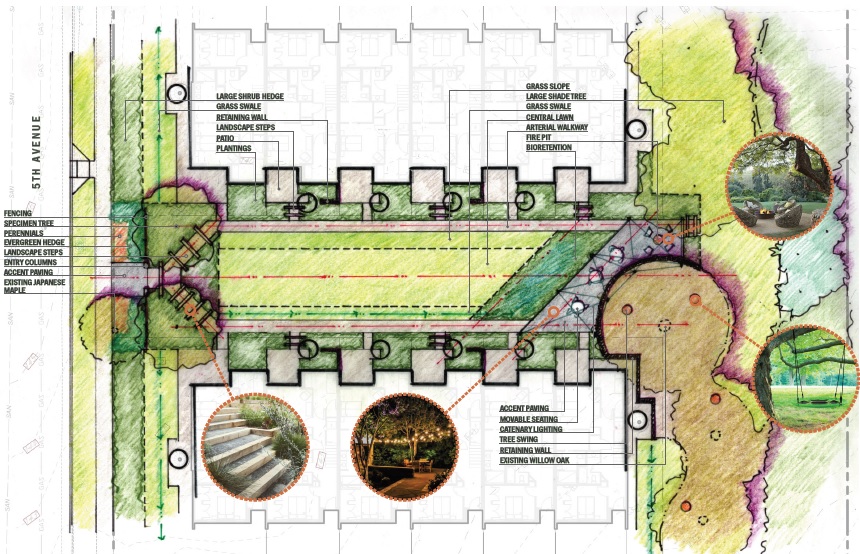 A site plan shows how the two six-unit buildings would be oriented perpendicularly to Fifth Avenue, with the central green between them. (Click to enlarge)

“We saw some good opportunity in Richmond with people moving down here and the housing inventory being low,” Thakker said. “We wanted to bring something walkable and new with an emphasis on greenspace, and that lot ended up being suited for that.

“The location is up-and-coming, but we thought it would be the right time,” Thakker said, noting modern-design homes that have been popping up and filling in parts of Northside’s largely established neighborhoods, along with renovations and flips of existing homes.

An entity tied to Dorado purchased the site in November for $300,000, city property records show. The latest city assessment valued the 1.2-acre property at $190,000. 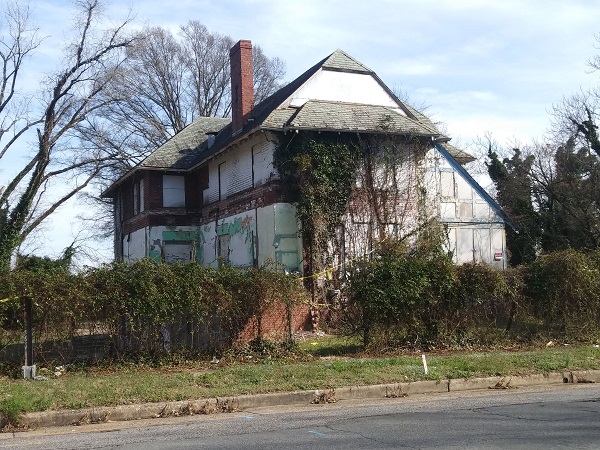 A 1950s-era building once used as a nursing home would be razed on the site to make way for the townhomes. (Jonathan Spiers photo)

The 17,000-square-foot building on the site was built in 1953 and formerly housed the 59-bed Crawley’s Nursing Home, according to One South’s listing, which had marketed the property as a redevelopment opportunity eligible for historic tax credits. It also noted the new development potential, with existing zoning allowing for up to 12 new residences.

Thakker said a development cost is being finalized and they plan to work with a bank to finance the project. He said they expect to have a contractor lined up in about a month.

Thakker said Walter Parks introduced the central lawn concept, which he expects will appeal along with the homes to younger and first-time homebuyers.

“All around it is very quiet communities, nothing that would disrupt the peaceful environment of this kind of greenspace and the ambience of being able to take it in without too much noise,” he said. “There’s no major roadways nearby, and the site’s shape was well-suited. It already has an alley on one side, and we can add an alley on the other.”

Thakker said they’ve submitted a development plan to the city and expect to start construction in September, with the development finishing in spring 2022.

Ok, looks like this area is ready, who wants to opena brewery near this?

This project would be more appealing if the designed matched the area (in my personal, subjective opinion, of course). The proposed design has a rather “harsh” look (pun intended) as it seems incompatible with nearby houses.

the amount of new construction in Highland Park blows my mind. Richmond is going to be a very different place in 10 years

I agree 100%! It really is amazing to see all the new construction happening all across the city. It’s gratifying to see the Northside getting its fair share of new projects that are part of the tremendous transformation and growth of Richmond. Too often we think of the “flashy” parts of town that are grabbing headlines – Manchester and Scott’s Addition where large-scale projects are sprouting like mushrooms after a summer thunderstorm. But the smaller infill projects such as this one are keeping the momentum going in other, less “front-page” ways. It’s to the benefit to the neighborhoods in particular… Read more »

You are two and half blocks south of Five Points. It is an extremely high crime area and the closest way to an interstate is through the always flooding Magnolia Street tunnel to McDonalds that front windows shot out last April. No onsite parking.

First off, it’s Six Points, not Five Points. Clearly you’re not that familiar with the area.

I live in the area. 5 years ago the area really was pretty bad. It has gotten a lot better.

Most people in the area street park and are fine with it. Also the McDonalds is about as separated from South Highland Park as Gilpin is to Jackson Ward. I don’t see it being an issue.

Whether purposefully or not,I think it’s neat the architecture makes an ode to the building slated for demolition. Compare how the rooflines maintain a dominant slant in one direction. All around the proportional massing is similar.

The Northern Virginia trust fund babies are probably already making all cash offers on these.

I’m really dubious there are that many trust fund babies moving here.

But Richmond is still dirt cheap compared to NoVa. You can sell a house up there, go all cash in RVA, and still have money left over. No need for a trust fund, its what happens when you move to a much cheaper place.

Richmond is still dirt cheap compared to most of the US. You haven’t been able to buy a project like this in Boston, in a similar area, for these prices since the late 90s… I imagine DC is similar

I live in a 1400 square foot house in the city. According to some of the real estate websites the market value is now over 400K. This is insane. Richmond is NOT cheap.

My family’s experience is that school districts (individual, not locality wide) have a LOT to do with prices.