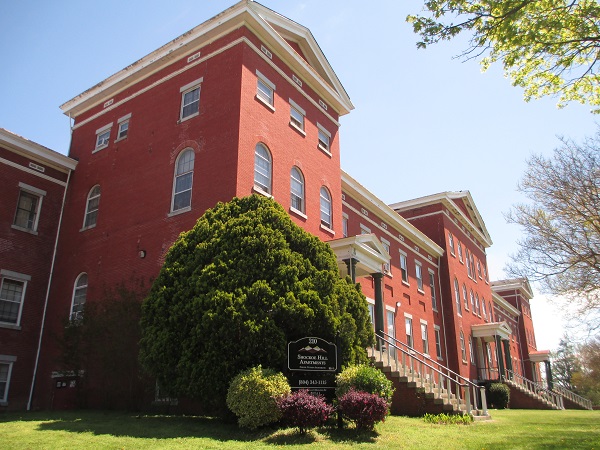 The Shockoe Hill Apartments in the 200 block of Hospital Street. (Jonathan Spiers photos)

A senior apartment community in one of Richmond’s more imposing 19th-century structures is set to get a multimillion-dollar upgrade.

Shockoe Hill Apartments, a subsidized housing complex for low-income seniors in the 1860s-era Almshouse on Hospital Street, is slated for $15 million worth of renovations following a recent City Council approval allowing the issuance of tax-exempt bonds to fund the project.

The multifamily housing revenue bonds, to be issued by the Richmond Redevelopment & Housing Authority, will fund renovations to the complex’s 125 apartments and a conversion of one of the buildings into a community center and leasing office.

Work on that building, at 200 Hospital St., is set to get underway following a groundbreaking ceremony to be held this Friday. Capital Realty Group, a New York-based firm that owns and manages the apartments, is leading the project and renovations.

Built in 1860-61 as a poorhouse for the city, the Italianate-style buildings were used as a hospital during the Civil War and at one time served as temporary headquarters and a school for VMI cadets. Listed on state and national historic registers, the buildings loom beside Hospital Street across from Shockoe Hill Cemetery, just east of Gilpin Court.

Capital Realty Group has owned the property, which consists of four parcels, for about five years. It purchased the main building at 210 Hospital St., along with a smaller building behind it, in 2016 from an entity tied to David White, the local developer who runs Historic Housing along with business partner Louis Salomonsky. 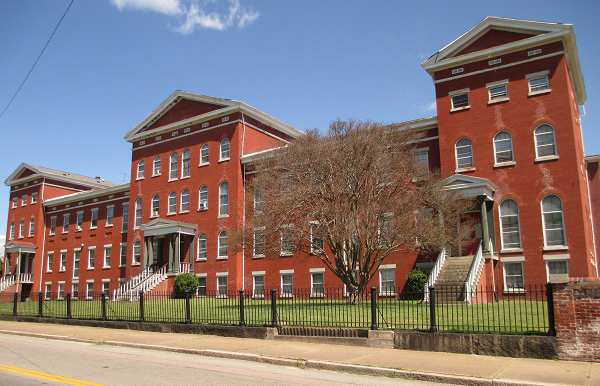 The apartments are housed in the former Almshouse, a poorhouse built in the early 1860s that was later used as a hospital and temporary HQ for the VMI.

City property records show that White had owned the buildings since the late 1980s. CRG paid $1.52 million for the two parcels, which total about 3.5 acres and house the four-story, 82,000-square-foot main building and the 5,100-square-foot rear building, built in 1908.

The other two parcels — 200 and 206 Hospital St. — were acquired from the RRHA in 2017. City property records do not reflect transactions for those parcels, which are beside Second Street and house a 41,000-square-foot building, also built in 1908, and the 9,500-square-foot 200 Hospital St. building, which was built in 1960 and once housed the RRHA’s now-defunct police force.

Apartment residents in recent years have complained to local news outlets about the units’ heating and air conditioning. Several air conditioner units are visible in windows of the buildings.

The renovations are expected to improve those conditions, said Chuck Thies, a spokesman for CRG. Plans call for a new HVAC system to be installed, along with additional improvements to individual units, common areas and building exteriors. Apartment renovations will include new kitchens, bathrooms, windows and aesthetic improvements, Thies said.

“The apartments are being completely renovated, top-to-bottom,” he said.

Thies said the bonds are the first in Richmond to take advantage of a new 4 percent floor rate for low-income housing tax credits that was included in the recent federal stimulus legislation. EquityPlus, a D.C.-based investment firm, is assisting in selling the tax credits. 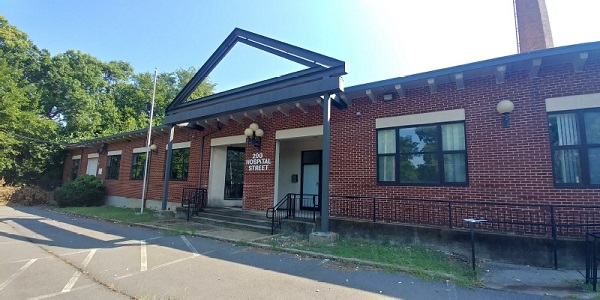 The 200 Hospital St. building will be converted into a community center and leasing office. (Zavos Architecture+Design photo)

The first phase of the renovations will be the community center, which is being designed by Maryland-based Zavos Architecture+Design. The general contractor is Weavercooke, out of North Carolina.

Baltimore-based Kibart Consulting Engineers is handling mechanical and electrical work, and Fairfax-based Adtek Engineers is the civil and structural engineer. EHT Traceries, out of D.C., is the historical consultant on the project.

“I applaud my colleagues for their support in making these investments possible. The need to create and preserve affordable housing has never been greater,” Robertson said in the statement.

“Together with partners from the private sector, and at no cost to taxpayers, we are renovating and preserving affordable homes,” she said. “I am thankful to Capital Realty Group for their commitment to affordable housing and their investment in the well-being of Shockoe Hill residents.”

Neither the city nor the RRHA would be on the hook for repaying the bonds, which are privately financed and underwritten. Because the project involves low-income housing tax credits, the general obligation bonds must be issued through the RRHA, which is required to get City Council approval to do so. Revenue from the rehabbed apartments would be used to pay back the loans.

McGuireWoods and Harrell & Chambliss are serving as the RRHA’s co-bond counsel on the issuance. Cedar Rapids Bank & Trust, out of Iowa, is buying the bonds, and New York-based Red Stone Equity Partners is the low-income housing tax credit federal equity investor. CRG also is putting about $5.5 million into the project, EquityPlus’s Avram Fechter said. 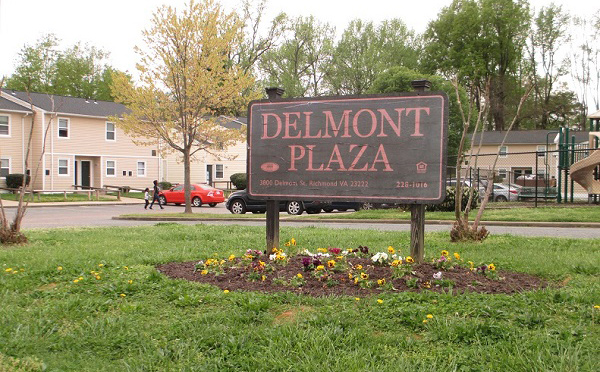 As the Shockoe Hill renovations get underway, CRG also is planning an overhaul of another subsidized housing complex it recently picked up near Richmond Raceway.

In mid-March, an entity tied to CRG purchased the 41-unit Delmont Plaza apartments for $4 million. The townhome community is located at 3800 Delmont St., off the south side of Laburnum Avenue just west of the raceway.

The seller was DP Apartments LP, an entity tied to Henrico-based Landmark Property Services. It had owned the complex since 2006, when it purchased the property for just under $455,000, county property records show.

The latest Henrico assessment valued the 2.5-acre property at $2.24 million.

The deal was brokered by Affordable Housing Advisors, an arm of commercial real estate brokerage Marcus & Millichap that focuses on government-subsidized multifamily properties.

Delmont Plaza adds to about a dozen properties that CRG owns in Virginia, including Shockoe Hill Apartments. The company’s portfolio consists of dozens of multifamily properties across the country totaling more than 15,000 lower-income units, according to its website.

“Capital Realty is always looking at acquiring properties, and it was on the market,” he said of Delmont Plaza. “They saw it as a property that was posted at a good price, so they purchased it.”

Thies said all of the units will remain Section 8 housing as they are renovated, with typical upgrades such as new kitchens and bathrooms. He said a budget for the improvements has yet to be determined as CRG is still assessing the property.

Note: This story has been updated with additional details from EquityPlus’s Avram Fechter received after publication.