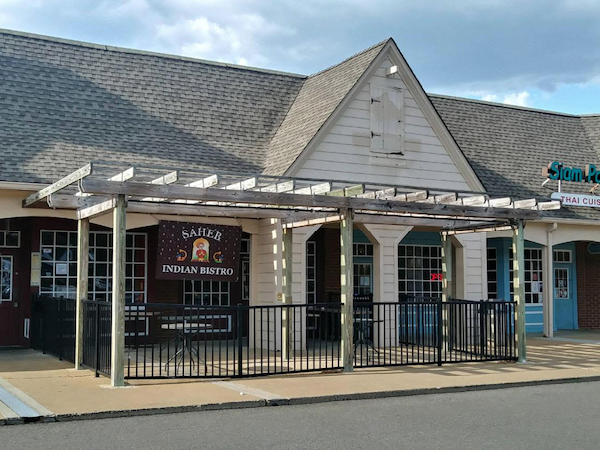 Saheb Indian Bistro plans to open in mid-June at the former location of Pescados in Midlothian. (Jack Jacobs photo)

The former home of a long-running Midlothian seafood restaurant will reopen as an Indian concept.

Saheb Indian Bistro plans to open at 13126 Midlothian Turnpike in mid-June. The space was formerly home to Latin-Caribbean seafood joint Pescados, which permanently closed in December after 18 years in business.

Saheb owner Shyam “Sam” Sharma sought to strike out on his own after he came off his most recent gig as co-owner at another Chesterfield Indian restaurant, Pakwaan Indian Cuisine, which he co-founded in 2018.

“I used to have a restaurant with my partner in the Chesterfield area and this is a really nice area,” said Sharma, who has about three decades of experience in the industry. “I wanted to open something of my own without any partners.”

Saheb will serve Indian chicken, lamb, seafood and vegetarian dishes. Sharma expects to be able to seat up to 90 people without pandemic restrictions in the 2,400-square-foot restaurant.

As to Pescado’s closure, co-owner Tina Manley said in a December Facebook post that the restaurant shuttered as a result of the pandemic.

Great addition to the village of Midlothian…

But will it have a Indian Buffet for Lunch?

Nice to have an Indian restaurant in the neighborhood! But I am still sad that Pescado’s is gone.