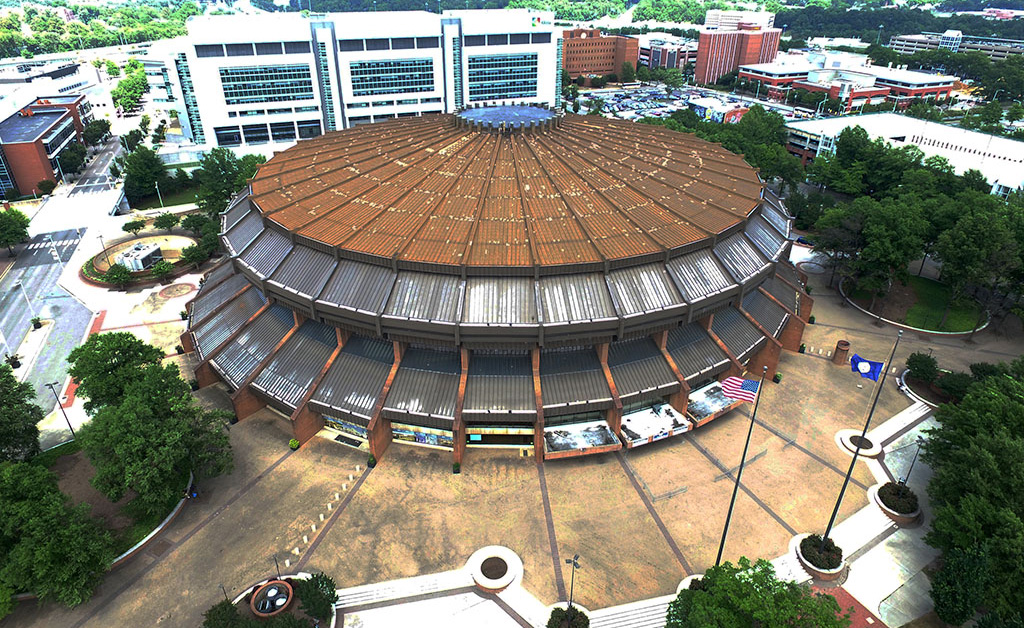 The Richmond Coliseum has quite a storied past and a local real estate attorney would like to see at least some of it preserved. (BizSense file)

One of the many fun things about practicing commercial real estate law is the real estate part.

Growing up, I often traveled around Virginia with my parents on weekends exploring cool old buildings — many of them abandoned.

Over the years since, I’ve practiced law in many of the old courthouses we had visited. And I’ve worked on development deals involving historic properties being converted to modern uses.

A recent deal was in southside Virginia, where my colleagues and I represented the lender in the conversion of a former women’s college to a hotel. The college’s most famous alumna was the actress Bea Arthur of “Maude” and “The Golden Girls” fame. 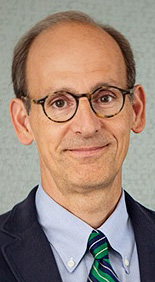 I get great pleasure from trying to help preserve a bit of the past as we prepare for the future. Which brings us to the Richmond Coliseum. To me, that’s a cool building.

I know my bias is fueled by my age and experiences there. It does not seem like nearly 50 years have passed since I first laid eyes on Julius “Dr. J” Irving. He was No. 32 for the Virginia Squires of the fledging American Basketball Association, which called the Coliseum home. Dr. J was one of many players who came through the building and ended up in the basketball hall of fame.

It was ultra-modern and magnificent. Richmond nor few other places had seen anything like it. You walked into the corridor of the round structure from one of dozens of doors. From there, you entered the arena proper. From top to bottom, it was stunning.

Many stories above was the domed, wire-netted ceiling. Looking down, you saw the basketball court, which was below street level. From there, rows and rows of seating for nearly 14,000 spectators arose at a seemingly perilous angle. The lower level of the Coliseum is a bowl like the Rose Bowl in Pasadena, California.

Now the City of Richmond is planning to demolish the Coliseum, leaving open space for outdoor events, and turn the space underneath into a parking garage.

If I had a vote, I would not use it to tear down the building. I would restore the Coliseum to all its former glory. But I don’t have a vote, and destruction seems to be a fait accompli. So, my focus as a lover of real estate who happens to practice commercial real estate law is what’s next for the site.

Besides the weekend trips I took with my parents, we traveled abroad a few times. The amphitheaters in Greece — like the Roman ones — made a huge, early impression on me.

So, it has occurred to me, that if the City wants an outdoor gathering place at the site of the former Richmond Coliseum, why not preserve a bit of the building at the same time? At the least, leave the lower level of seating. Voila: instant concrete amphitheater. And if you preserve at least part of the façade, you will have something like a modern version of a more famous structure: The Colosseum in Rome.

I hope the City of Richmond will explore options like these for the Coliseum site, and (with apologies to Joni Mitchell) not just pave paradise and put up a parking garage.

Stefan Calos is a shareholder at Richmond law firm Sands Anderson, where he is also chair of the commercial real estate team.

To submit a guest opinion to BizSense, please email [email protected]. And click here to read more about the criteria for submission.

. . . and there is plenty of parking nearby.

Excellent idea, Mr. Calos. I hope others pause and give it some thought.

If you’re going to quote (although your reference wasn’t IN quotes)….. it’s “pave paradise and put up a parking LOT” ….

Alice: I believe it was a paraphrase , not a quote from the Eagle’s song.

Well, actually it was Joni Mitchell, but who’s correcting anyone.

Come on, Alice. Lighten up…

Before you start wagging your finger at someone for not getting a quote right, maybe you should check your own work. The song lyric is “They paved paradise and put up a parking lot …”

The city of Richmond could benefit from more outside input from the public. Our city leaders tend to get swept up in group thought. Not long ago our city was headed toward a questionable deal with the Navy Hill development under the auspices that every downtown needs a big new subsidized coliseum (a la Keeping Up With the Jonses). The same holds true with reimaging Monument Avenue. Let’s have an open forum of ideas from the public. Richmond might uncover a crown jewel concept that didn’t emanate from city government.

Agree we should not just tear it down…it can be rehabilitated. Maintenance is a big part of keeping a building like that alive (just look at Hampton Coliseum and Norfolk Scope). Richmond should consider investing in the building and then maintaining it — with or without the roof…

What a terrific idea! Thank you for sharing. Only been here 3yrs, and I can tell it deserves more thought and consideration than bulldozing it.

The problem is that restoring the Coliseum will cost a fortune and that money could be better spent elsewhere. If the City of Richmond could get this property (along with others it has) off of its’ books and get the state to spend its’ surplus of funds towards restoring the Coliseum, building a new one, paving it for green space, whatever – RVA would reap the benefits without incurring the costs. As good as that philosophy sounds – it won’t happen because the leaders in the City of Richmond have a surplus of special interests that are owed political favors…and… Read more »

Take the statues, build a colosseum. I’ll wait for the outrage.

The coliseum is ugly and dated. No amount of renovation will change that. It’s also not large enough to continue its life an an events location. The land could be used more productively. And the cost or renovation would likely outstrip the cost of demolition.

Tear it down, sell it off, and tax it. It’s an awful building and now that Henrico is putting up competition it will never be used. Navy Hill was the only way to keep something there, and that ship sailed

The author agrees with me (not the other way around, ha ha). As a kid I went there to watch the Richmond Robins hockey games – this was 71 or 72. Same time as the Virginia Squires of the ABA. As far as it ‘going downhill’ I seem to recall that there were some ugly incidents involving rock concerts, during the late 70s. But that wasn’t the building’s fault. And so in the early Eighties I remember Richmond ‘banning’ further rock concerts, as a result. Its a nice Colloseum, its right smack where a venue should be. I’m not a… Read more »

Concerts were not banned. You are thinking of the Grateful Dead concert in the 80’s where the courts were opened on a Saturday to deal with the arrests for drugs and vandalism to the colosseum. The Dead were subsequently banned from returning to the colosseum as a result.

Jackson is correct. Rock concerts were not banned as I saw Ozzy, Aerosmith, Rush, Skid Row, and many others during the heyday of the 80’s. Good times. I would hate to see them tear it down even though they probably will sigh…

Interesting idea. Whether it makes sense will be in the details. Will it be a giant concrete hole that will fill up with water? IDK, will people want to use it? Lots to think about.

One thing I do have to say that as someone who lived for a decade in ANOTHER Capital City (In NYS) I have bad memories of all the me-too-ism with building big municipal projects and the attendant corruption that never seemed to get our ridiculous real estate tax rates lower — it always seemed to be all about getting the politicians and the government in general more money to play around with (whether is was spending bond money on their chosen contractors up front, or using the revenue to pay their factions of the electorate) — if you happened to… Read more »

As an architect, I can appreciate Mr. Calos perspective. However, from a seating capacity, it does not make sense. With the Colosseum’s current seating capacity at 13,553 (concert) and 11,992 (basketball), it can’t compete against other venues in the mid-Atlantic region to attract major events. The seating capacity of other mid-Atlantic arenas include: Charlotte’s Spectrum – 20,200, Greensboro Coliseum – 23,500, Atlanta’s State Farm Arena – 21,000. Even Charlottesville’s John Paul Jones arena seats more at 14,593.

This is perhaps the most IMPORTANT information right here. Also, what few like to say, and many dont know is that it tends to be Ellsworth Toohey type critics who liked this kind of architecture — this whole style sort of appealed to no one except critics who got a sense of importance by promoting style that could not endear itself to the general public, and such structures were neglected and often torn down — we had a beautiful City Hall in Troy, NY and it was torn down and an ugly brutalist city hall took its place, to great… Read more »

I agree with Mr. Calos. I have family from Europe, who ask why Americans seem to have such a love for tearing things down. As far as the building being ugly. Isn’t that rather subjective? My mother thought I was a beautiful child, so it just goes to show you.

I am tired of hearing about the Europeans — if they tell you this, then tell them we are the Medici — yes, we tear things down, sometimes this is more bad than good, but we BUILD new things and the cumulative result is better. NYC would never be NYC without tearing down LOTS of beautiful things, multiple times.

Louis the XIV (and others) did this and the results were world-class magnificent and the only reason modern intellectuals don´t complain ever is because they don´t remember what was there before.