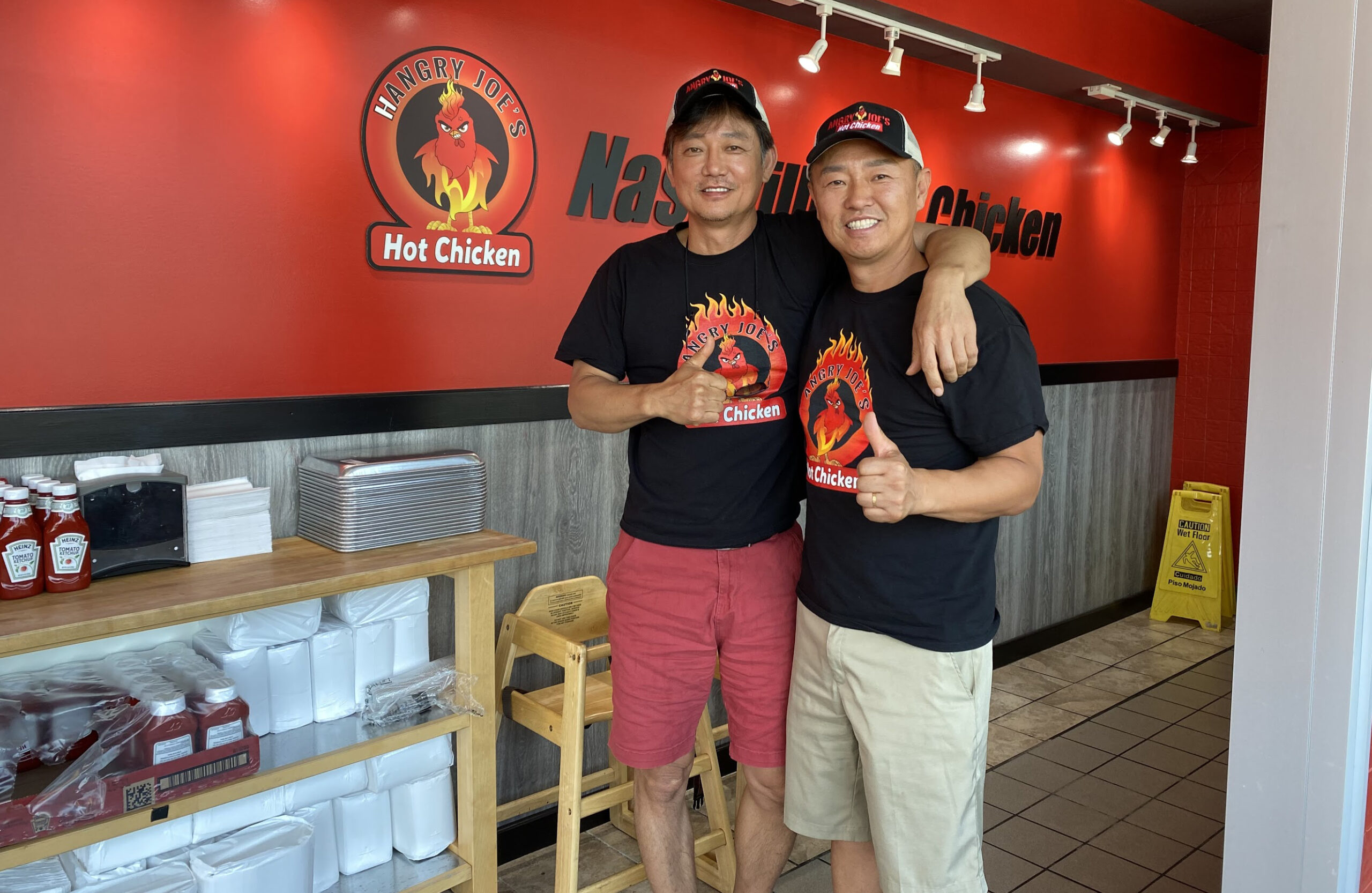 A lot has happened to Derek Cha in the six years since he sold Sweet Frog and it hasn’t been as smooth a path as the one he rode to becoming Richmond’s frozen yogurt king.

He tried and failed with another franchise concept, a Chipotle-style Korean restaurant called Zzaam.

Then came legal troubles when he moved from Richmond to Northern Virginia, where he was arrested and found guilty of a domestic battery charge and sentenced to 30 days in jail in 2019.

Cha and business partner Mike Kim last month launched the first of what they hope will be many Hangry Joe’s locations in a renovated former Sweet Frog storefront that Cha still owns at 10040 Sliding Hill Road in Ashland.

“I’m excited and I hope that it’s going to be a big hit,” Cha said. “I’m hoping for even bigger success (than with Sweet Frog).”

Cha and Kim, who had a Korean barbecue restaurant in Northern Virginia for almost 30 years before closing during the pandemic, are looking to capitalize on what they said is a hot chicken craze playing out in certain cities around the U.S.

“We got into this hot chicken business because it has been doing really well in the Los Angeles area. There are several places that have been doing incredibly well,” said Cha. 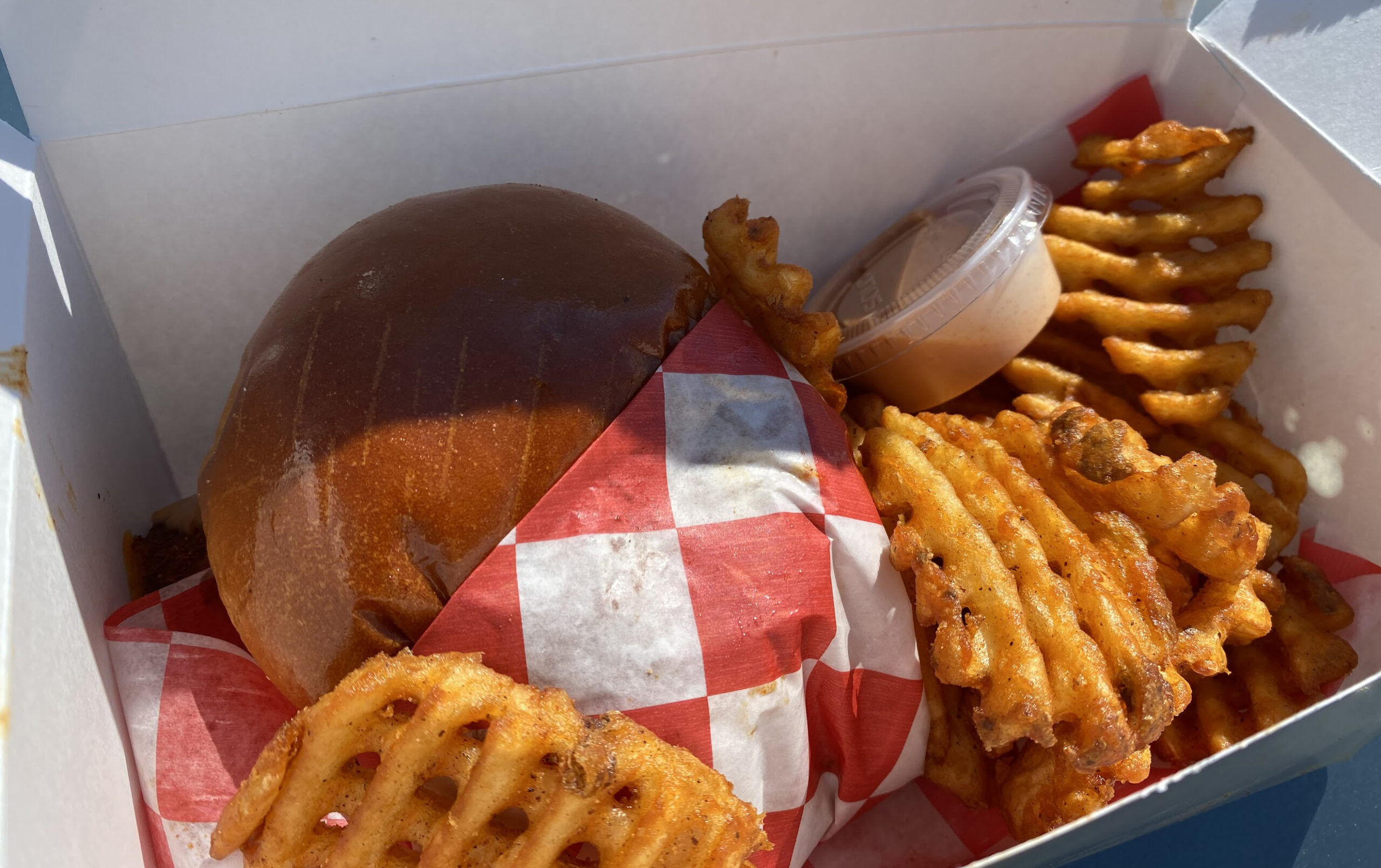 They traveled to hot spots such as L.A., San Francisco and Nashville, where the recipe’s origins are traced, scoping out the competition and developing their own recipes.

“We decided to look into it and we visited Nashville where it originated. We tried all of the hot chicken sandwiches in Nashville, and we spent several months there to really get a feel for the taste of this style of chicken.”

The duo went into business together after knowing each other for about two years following an introduction from Kim’s sister. Starting with this first location, their plan is to franchise the concept, like Cha did over time as he grew Sweet Frog to hundreds of locations worldwide, before selling his stake over the course of at least two deals.

Kim and Cha spent over a year researching and developing the menu for Hangry Joe’s. A lot of this was tasting the competition’s offerings and trying recipes out of Kim’s bakery. They said that they wanted to keep the menu simple and focused on the hot chicken sandwich, which has been their biggest seller since opening in May.

The chicken comes in five levels of heat, ranging from plain to “Angry Hot.” This can be chosen for any chicken dish on their menu, from nuggets to chicken and waffles.

Though they take influence from Nashville chicken, Kim and Cha said they also wanted to keep some of their Korean culture in their recipes with Korean-style nuggets and special sauces.

“I believe, and my customers do as well, that it’s the best chicken sandwich you can find out there,” Cha said. 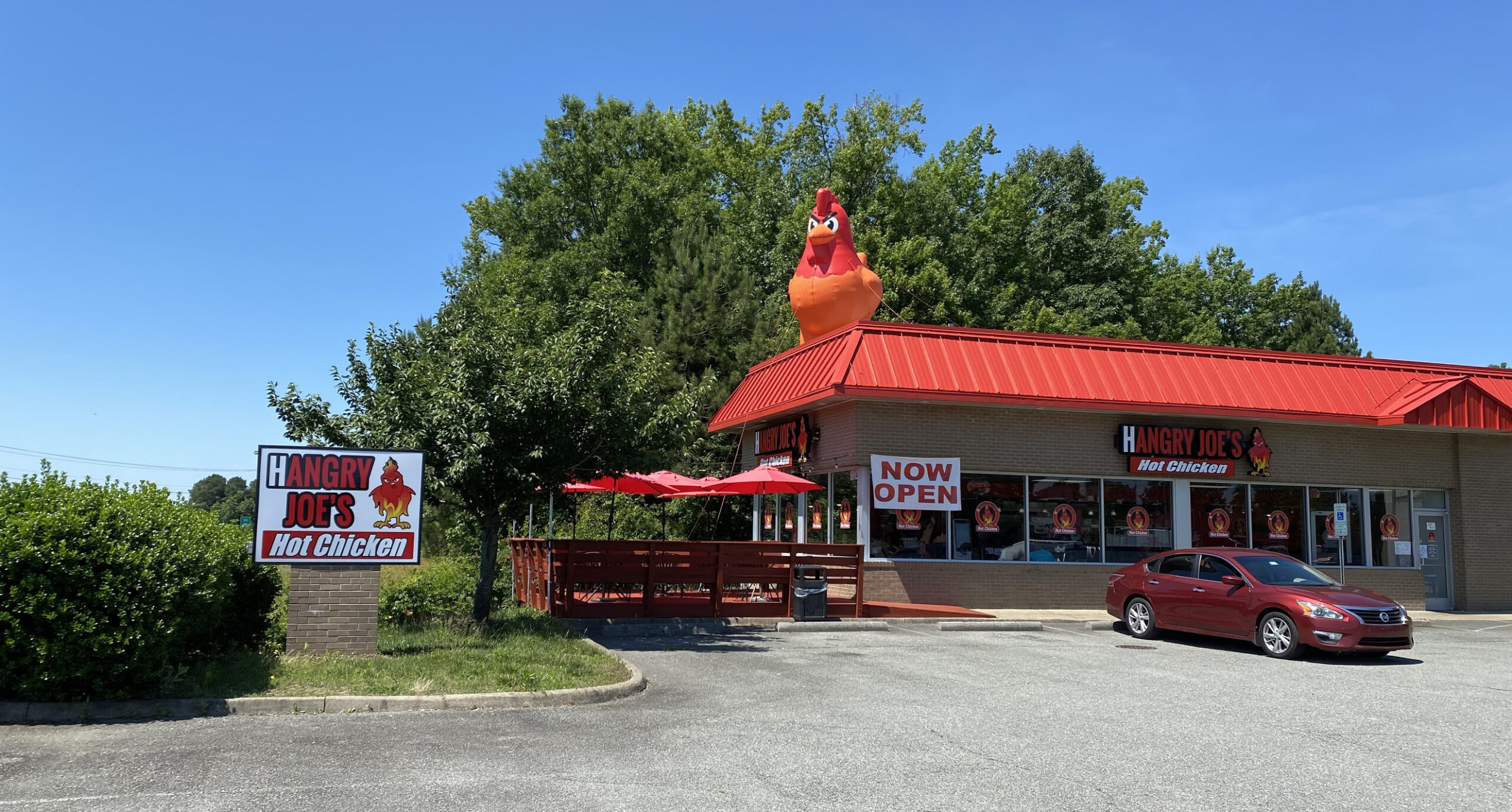 It’s hard to miss the big chicken on the roof of the new Hangry Joe’s Hot Chicken restaurant.

Kim and Cha renovated the former Sweet Frog building for just under $200,000. Cha said the project took about 90 days to complete.

The company is already looking to expand. They are currently negotiating a lease in Short Pump and are also looking at the former Sugar Shack location at 1501 N. Parham Road, as well as a few others in the works.

Cha said they hope to expand the Hangry Joe’s name across the country as well as across Virginia. They have connections in Dallas, Texas and Georgia that they hope will lead to locations in those states, he said.

Cha described the launch of Hangry Joe’s as a restart of sorts.

In addition to the failure of Zzaam, which at one point had six locations, Cha was arrested in late 2018 on a domestic battery charge for an attack on his wife and was found guilty by a Fairfax County jury in 2019. He was sentenced to 30 days in jail, but had already served his time while awaiting trial.

“I feel like I was at my lowest point at that moment. The rock bottom,” Cha said of his legal issues and resulting divorce. “There’s no other way to go below that. It’s like Hell.”

As he pondered a path to get his life back on track, he landed on the route of launching a new business.

“I was down but not out. To bounce back was a no-brainer. The only way was up,” he said. “I’ve done a lot of exercising, a lot of thinking and praying for a new venture, and my partner and I came up with this. Really, through the grace of God, I am back in a very meaningful way.”

I’m not sure I needed to know about a domestic battery charge in a business story, unless,of course, he was beating a paying customer.

I believe it’s very relevant so that customers are aware whether or not patronize an establishment due to the operator’s character. Very relevant indeed!

I know of two RVA restaurants I stopped going to, fairly recently, due to multiple, credible accusations of sexual harassment.
One went under, and one was sold and reopened under new management.
I care about it as well.

Yep, the business is an extension of the owner… The Chinese Communist Party is responsible for 50 million + murders of their citizens over the years…and the CEO of Nike recently stated that “Nike is a company for and by China”. Well, my kids will NEVER see another Nike product on my dime regardless of how cool it is or how much they whine…Not gonna happen. Sometimes you have to vote with your wallet. Adios Nike!

Well, perhaps Biz Sense should publish a list of all restaurant employees and owners in the city who have been in trouble with the law. If you folks are true to your word, you’ll be back on lockdown, or at least you’ll have very few choices.
However, I do agree about Nike, but I think that’s a bit different. Maybe I’m being too presumptuous. Perhaps you equate Cha with Xi

What is going on with Carytown and the former Zzamm that became the RVA Tap Room food hall building!