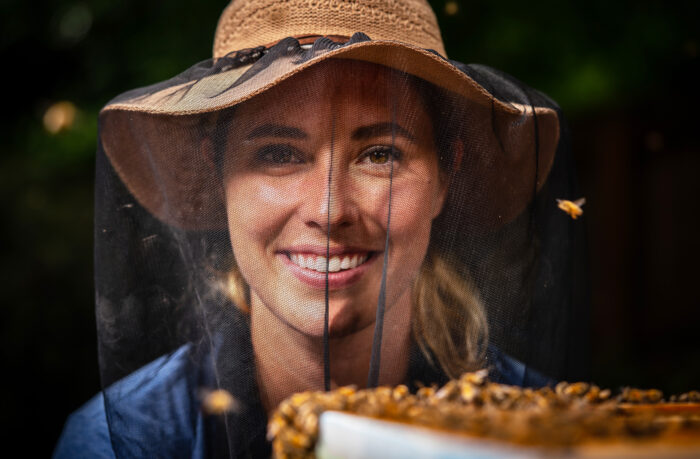 Downtown office buildings have been far quieter than normal over the last 18 months. But since November, the SunTrust Center has remained abuzz with worker bees of a different sort.

Raleigh-based Bee Downtown, which installs and maintains beehives on corporate campuses, expanded into Richmond from North Carolina with its first hives in Virginia atop the 26-story building at 919 E. Main St.

Bee Downtown CEO Leigh-Kathryn Bonner said the result is two hives containing about 30,000 bees each, aimed in part at helping Mother Nature and in part at corporate teambuilding.

“While we are putting the hives on the campuses — and it is very much a sustainability initiative — what we do throughout the year is we have employees going through interactive experiences,” said Bonner. 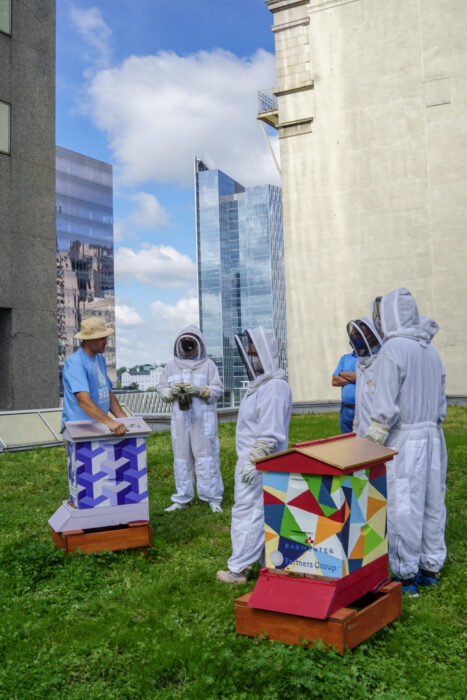 The 26-story SunTrust Center’s green roof has two hives containing about 30,000 bees each.

“They’re learning about leadership, about how a hive colony is a great example of a high-performing team. It’s meant to actually create these great places to work and to create pride in the employer and company you work for,” she said.

Bee Downtown started in Raleigh and Durham and expanded to Atlanta in 2018. It had been planning to come to Richmond earlier in 2020 but waited until the latter part of the year because of the pandemic.

The Richmond hives were made possible by connections Bee Downtown made with Partners Group Global, which co-owns SunTrust Center with Parmenter Realty Partners.

Bonner said the downtown Richmond building was a good fit because it’s one of the oldest green roofs in Richmond. A green roof, or living roof, is one that is covered with some kind of vegetation to help reduce the urban heat island effect, reduce storm water runoff and aid in energy conservation.

The SunTrust building has lightweight and low growing plants and a thin layer of soil.

“It’s really awesome to be able to bring more green activity and sustainability to one of Richmond’s oldest sustainable and green buildings,” Bonner said. “There’s always more we can do in the world of sustainability. Little actions collectively make a really big difference.”

Other Richmond hives are in the works. The Graduate Hotel, which has Bee Downtown bees on its location in Chapel Hill, North Carolina, has wanted to do something similar for its downtown Richmond hotel but lacks space on its rooftop. As an alternative, Graduate is working with Cirrus Vodka to put hives at the distillery at 1603 Ownby Lane.

Bonner said those hives would be installed around late summer to early fall.

Besides Richmond, Bee Downtown is also looking at expansion into Tampa, Florida; Charlotte, North Carolina; and the D.C.-Northern Virginia Area.

The for-profit company acts like a beehive rental service. Each hive is contained in a wooden box that is painted by hand.

Bee Downtown owns the hives that they place on buildings and campuses, and businesses pay annually to have the hives on site and for Bee Downtown to care for the bees.

Prices vary depending on how much educational programming is provided for tenants or employees and typically range from $10,000 to $25,000 per year.

At the SunTrust Center, one way for workers to connect with the bees is through a live stream of the bees running in the main lobby. 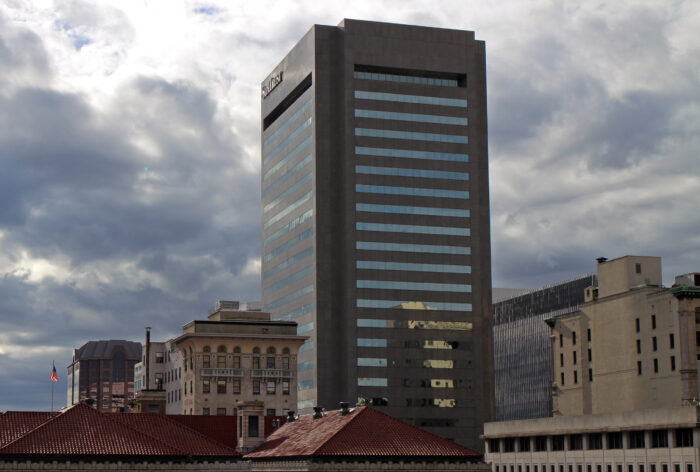 And there’s an added sweetener to the setup: All of the honey produced by the bees is kept by the companies that host the hives. Bonner said Georgia Power, one of their partners in Atlanta, is the current national champion for the best tasting honey in the country through the National Black Jar Honey Contest.

“For lack of a better term, it’s sticky. These lessons stick with the employees and that’s what we really want to focus on,” she said.

Bonner said Bee Downtown has about 13 employees and will look to hire more staff in Richmond as they expand here. The current staff includes four beekeepers, of which Bonner is one.

At 28 years old, Bonner is a fourth generation beekeeper. Though she grew up around bees and agriculture, she studied international relations at NC State University and only became interested in beekeeping after taking a course on it in her freshman year.

“My grandfather and my uncle are my greatest mentors,” she said. “A lot of people who are starting to become interested in beekeeping are reverting to YouTube videos and blog posts that are also written by very new beekeepers who also don’t know what they’re doing. I had decades and decades of family and friends who could help me.”

Bonner also is looking to grow the ranks of professional beekeepers more broadly. Bee Downtown is starting an apprenticeship for hobbyist beekeepers in which they will work with them at their headquarters in North Carolina for a year and teach them how to keep bees full time. They would also be certified by state beekeepers associations.

The goal, Bonner said, is that the apprenticeship will produce beekeepers who are consistent with the Bee Downtown brand: being able to lead hive tours, participate in employee engagement events, be personable and willing to talk.

“Our beekeepers, pretty much every day, will open more hives than the average hobbyist beekeeper will open in a year’s worth of keeping bees,” she said. “We want to find people who can say ‘I want to do this all day every day,’ and then train them under our lead beekeepers.”