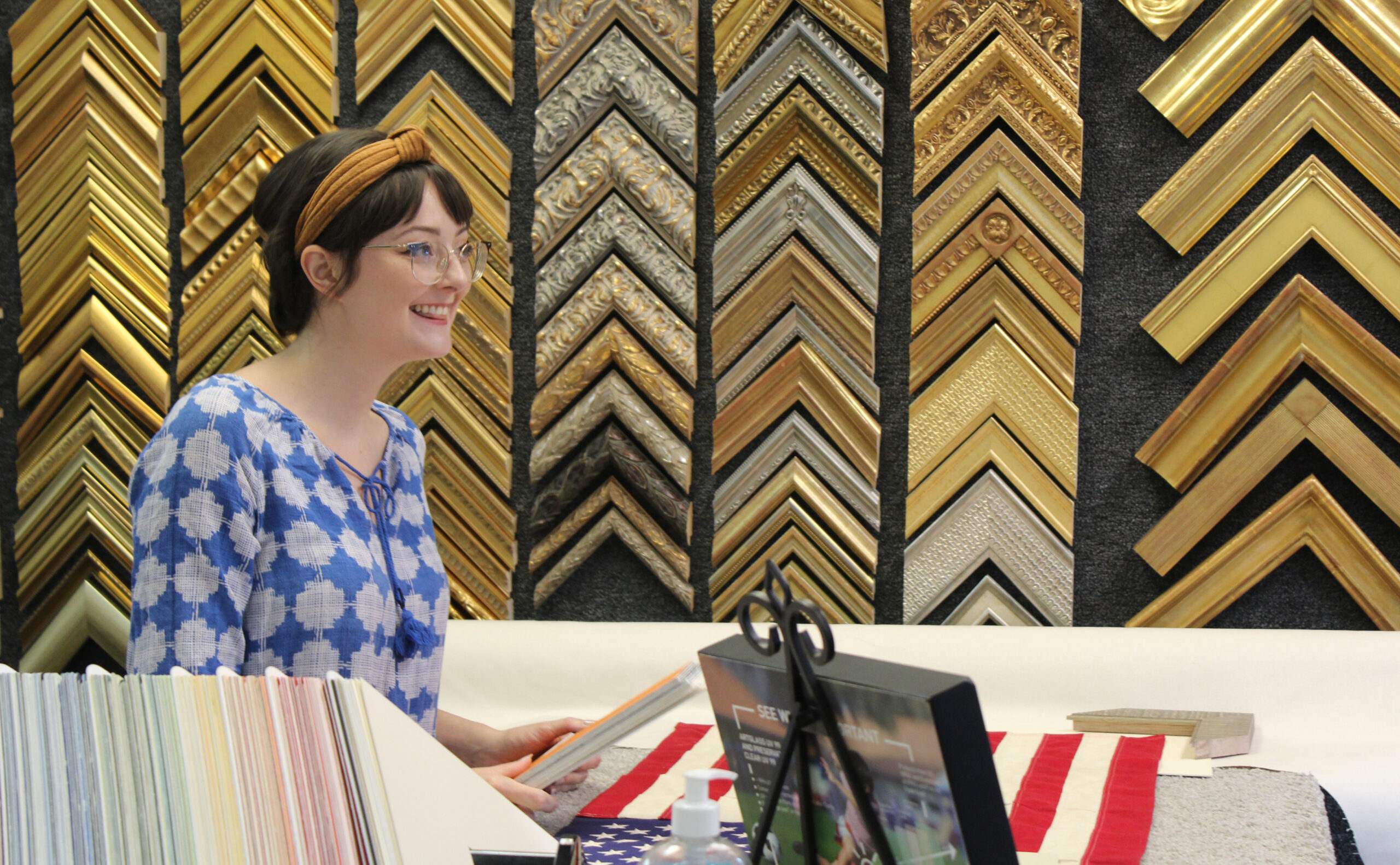 Lindsay Schmidt is a new co-owner of Rick’s Custom Frame and Gallery. She had been an employee for seven years. (Noah Daboul photos)

Rick’s Custom Frame and Gallery at 5702 Patterson Ave. started off as a mom-and-pop shop more than 10 years ago after owner Rick Michaels had spent almost two decades in the industry.

Now, as Michaels looks to retire, the shop is being passed to familiar hands — it’s been sold to some of its long-time employees.

David Turner and Lindsay Schmidt officially acquired the business on July 1 for $600,000. The deal was brokered by Gavin Raphael of Light and Raphael Business Brokers. 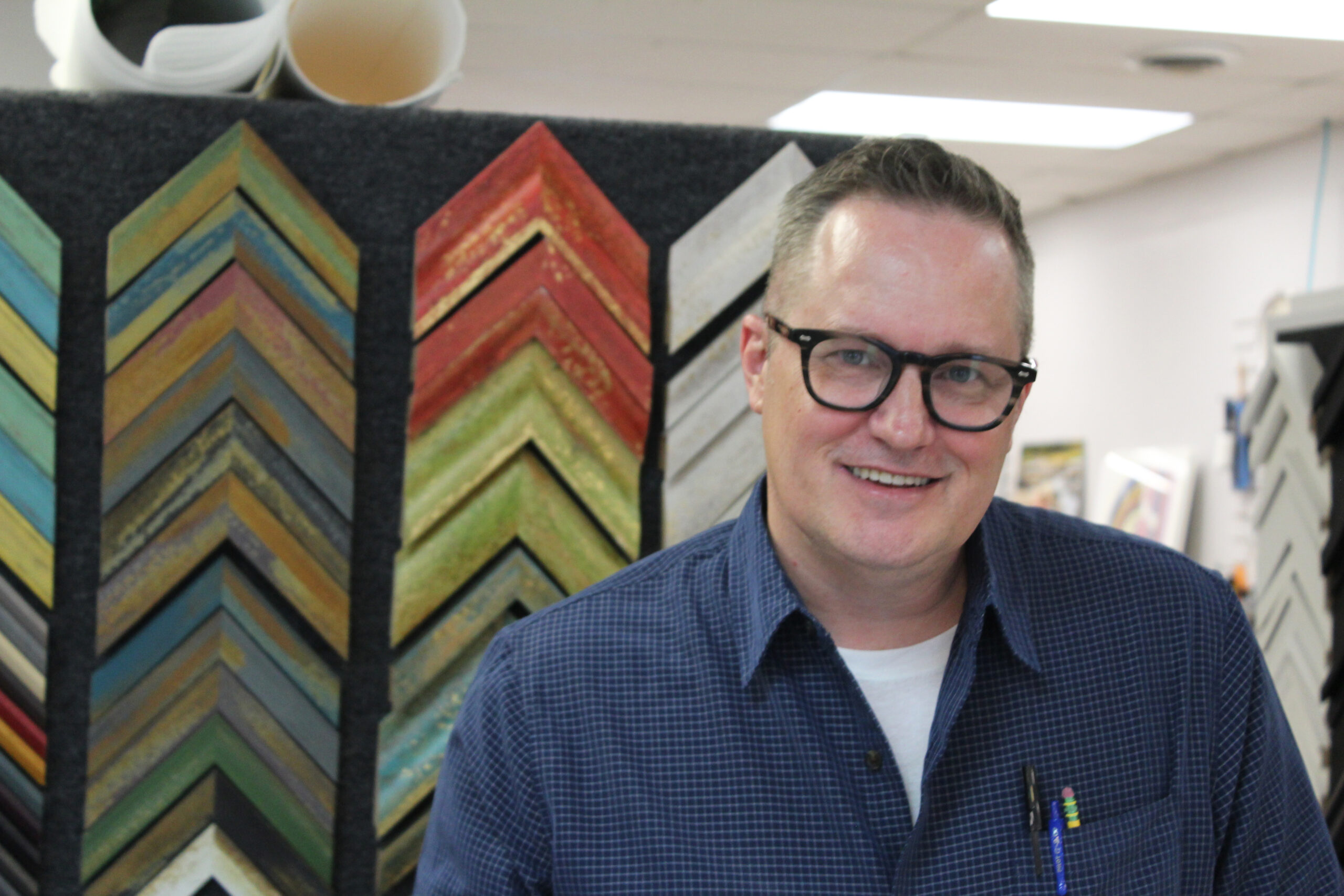 David Turner is also a new co-owner of Rick’s Custom Frame and Gallery. He had been an employee for more than nine years.

“It was the perfect situation for me,” Michaels said. “I’m not even sure I would’ve sold it to a stranger. I trusted that these two employees would carry on the business just as I liked to do it. They don’t plan to change much of anything.”

Turner has been at the shop for more than nine years, and Schmidt has been there for seven. The shop offers custom framing services for art, diplomas, collectibles and more.

“After nearly nine years, I knew I wanted to stay on. But Rick was ready to retire. It’s such a good business with a great reputation and the best team I’ve ever worked with,” said Turner. “When Rick said he was thinking of selling, I let him know I was interested.”

Michaels originally reached out to Raphael on March 17 for assistance with selling the business, which Raphael said was an easy deal. 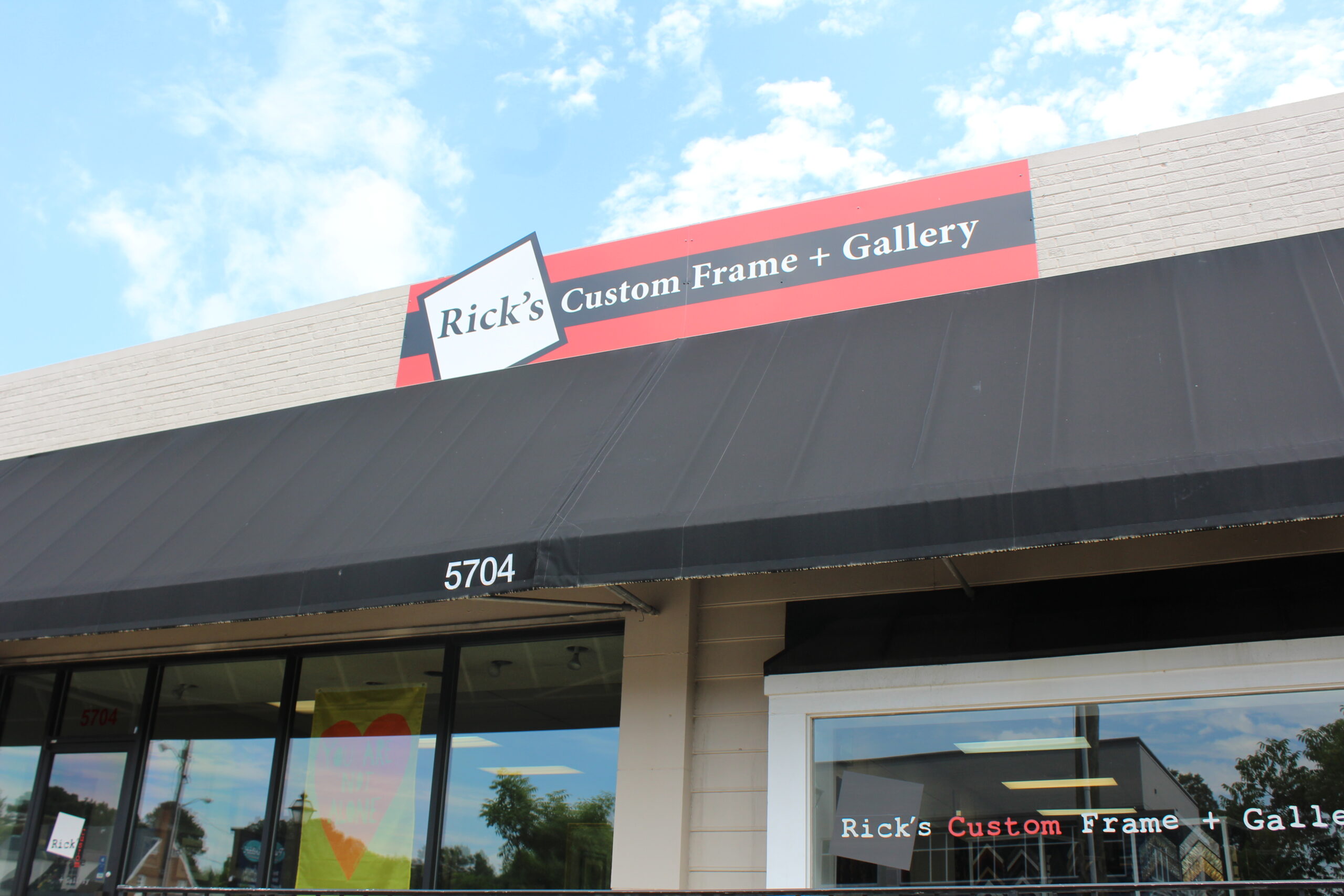 Rick’s Custom Frame and Gallery is under new ownership after the owner decided to retire and sell the business.

“Traditionally when I help sellers it’s not the case (that the buyer is already arranged), but this was a rare instance where someone had the buyers in mind but had no real idea of how to walk through the process,” Raphael said.

Turner and Schmidt financed the deal through savings and family contributions and partly through Michaels loaning them about a third of the purchase price.

At 65, Michaels chose to sell the shop for a number of personal reasons. He just went through a difficult year that included the death of his wife and exhaustion from the pandemic.

“I just decided that I wasn’t getting any younger, and if I was able to do so I wanted to start a new chapter in my life,” he said. “We’ve been pretty successful and I feel like they’re going to carry on and do really well themselves.”

Congrats David and Lindsay! Cannot wait to see how my football turns out