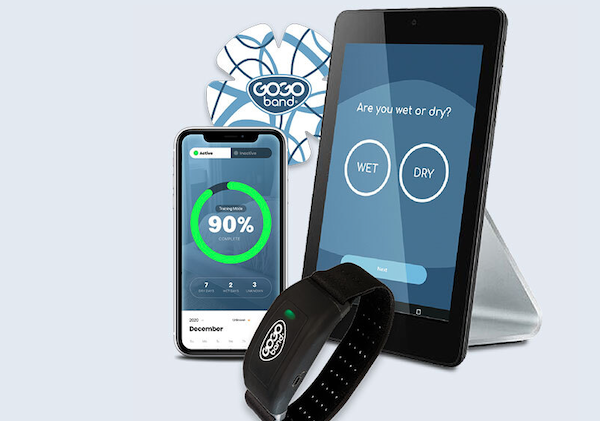 GoGo Band’s system, which features sensors and a tablet, is designed to help children stop wetting the bed. (Screenshot)

With sales of its tech-heavy solution to bedwetting finally underway, a Hanover startup has left its incubator space and moved out on its own.

GoGo Band, which sells a tablet-and-sensors system intended to stop children from wetting the bed, moved into a 2,100-square-foot space earlier this month at 11080 Air Park Road.

GoGo was founded by Jon Coble and Tim Baker in 2016.

While Baker is no longer with the company, Coble said the idea for GoGo Band was inspired in part by Baker’s experience as the father of children who struggled with bedwetting.

The system’s sensors learn and monitor a child’s biometrics like temperature and pulse to anticipate when the child is about to wet the bed. When that time comes, the system wakes the child with an alert, with a goal of strengthening the child’s ability to connect the feeling of a full bladder with the need to wake up and go to the bathroom. 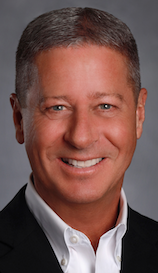 “We basically built a personal urine prediction model for that child,” Coble said.

The company targets boys and girls who are 5 to 18 years old.

“These kids are ecstatic, we’re really changing their lives,” Coble said. “They start having sleepovers and start going to summer camp.”

GoGo’s kits are currently selling at a discount rate of $324 on the company’s website. The system requires a monthly subscription to operate. Parents can track their kids’ progress with a mobile app.

Coble said the company has sold a few hundred units to date, and its goal is to sell 1,000 units a month by the end of this year. Coble said about 8.5 million kids in the United States struggle with enuresis, which is defined as bedwetting by children who are 5 or older.

The company sells its units through direct online sales as well as referrals from a network of 20 to 25 pediatric urology practices across the country. The company has customers spread throughout the country, though most are in the mid-Atlantic and Northeast, Coble said.

The move into the new facility comes on the heels of the company’s third round of seed capital fundraising, which it kicked off in June. The company wants to raise $800,000 to hire about five more employees.

The company has raised about $2 million in equity to date. The company currently has five employees.

GoGo develops its system’s software in house. The hardware is built by domestic and foreign contractors. Final assembling and testing takes place locally before units are shipped to customers.

Coble has 20 years of experience in the corporate world, and has made stops at Capital One and Mercer. Prior to GoGo he co-founded 8Jax, which developed a communications software platform aimed at businesses.

Looking forward, the company wants to expand into the European market and develop a product targeted at adult incontinence. Coble said about 28 million U.S. adults suffer from some manner of continence problem.

“It’s one of the most prevalent conditions in people over 65,” he said. “It’s a big market.”