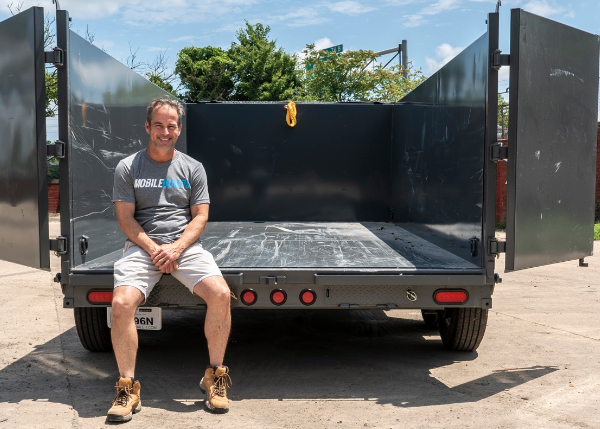 As it looks to franchise its business model nationwide, a Richmond-based dumpster rental company has found a bigger headquarters in Scott’s Addition.

Mobiledumps, which rents wheeled, 14-cubic-yard dumpsters to residential and commercial users, moved into 3425-B W. Leigh St. earlier this week.

The 2,115-square-foot space will be home to the company’s leadership, customer-service call center and franchisee training center, the latter being key to the company’s entry into franchising in October.

Founder and CEO Cam Morrison said he hopes the trendy Scott’s Addition neighborhood helps get his future franchisees excited about the company.

“The goal has been to franchise all along. These last two years we have worked on fine tuning our process,” Morrison said, adding that the company’s previous home was an 800-square-foot space at 2919 W. Leigh St. “We needed a space that generates the excitement of our brand. People will come in from all over the country to train here.”

Mobiledumps launched in the Richmond area in 2018, with a goal of filling what Morrison sees as a gap in the dumpster market for an on-demand wheeled offering as a more nimble and user-friendly service than a traditional roll-off dumpster rental.

Customers schedule a dumpster delivery online and the company delivers the dumpster to the site. After the customer fills up the dumpster, the company retrieves it. Morrison said users range from homeowners who want to clean out garages to contractors who need dumpsters at construction sites. 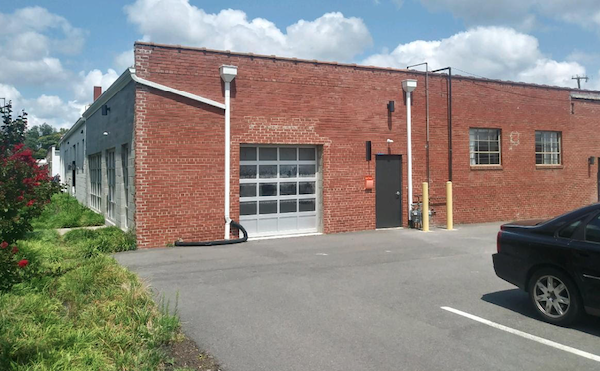 “The expectation of getting it when you want it really wasn’t there. That was really the aha moment, especially on the residential side,” Morrison said. “The beauty of Mobiledumps and how it started was (a solution for) a weekend warrior, house-clean-out person intimidated by ordering the roll out.”

The company expanded to Hampton Roads in 2020 and then opened an outpost in the Raleigh, North Carolina area in February. All three corporate-owned locations are expected to transition into franchises in the future.

Customers schedule a dumpster delivery online and the company delivers the dumpster to the site. After the customer fills up the dumpster, the company retrieves it. Morrison said users range from homeowners who want to clean out garages to contractors who need dumpsters at construction sites.

Mobiledumps plans to have a roughly eight-person team at its headquarters, and about half of those people will be involved in franchisee training. It is aiming for 10-20 franchises in the mid-Atlantic by the end of the year. The company has two drivers in Richmond and a driver each in its other markets.

The company’s most popular rental period, a two-day rental, costs $299 in Richmond and $319 in its other markets.

Mobiledumps is financially backed in part by Richmond-based 4848 Ventures, which became an investor in the company in 2019.

MobileDump? Is it April 1st?

Good business idea. It’s renting and delivering dump trailers instead of just renting them. 300 for 14 yards is pretty fair pricing too