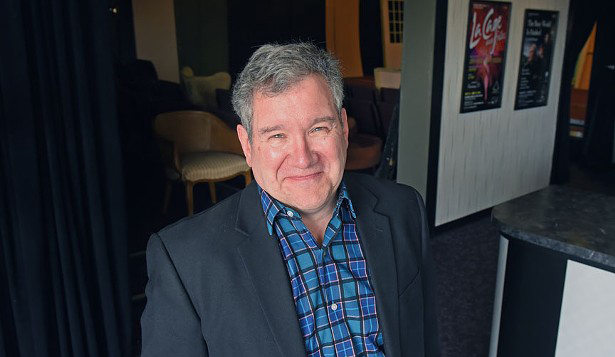 Facing the new Delta variant of COVID-19 as they juggle reopening, many of Richmond’s music and live entertainment venues got a sorely needed shot in the arm in recent weeks.

About two dozen local venues received a total of $10.78 million in Shuttered Venue Operators Grants, a federal stimulus program aimed at one of the sectors hardest hit by the pandemic over the last 18 months.

The program, administered through the Small Business Administration, goes beyond the original rounds of the broader, more highly publicized Paycheck Protection Program, or PPP, in which many venues also were able to participate.

SVOG is another of the government’s industry-specific stimulus programs, following the Restaurant Revitalization Fund, which brought $73 million to local restaurants in recent months.

The funding received by the 26 Richmond-area SVOG participants ranged from as much as $2.5 million to as little as $6,700. Nationally, the first round of SVOG gave out grants to more than 10,000 organizations totaling $7.5 billion.

The top recipient in the Richmond region was EventMakers USA, which until this year ran the longtime Innsbrook After Hours concert series before starting a separate series at Meadow Event Park.

EventMakers President Larry Creeger, a veteran of the events industry for 40 years, said the $2.57 million in SVOG funds is helping his company restart after the most difficult time he’s been through in his career.

Creeger said the money allotted to EventMakers went right to paying bills for his business and paychecks for employees.

“A lot of the money went to the people who were building the (Meadow Event Park) site to make it operational,” Creeger said. “We were in a position where we were using Peter’s money to pay Paul — using ticket money to get the site going and that’s a sticky situation. Now the SVOG money has come in and ended that.”

He added, “We still have some people to pay. It hasn’t been a sensational success but has been a big saving grace to keep us going.”

EventMakers officially reopened for shows on May 14, and Creeger welcomed the first live crowd back by having them sing happy birthday to him. While leaving the stage, he said, he was met with open arms by people in tears who hadn’t been working for nearly a year and were now able to earn a living again.

“That’s when I realized that it’s a lot bigger than just what we’re doing. It really changed the way I felt about everything,” he said. “I can’t tell you the amount of times I’ve had people come up and thank me profusely for having a season. It was lifesaving for some people.”

Owner Lucas Fritz expects a large portion of the grant will go to paying off the debt to Broadberry’s landlord, who he said was very gracious during the pandemic and reduced rent.

It will also go to overall production of events and aid in reopening in a full capacity. Its first show was July 30, with performances from Langhorne Slim and Twain.

“We closed our doors on March 15, 2020, and we’re just now opening up,” said Fritz. “We got creative and did a handful of things, none of which came close to replacing the revenue we generate through normal operation,” Fritz said.

The Broadberry also had been working on renovations in preparation for reopening.

“When you’re closed, there’s a lot that goes into reopening. We had to service all of our equipment, the HVAC, the refrigeration, our beer and draft system, soda system, our sound system,” Fritz said.

There’s also the challenge of navigating the logistics of the rest of the entertainment industry, which itself is gearing back up.

“When you are a music venue, you have to work to line up the schedule, get the artists on board, bring back all of the show specifics,” Fritz said. 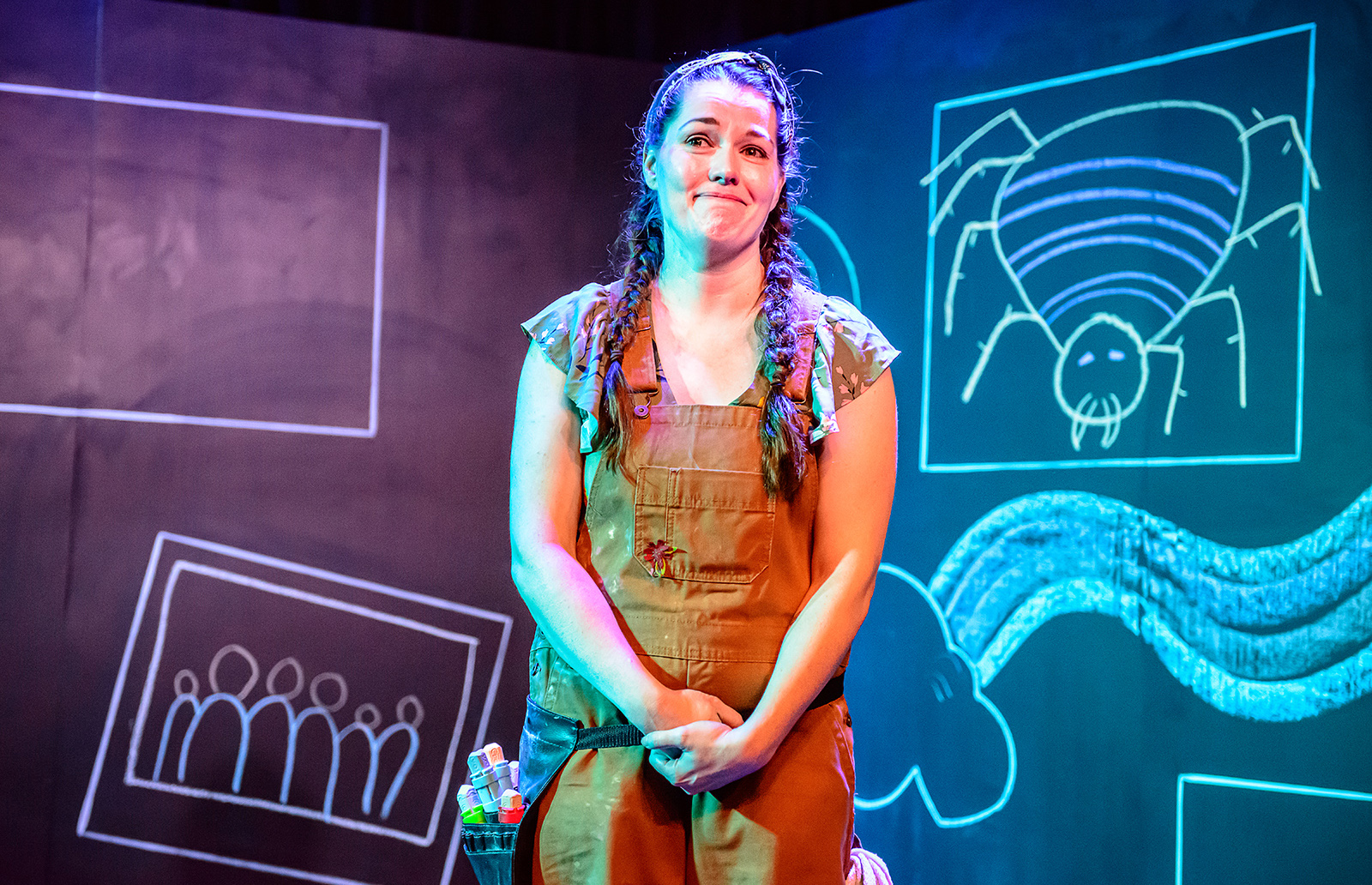 Local theater troupes also were able take advantage of the SVOG program. Among them was the Scott’s Addition-based Richmond Triangle Players, which received $94,000 in grant money.

Director Philip Crosby said that the SVOG program was very specific as to how the money could be spent. His group applied to make sure all of the salaries for administrative staff and artists were covered into the end of this year.

Crosby said when the pandemic first hit, the group was in a lucky position in that it was in between shows and didn’t have to turn people away. It then had time to plan for how to reopen with social distancing in mind.

“We finished a show on March 6, then everything shut down the following week,” Crosby said. “We opened back up in October in a very modified format. We reduced our seating from 90 down to 20 in socially distanced little pods. We had all sorts of guidelines and plexiglass up and did all sorts of cabarets and one-person shows.”

The Triangle Players reopened this month with a one-person show, “The Pink Unicorn,” with full seating capacity.

“We’re in good shape coming into all this. We’re going to be able to do shows as planned, that’s not an issue,” Crosby said. “So far we’ve had a great opening weekend, I think that people are desperate to get out and do something.”

While Crosby said that people have been responding marvelously and ticket sales have been positive, fears of the Delta variant are looming.

“The Delta variant is scaring folks, and I personally know some fully vaccinated folks who dealt with breakthrough infections, although they were mild,” he said. “People are getting more particular about where they want to go.”

Hope for the future

Despite the lingering virus fears, venue operators remain optimistic in light of event calendars filling up, even while instituting new Delta-related rules.

The Broadberry and Richmond Triangle Players, along with other venues, announced in recent days they would require attendees to be vaccinated or show proof of a recent negative COVID test.

“We were a little leery about doing that,” Crosby said. “It’s work to police people but the response has been overwhelmingly positive.”

Crosby said Delta isn’t dimming the excitement audiences have when returning to the theater.

“You can tell it in the audience,” Crosby said. “It was a pleasure to take down all the plexiglass and remove social distancing stickers. There’s an extra feeling of relief and joy that they get to get out and get back to normal.”

Fritz said that this August and September at the Broadberry will feature primarily local and regional artists, and once it gets into October and beyond is when the nationally touring bands will start picking up.

“I feel every emotion on a daily basis,” Fritz said. “It is exciting to get back into hosting live shows, it is terrifying thinking about all of the things we have going on, it is stressful balancing staffing with contractors and doing renovations and on top of that we are balancing what sort of COVID regulations we have to take with the continued rise of the Delta variant.”

Like Crosby, Fritz said the pent-up demand that people have had to see live music has translated into positive ticket sales and reactions to the shows and tours they’ve announced.

“That indicates to us that people are ready to see live music and experience that in person in a way that watching livestreams just doesn’t replace,” he said.

Vaccine mandate? By getting vaxxed I would be participating in a Phase 3 type trial wherein the risks of these “investigational vaccines” may not be observable for several years. Moreover, the current vaccines are aimed at the Wuhan strain, not the Delta variant. And the Delta variant is not as deadly. (Muller’s Ratchet: each mutation becomes more virulent, but less severe.) Also, viruses are mutating in the vaccinated. Thus, if Covid does develop more dangerous strains, it would arguably be the fault of those who chose to fight the pandemic with these vaccines rather than by other drugs or with… Read more »

Thank you kindly for showing off the virology degree you got off google. The article was about financial relief efforts for local music venues. Good for these businesses to get some of the same help offered to other targeted industries. I hope they can all make it.

I suspect that to be this misinformed, a degree from Google would take effort and searching for answers. Chaplin’s rambling conspiracy theories are picked up from talk radio, Facebook, Twitter and a healthy dose of Fox News and OANN. Thank god these people were not around as we tried to eliminate polio from society.

It appears they know much more than you on the subject.