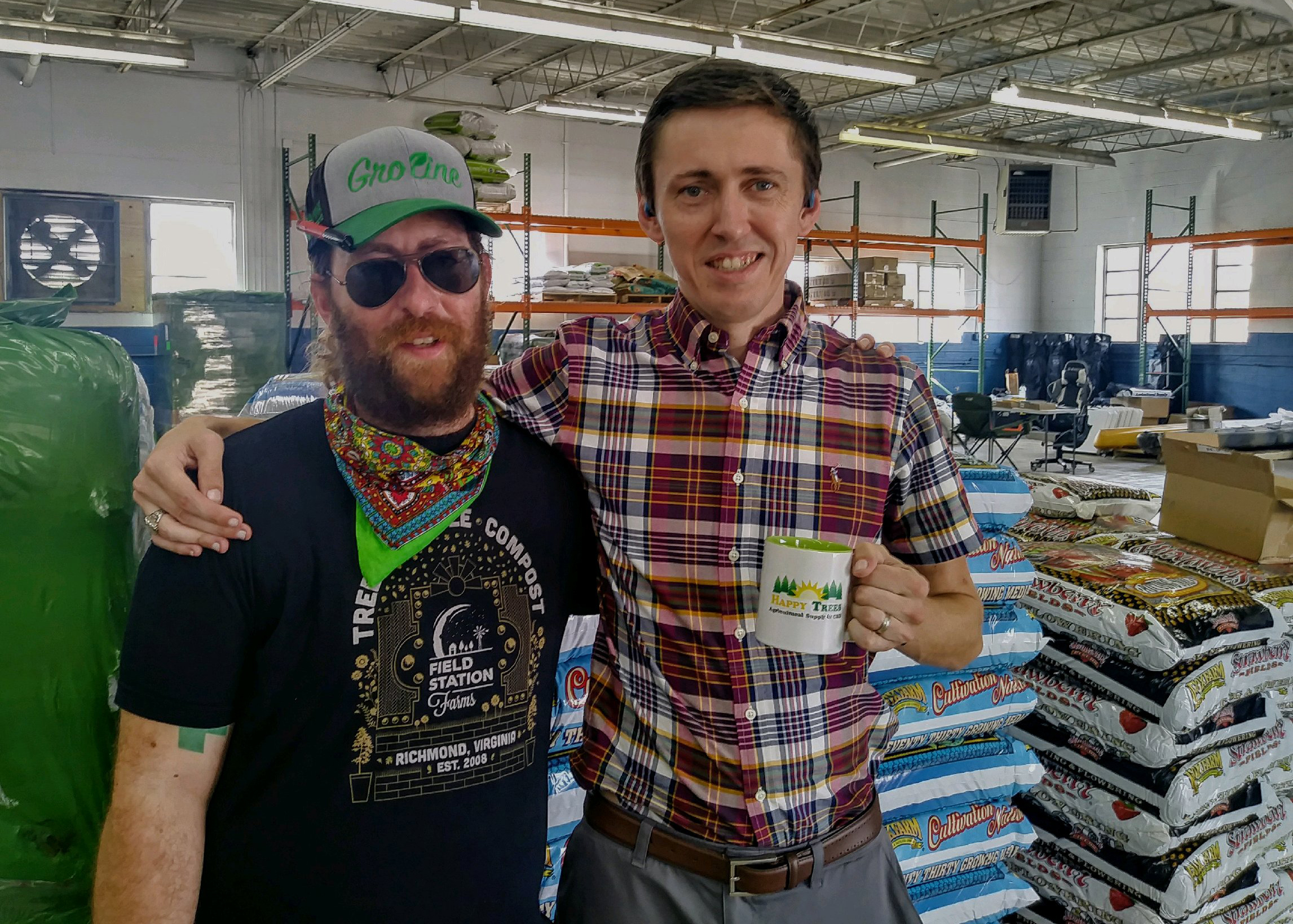 Happy Trees Agricultural Supplies is growing like a weed.

Happy Trees sells soils, grow lights, nutrients and other items needed to grow cannabis and other plants, in addition to CBD products.

The company moved into its new 5,000-square-foot warehouse at 1809 Roane St. in Northside in July. The warehouse replaces a smaller storage arrangement at the company’s first retail location, a 1,600-square-foot space at 1020 N. Arthur Ashe Blvd. in Scott’s Addition.

Co-founders Josiah Ickes and Chris Haynie said the added space can help them get ahead of anticipated heightened demand for growing products as the cannabis industry expands nationwide, including in Virginia.

“It gives us a back stock and overflow so we can supply the stores,” Ickes said of the warehouse.

“Seeing the supply challenges out West gives us an idea of what to look for,” Haynie added.

Happy Trees also snagged the warehouse to be ready for further expansion in its home state, depending on how Virginia’s ongoing development of a commercial cannabis market shakes out. The commonwealth legalized personal possession and limited cultivation of marijuana in July, paving the way for a recreational retail market in several years.

Ickes and Haynie launched Happy Trees in Richmond in June 2020. Haynie has a background in cannabis growing on farms in California and other states. Ickes also runs staffing agency Growth Services of Virginia.

They opened Happy Trees’ Petersburg store at 100 N. Sycamore St. in early August and its Fredericksburg-area store in July.

The company expanded into those areas to fill what Ickes described as market gaps for growing supply shops. The moves served to close the distance between the Scott’s Addition store and its customers who come from North Carolina and northern Virginia. It plans to add more retail locations in Virginia.

With 20 employees, Happy Trees also grows hemp on about 2.5 acres of land in Powhatan County, and it uses that crop to produce its CBD products.

The company plans to roll out growing classes at its stores in September, and will eventually hold classes and other programming at the warehouse.

Happy Trees is one of a growing number of businesses that are springing up to take part in the state’s cannabis industry.