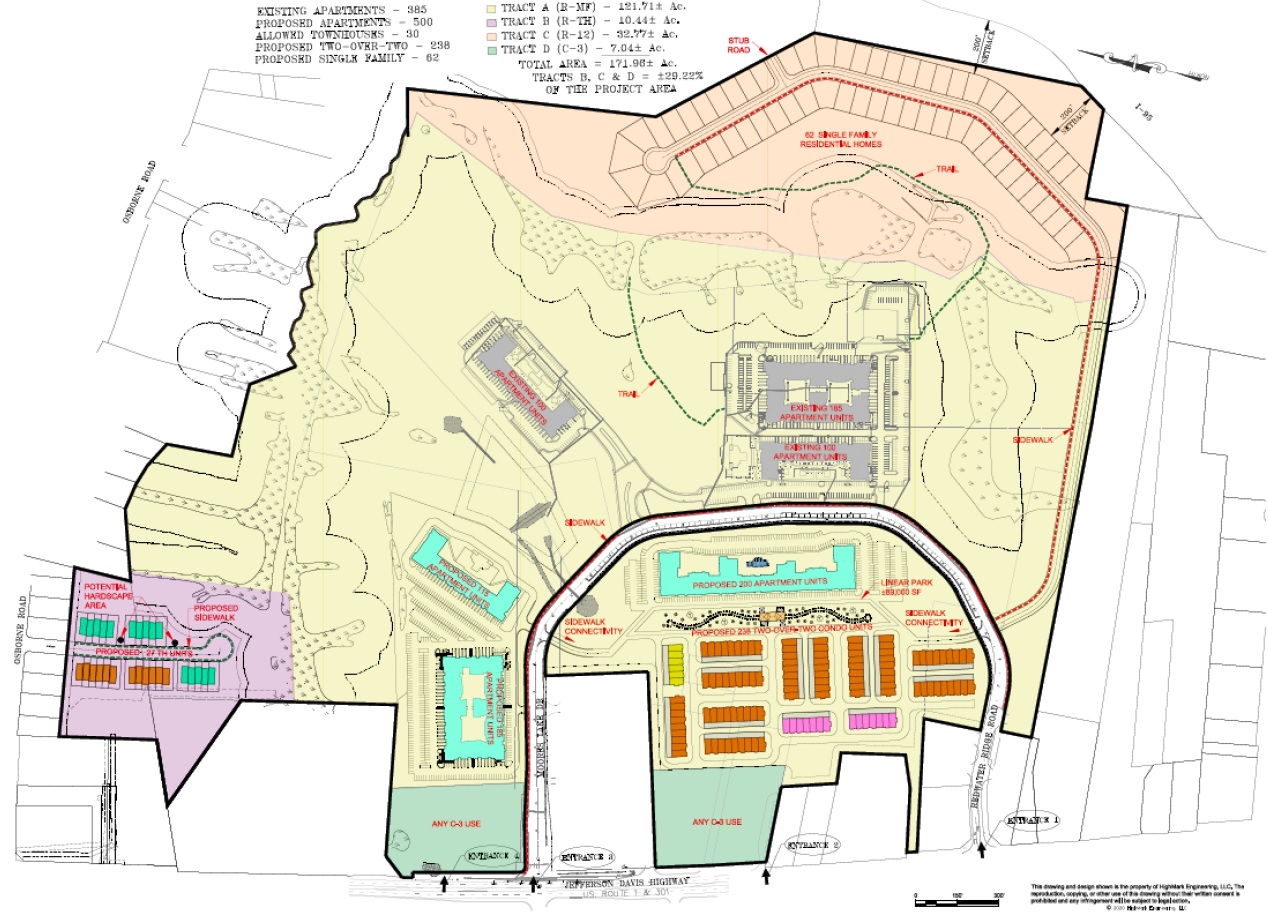 A site plan for Moore’s Lake shows The Jane apartments in gray and new development in colors, with the dead-end townhomes and single-family homes on the edges of the site. (Images courtesy Chesterfield County)

A prominent crossroads in Chester could get more than 1,200 new homes between two projects that go before the Chesterfield County Planning Commission tonight.

Developers George Emerson and Phil Roper are looking to expand on their The Jane at Moore’s Lake apartments with a larger mixed-use development simply called Moore’s Lake, which would add 830 homes on 172 acres on top of the 385 apartments they’ve already built.

Filling the site of the former Moore’s Lake retreat between Route 1 and Interstate 95 just north of Route 10, the new development would add another 500 apartments, along with 238 two-over-two condos, 62 single-family homes and 30 townhomes.

With The Jane’s 385 apartments included, that would bring the total unit count for Moore’s Lake to 1,215. 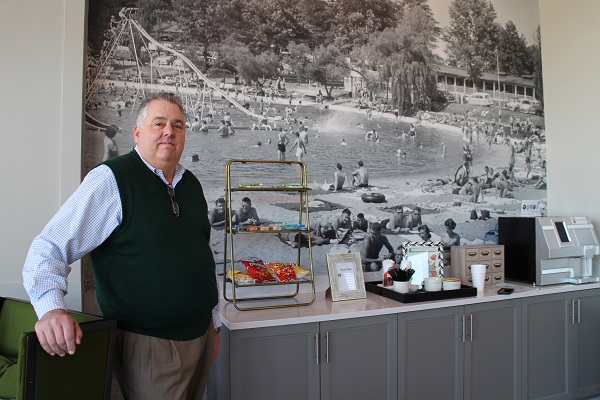 Developer Phil Roper with an enlarged photo of Moore‘s Lake in its retreat days. (BizSense file)

The developers’ Emerson-Roper Cos. LLC is seeking a rezoning and conditional-use planned development designation for the project, and Emerson said they have the property under contract. The property consists of 17 parcels and part of another under multiple ownerships.

Emerson said they’ve been working on the larger Moore’s Lake plan for a year as they neared the finish line with The Jane, which opened its last of three buildings over the past week. Of that building’s 185 units, Emerson said 40 percent of them leased on opening day. 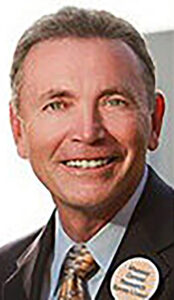 He said The Jane’s 200 other apartments are fully leased, at rents ranging from $1,200 to just under $2,000 a month, with two-level penthouse units renting for $3,000 a month. The apartments range from about 640 to 1,400 square feet on average, consisting of one-, two- and three-bedroom floorplans.

“It’s unbelievable how well it’s leased, truthfully,” Emerson said of The Jane, a $65 million development on nearly 60 acres of the 172-acre site.

Should the larger development get approved, Emerson said site work would start after about a year and take about five years to complete. He did not provide an overall cost estimate for the project.

“We’re going to do this orderly. We’ll build a couple hundred units at a time,” Emerson said. “We’re going to own the majority of these, so we’ll make sure that we do a good job on all of them. We’ll get them all leased up, and we’ll do another one.”

The rest of the land inside the loop would be filled with the two-over-two condos, meaning two-level units stacked on top of each other, with a linear park between those and the larger apartment building. Emerson said the park would include spots for food trucks.

The 27 townhomes would line a cul-de-sac road off Osborne Road at the northern end of the property, with no connectivity to the rest of the Moore’s Lake development. The 62 single-family homes would likewise line a dead-end road along the east side of the site closer to I-95, with the site’s namesake Moore’s Lake between those homes and The Jane apartments.

The project would include two commercial sites fronting Route 1, along with commercial uses within the development, such as dry cleaning and a coffee shop. 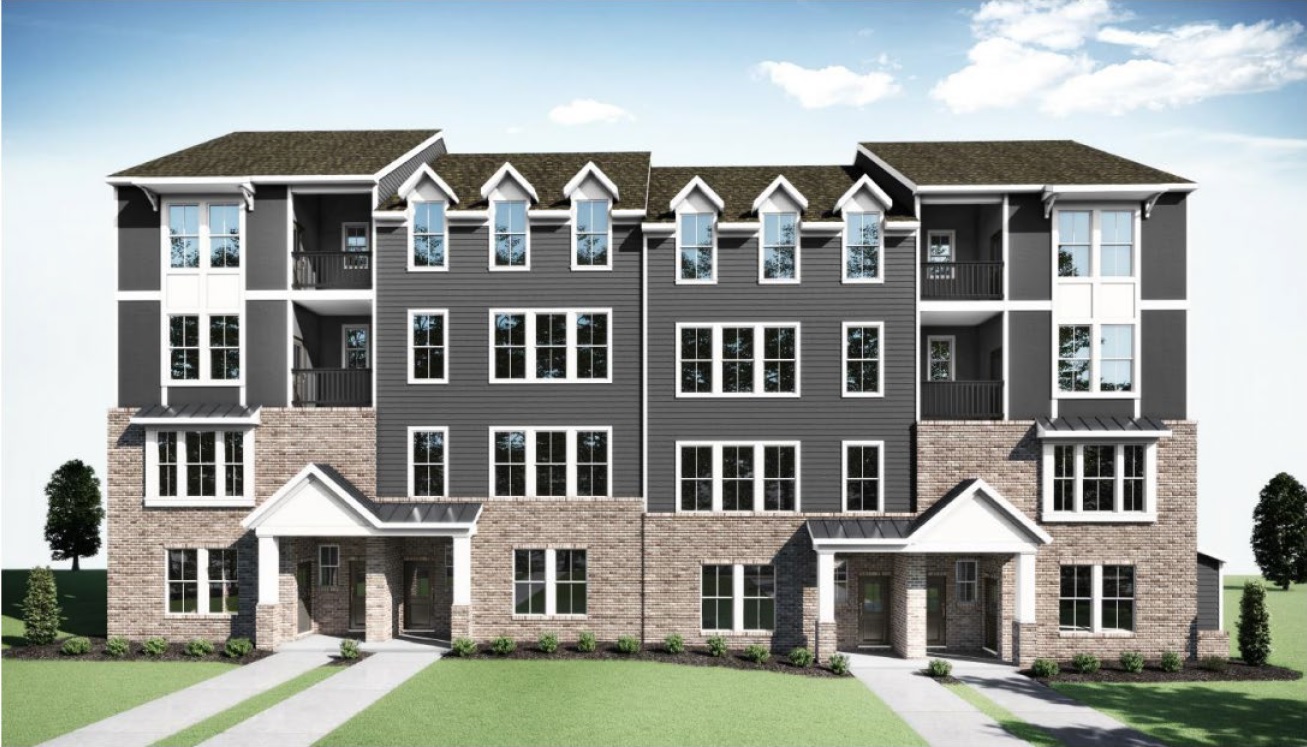 A conceptual rendering of the two-over-two condos.

Emerson said the development would also include extensive amenities in addition to the park, such as volleyball and pickleball courts, pools and walking trails.

“This project is going to have more amenities than anything Chesterfield is used to seeing for apartments,” Emerson said. “The lake in reality is just a little pond. There’ll be access all the way around the pond, and there will be a lot of walking trails.”

Emerson said rental rates and price points for all of the dwellings would be market-rate.

“We don’t do anything but market-rate,” he said. 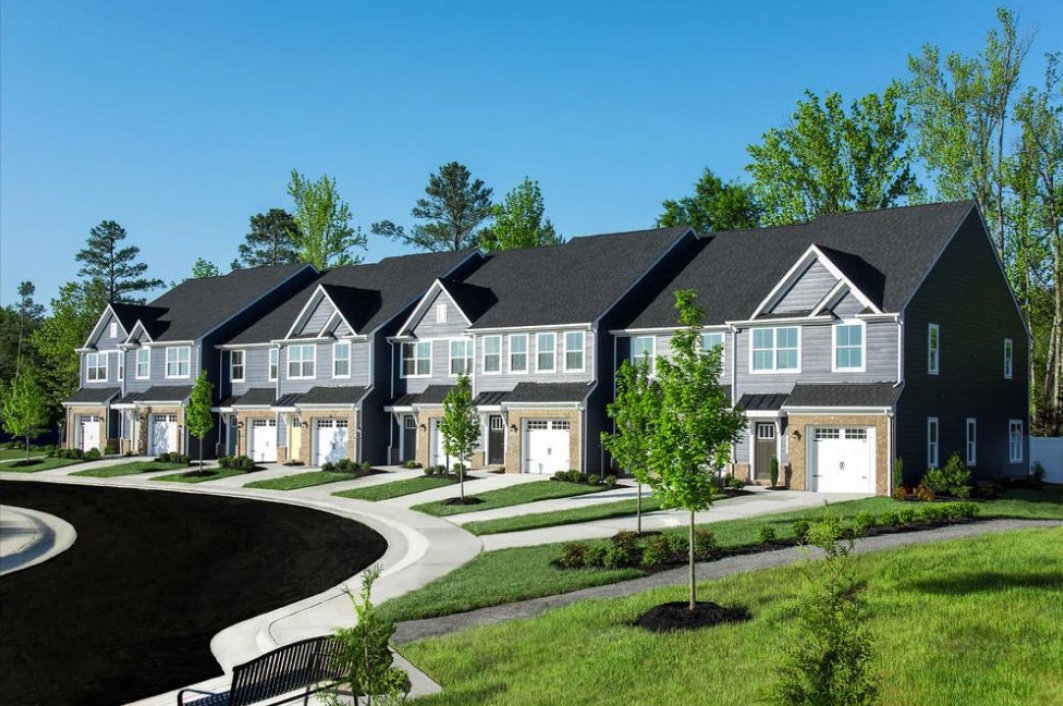 The townhomes would be separate from the rest of the development.

The developers are working on the project with Chester-based Highmark Engineering, and Poole & Poole Architects is designing the apartments. Vienna-based Lessard Design also is involved in designs for the project, and attorney Kerry Hutcherson with Rudy Coyner is representing the developers in their applications to the county.

County planning staff is recommending approval of the rezoning and permit, but a third request for an exception to access requirements is recommended for denial.

The exception relates to access to the single-family homes, which at more than 50 units would require two access points according to county code. A second access to adjacent property on the east side of the site is proposed, but county staff notes that no development is planned for that site at this time, so the second access would not be usable. 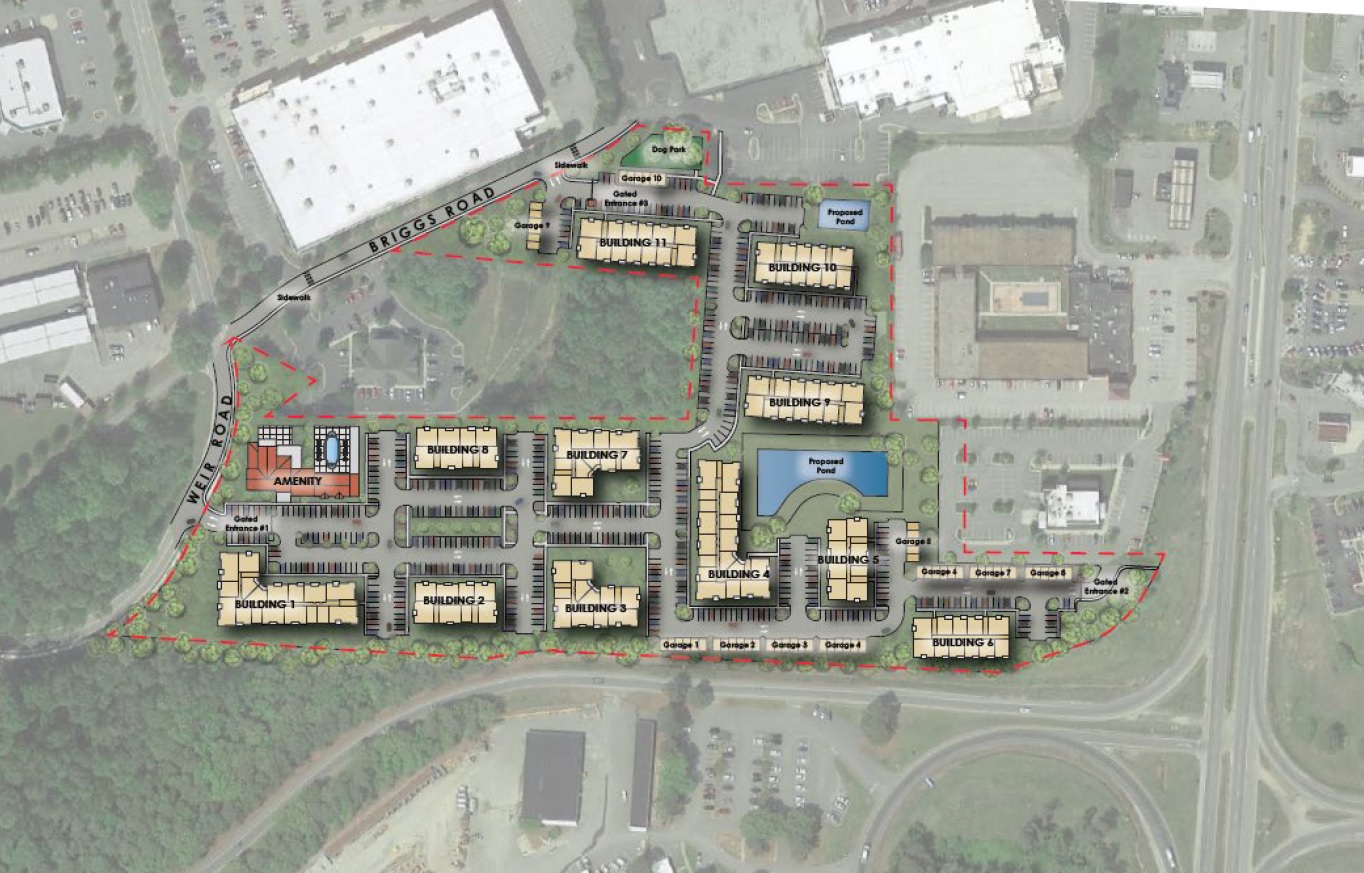 Also on the commission’s agenda, Lingerfelt Development is proposing a 390-unit apartment complex on 17 acres southeast of Route 10 and Route 1. The currently wooded site is behind commercial properties fronting those roads and just north of Tyler Community College.

Lingerfelt, which last week secured planning endorsements for multiple apartment infill projects in Innsbrook in Henrico County, is planning a mix of one-, two- and three-bedroom units that would be grouped in 11 buildings. The three-bedroom units would be restricted to 10 percent of the total. 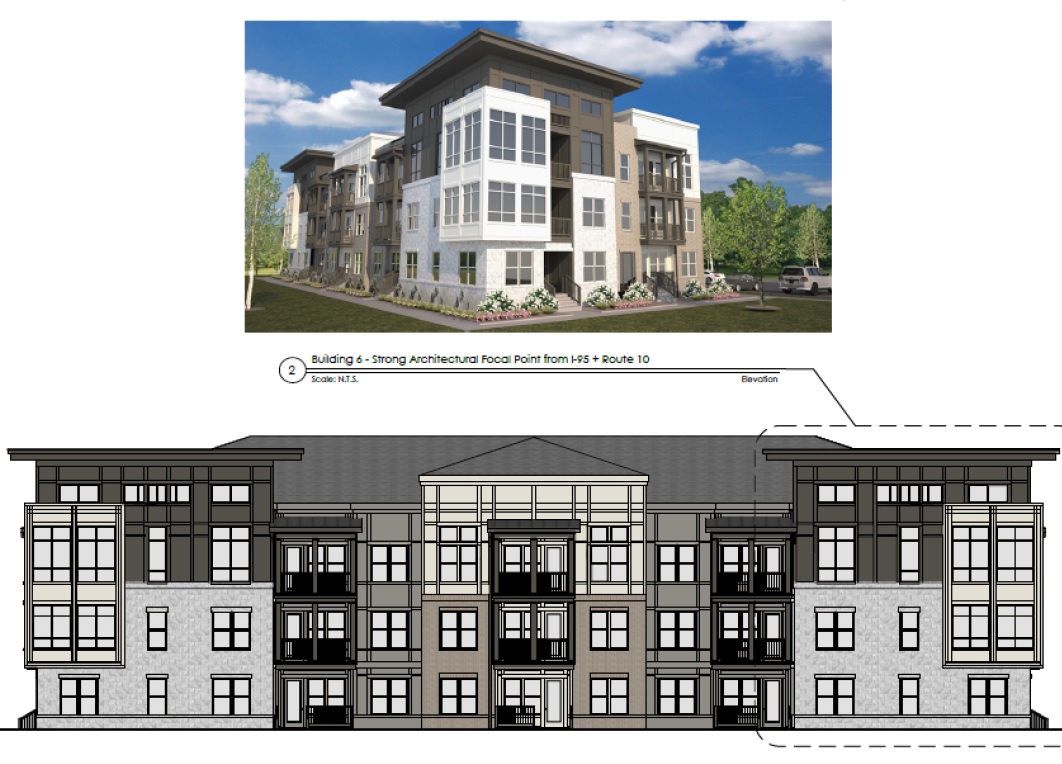 The development would include a 4,000-square-foot clubhouse with kitchen, coffee bar and gaming areas, as well as a pool with a grilling station and gathering areas. Amenities would include a fitness studio, bicycle storage, a pet park and spa, and trails and recreational spaces. The project also would include a 59-space parking garage and 599 surface parking spaces, for a total of 658 spaces.

Condlin said Lingerfelt has the land under contract but deferred additional comment to the company. Lingerfelt declined comment ahead of the meeting.

The Route One corridor is red hot for development opportunities over the next five to six years. The Route 10 corridor from the Chippenham south to the courthouse is also exploding.