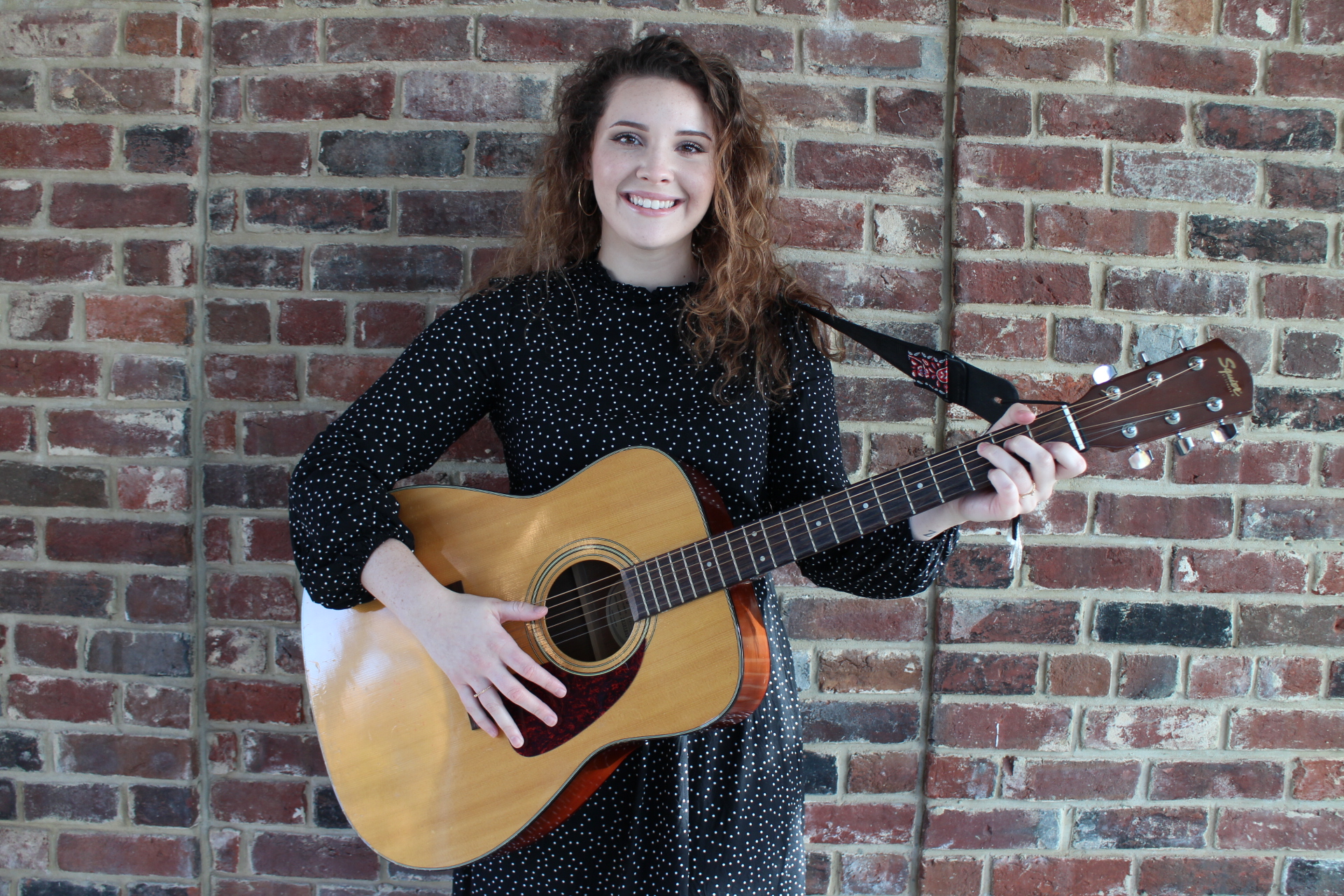 Caitlin Sherman with the guitar she’s sung along to since high school. The singer-songwriter landed a copywriting gig after performing a self-penned song in an interview for an internship. (Jonathan Spiers photo)

She went into it hoping for an advertising internship. But by the end of her interview with downtown agency Madison+Main, Caitlin Sherman had sung her way into a full-time copywriting gig.

A singer and songwriter most of her life, the VCU grad had put in her application portfolio that her first accomplishment in writing was winning an award from a newspaper when she was 8, for a story she’d written about a pet she’d wished she’d had.

“No one had taken a chance on me yet. I had been applying everywhere,” Sherman said. “I had all these things going for me, and I didn’t know what was going wrong.

“I was working as a host at a restaurant in Richmond, and it was really hard to find jobs,” she said. “I felt like I didn’t have enough internship experience.”

So, when she learned that Madison+Main was looking for an intern, she didn’t think twice when Derek Fair, the agency’s senior copywriter, asked if she’d write a song ahead of her interview, noting the award she’d mentioned in her application.

“He basically challenged me to it. I think it was a joke, but I took it seriously,” she said. “I said: You know what? What do I have to lose? If it gets me this internship, I’m doing whatever I have to do.” 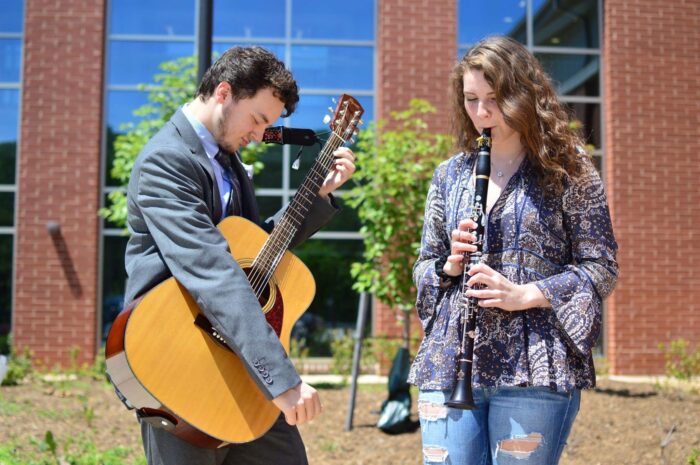 Sherman with a classmate when they were named “most musical” in high school. (Photos courtesy Caitlin Sherman)

Having sung in choirs growing up and in weekly open mic nights throughout high school, Sherman had been writing her own songs for years, earning some recognition along the way.

One song she co-wrote with former collaborator Madie Paige, called “No Rhyme, No Reason,” won the Central Virginia’s Got Talent competition when Paige performed it in 2019.

Drawn to advertising by a jingle in a TV commercial for Education Connection, Sherman enrolled in VCU’s Robertson School of Media and Culture and worked as a front office assistant at the VCU Brandcenter, putting a pause on her songwriting to focus on ad writing. 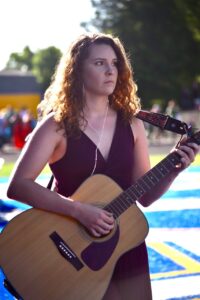 “When I went to college I had to put music on the backburner, because I was so focused academically. Then I realized if I could mix the two, I’d be so much happier,” Sherman said.

“When I heard Education Connection for the first time, that jingle got stuck in my head, and I made it my goal all throughout my college career to master the art of the earworm. That has always been my thing: to make things that people will not forget about, like that song did for me.”

In about 15 minutes, she’d written up the song for her Madison+Main interview – about, as she put it, “being 22 and how much it sucks when you graduate with high honors and you have qualifications but you’re not going anywhere, or at least it feels that way.”

The minute-long ditty also mentioned the award she won when she was 8, as well as what she would bring to the agency if she got the internship.

Over a Zoom call, despite the formalities of a professional interview, Sherman performed the song, strumming her guitar along to lyrics like: “Rebranding, I’ve done that/Full-campaign in a month flat/And did I mention that I can sing?”

While the call was not recorded, Sherman created her own clip of the song:

“They were like, ‘Wow, we’ve never had anyone interview with a song before,’” she said. “I would’ve done it even if they hadn’t asked me to, because that is my strongest suit: my ability to communicate through songwriting.”

Her strong suit paid off. When the agency called to follow up, Sherman recounted, “They said, ‘So we just want to let you know, we’re not moving forward with you for the internship. Instead, we want to offer you a full-time position as a junior copywriter.’”

“I was like, ‘Can I just accept now? I really don’t need details,’” she said with a laugh. 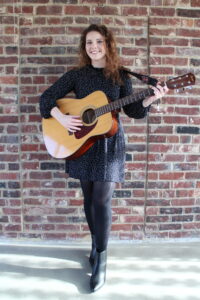 “That has always been my thing,” Sherman said, “to master the art of the earworm.” (Jonathan Spiers photo)

Sherman started with the agency in mid-September. As a junior copywriter there, she creates content for clients such as calendars, blog posts and, of course, ads.

“It’s been so cool because I’ve gotten to learn so many aspects behind those things,” she said. “I think school only prepares you so much and then, once you get into the real world, it’s basically school 2.0.”

As for her goal of mastering earworms, Sherman said she hopes to one day merge her music with marketing. While jingles are not part of her current job duties, in a way, she said, they already are – in whatever copy she writes.

“I have told them, the way that I think when it comes to creativity, I have to almost view things like a song first and then switch gears in my brain. If you need to write something quippy, I think of that like the hook, what’s going to get people. It’s the same thing,” she said.

“The rest are verses and a bridge. That’s where my brain goes.”

This is the latest installment in our Downtime series, which focuses on business people’s pursuits outside of the office. If you, a coworker or someone you know around town has a unique way of passing time off the clock, submit suggestions to [email protected] For previous installments of Downtime, click here.

That’s a neat story. It must be a tough job market in some fields if someone that talented has trouble getting a job.

Wow! I’m so impressed! She is such a beautiful and talented young lady. She reminds me in many ways of my own daughter. Just a wonderful story. May she be blessed with nothing short of tremendous success.

Great story. And kudos to Sherman for her pluck and determination. It’s tough to land a job in advertising during normal times, let alone now during our post-COVID world. This story illustrates what can happen when a candidate goes the extra mile.