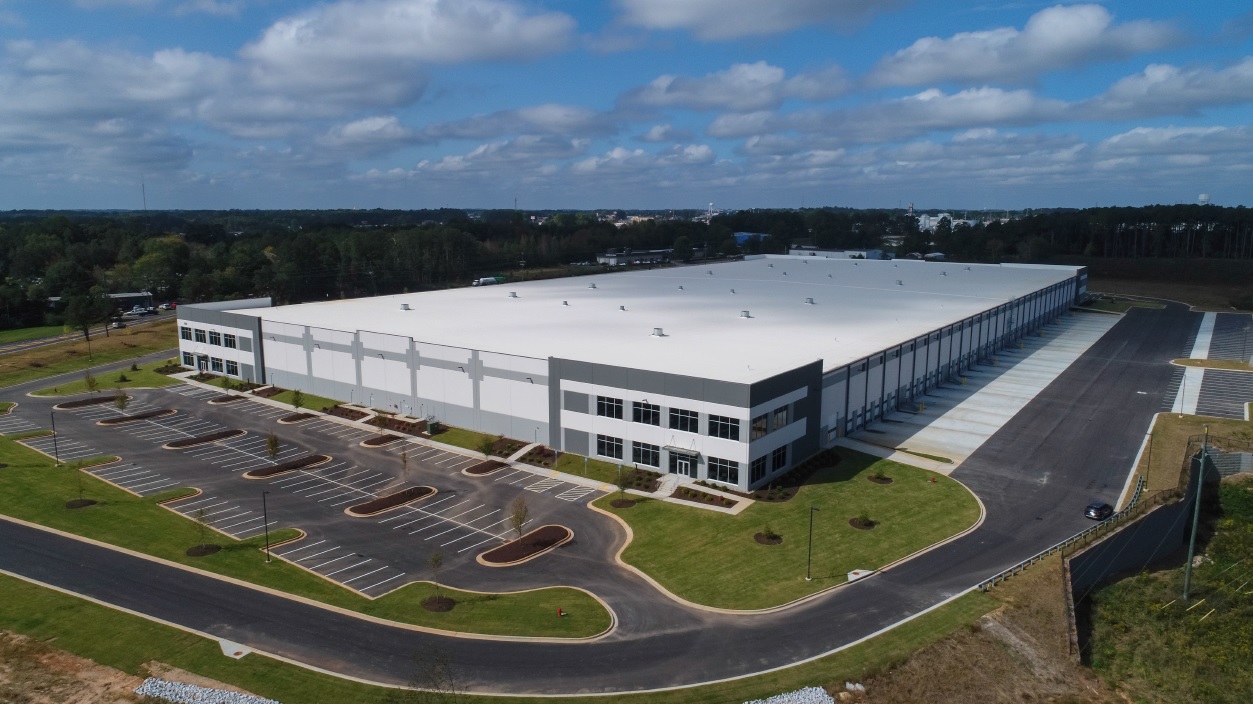 The industrial warehouse planned by Ashley Capital would have a similar design to other speculative buildings it’s developed in recent years. (Images courtesy of Henrico County)

An industrial development near Varina High School appears to be a go after securing county approvals and the project site.

An entity tied to New York-based Ashley Capital closed last week on its purchase of an 89-acre site between Pocahontas Parkway/Interstate 895 and Laburnum Avenue, where it plans to develop a 584,000-square-foot warehouse on spec.

Henrico property records show the entity, I-895 Logistics Center LLC, paid $4.8 million for the site in a deal that closed April 20.

The seller was Pruitt Properties, part of Henrico-based Pruitt Cos., which acquired the land in 2000.

The site is across Laburnum from Michael Robinson Way, which runs between Varina High and John Rolfe Middle schools. It consists of a 26-acre parcel at 7001 S. Laburnum Ave., and part of a larger adjoining parcel totaling 87 acres. Henrico has assessed the parcels at $11,700 and $86,300, respectively.

Ashley secured a rezoning for the project from county supervisors in February. Tim Schneider, a senior vice president with the real estate investment firm, said this week that it’s working on development plan approvals and is aiming to break ground this summer. Completion is targeted for spring 2023.

Schneider did not say whether Ashley has lined up any users for the building, which would house multiple tenants. He said a project cost has not been determined. 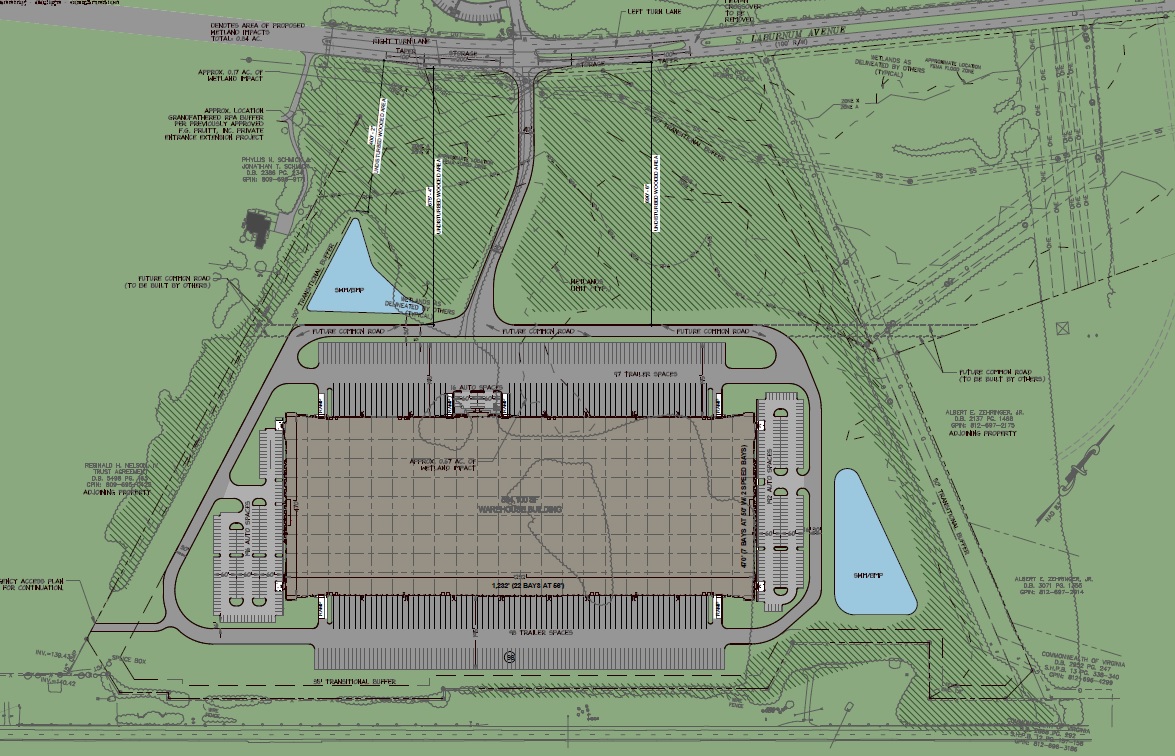 A site plan shows the 400-foot buffer planned between the building and Laburnum Avenue along the top. Pocahontas Parkway runs along the site to the south.

Referred to in plans as Richmond Logistics Center, the project would be Ashley’s second in the region. In Prince George County, the company renovated the 800,000-square-foot Virginia Gateway Logistics Center, previously an Ace Hardware facility, after purchasing it in 2019 for $21.7 million.

Plans show the Varina building would be closer to the interstate with the woods along Laburnum providing a 400-foot buffer. An access road off Laburnum would be aligned with Michael Robinson Way, and an additional 100-foot buffer is planned along the property’s southern boundary.

Each of the longer sides of the building would include about 1,000 feet of loading docks, and employee parking areas would bookend the shorter sides. Ashley is working on the project with Atlanta-based Arco Design/Build.