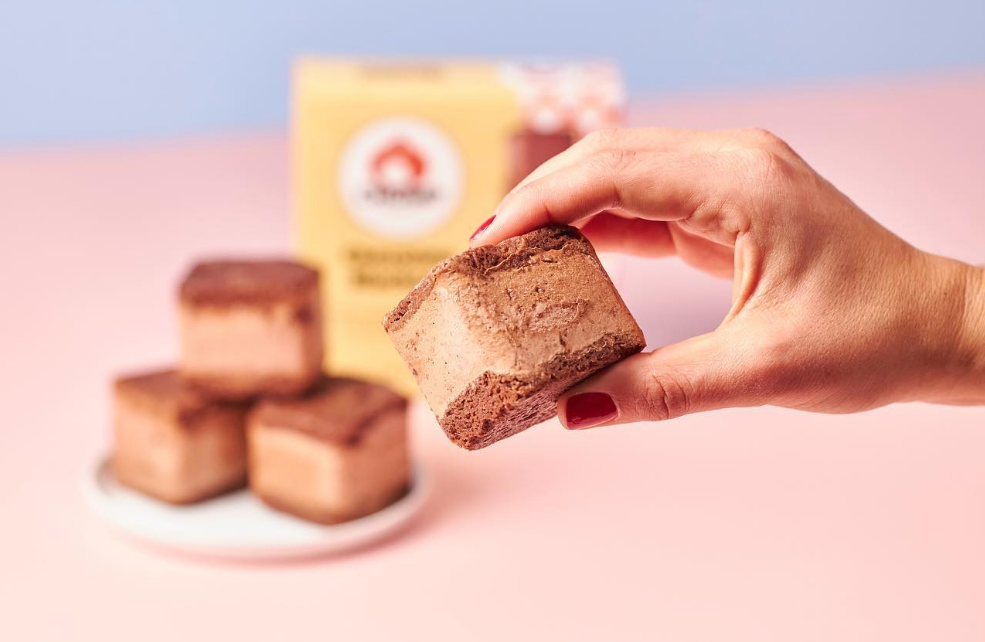 Nightingale Ice Cream Sandwiches hopes to expand its flock of customers with a new strategy featuring a tinier take on its frozen treats.

The Richmond-based company launched a new four-pack of half-sized ice cream sandwiches in 200 Walmart stores last month in the Northeast and mid-Atlantic, including local stores.

The smaller sandwiches are branded as Chomp by Nightingale and are intended to be a lower-cost offering that will expand its customer base as well as the range of stores that carry the company’s ice cream sandwiches.

“We really wanted to make a part of Nightingale that is a value brand, something less expensive and available to a wider range of consumers,” Nightingale spokeswoman Erica Jacobs said.

Walmart sells individual four-packs for about $5. The company’s suggested price for a full-sized ice cream sandwich is $4 to $5.

The new four-pack was developed with Walmart in mind after the big-box retailer inquired about bringing Nightingale into its stores.

“They’re trying to offer more premium offerings and they came to us,” Jacobs said. “We put that together with that in mind.”

The launch of four-packs in Walmarts came as Fresh Market also began to sell individual Chomp single-serves at all of its 160 stores in April.

Nightingale’s suggested price for Chomp single-serves is about $2 to $2.50.

Though Chomp has existed since October 2020, the expansions into Fresh Market, which also sells the full-sized sandwiches, and Walmart happened last month. Jacobs said larger stores prefer products that come packaged in multiples.

Nightingale is working on plans to bring Chomp to more companies along the lines of Walmart.

“We needed to create something that fit more with those types of stores. They want more of a box with multiple products,” she said.

However, the company is open to the possibility of introducing its smaller sizes to mom-and-pop stores, though it’s in wait-and-see mode to gauge how things go with the Walmart expansion.

Nightingale was founded in 2016 by married couple Hannah Pollack and Xavier Meers. It has its manufacturing and headquarters facilities at Hatch, a food-and-beverage business incubator in south Richmond. In 2020, the company moved into its own 10,000-square-foot building that it leases from Hatch.

70,000 ice cream sandwiches per week isn’t enough moving forward. They will have to find a way to ramp up and be profitable at the same time.

This is wonderful news, always enjoy at Wong Gonzalez, Latitude and Fat Dragon as well. Congrats!