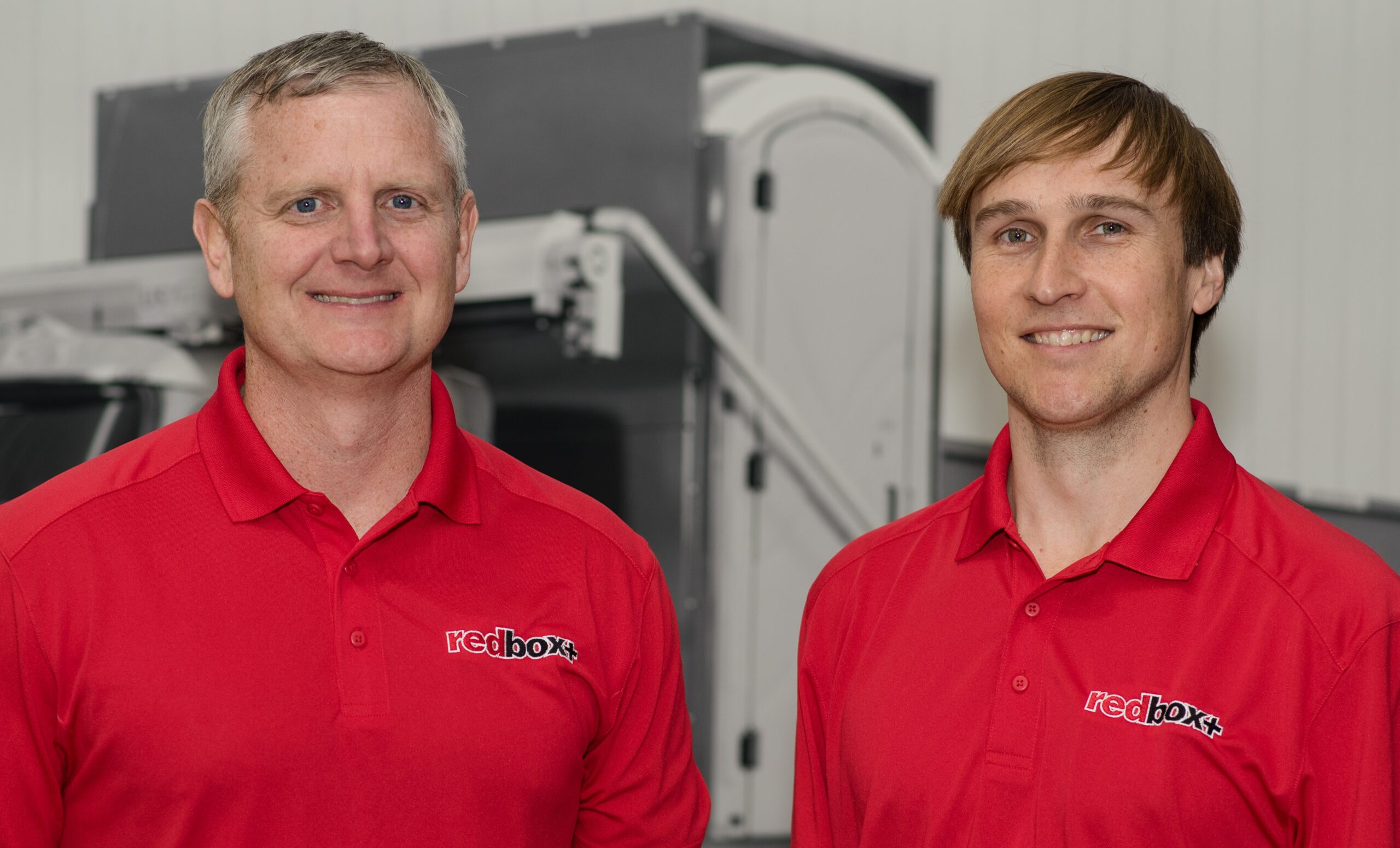 The dumpster rental market is heating up in Richmond — and a new player in town offers an add-on for disposing of more than just trash.

Redbox+, a national franchise that rents dumpsters with built-in portable toilets, expanded into the local market in recent weeks. The Richmond-area franchise is owned by Hunter Murchison and Rob Stone.

The local franchise offers 20-cubic-yard and 30-cubic-yard roll-off dumpsters with and without built-in portable toilets. They plan to offer in the future a “mini” unit, which is a dumpster that measures 10 cubic yards.

Murchison said the built-in portable toilets set the company apart and allow them to pitch themselves as a convenient way for contractors to secure two key pieces of equipment for a job.

“Really what that means for customers is we’re helping them streamline their operations,” Murchison said. “We can do all that with one phone call. It’s like getting two services in one.”

The Richmond-market dumpsters run about $400 to $500 for 14-day rental periods, according to the company’s website.

Murchison said they have 40 dumpsters and one truck. They lease space at a lot in Rockville Commerce Center to store the dumpsters.

Both local franchisees live in the Richmond area and handle administrative duties from their homes. Murchison said they each got their own class B commercial driver’s licenses to handle the deliveries of the dumpsters to customers themselves. 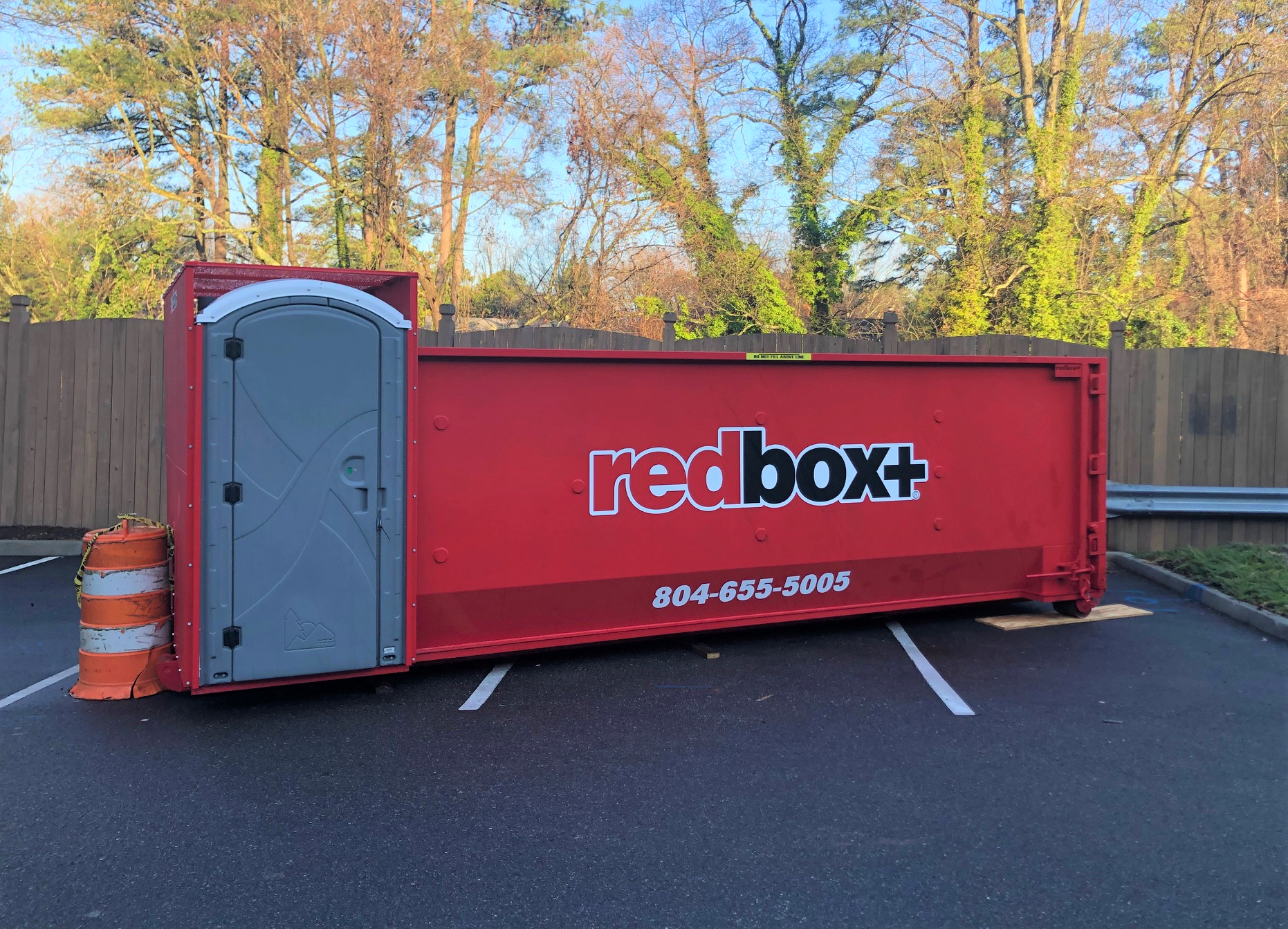 Since launching locally in March, Murchison said that about two-thirds of his business has been contractors, with the remainder non-professionals who need a dumpster for at-home projects.

Murchison declined to discuss their investment in the business. In addition to franchise fees, franchisees are required to buy dumpsters and trucks separately through the company.

The Redbox franchise fee is $60,000. The total investment cost, which includes expenses such as trucks, dumpsters and additional fees, can range from about $516,600 to $623,400, according to the company’s website.

Murchison and Stone met while working together at Wayforth, a locally-based moving company. After Murchison was laid off by the company during the pandemic, he was interested in starting a business of his own. After exploring different franchises, he landed on Redbox+ and asked Stone to join him in the endeavor.

“It’s an innovative product and, based on my career background, is near and dear to my heart,” Murchison said. “There is a strong recurring customer base. There’s a relatively low employee count so you don’t need many employees to operate the business, which is generally good but especially in this crazy labor market.”

For now, it’s just the two owners working at the local franchise, though as they take on more business Murchison said they could look to hire employees and are considering whether to add another truck to their operation.

Murchison said fuel costs and inflation have been notable challenges the duo has grappled with. It’s now more expensive to drive their big truck around all day and the costs continue to rise as they consider buying more equipment to expand the business.

The Richmond-area team would appear to be the second Redbox+ outpost in the state based on the company’s website, which lists an operator in Northern Virginia.

Redbox+ has more than 90 franchises across the country, according to a company spokeswoman. The Minnesota-based company launched in 2006, and has franchised the concept since 2014.