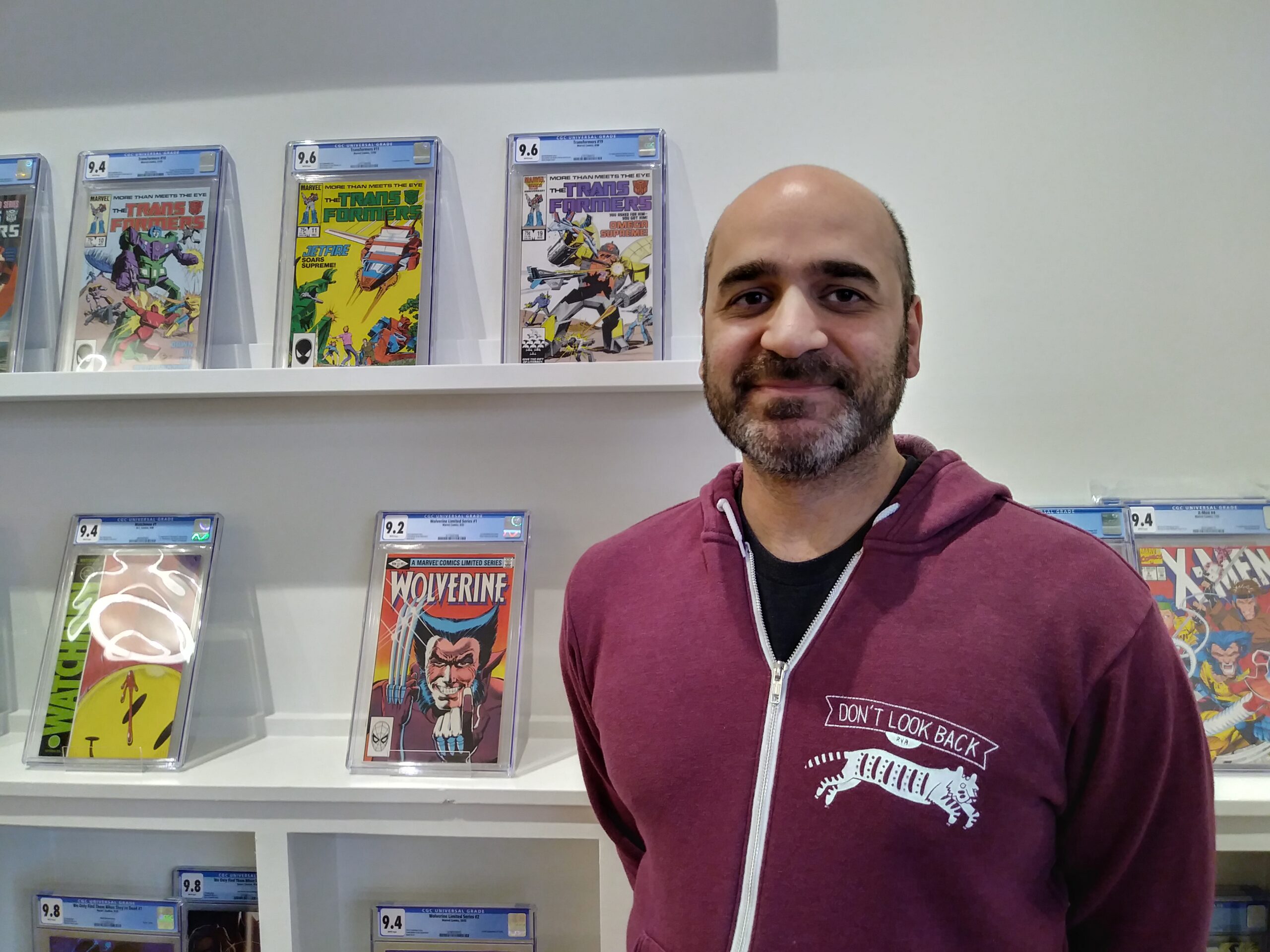 The co-owner of a Richmond taco joint is turning the page with a new venture.

Hamooda Shami, one of the proprietors of Don’t Look Back, plans to open comic book shop Paper Tiger later this month at 7522 Forest Hill Ave. near Bon Air.

Paper Tiger seeks to carve out a niche for itself with an emphasis on collectible and vintage comics and trading cards. The store will also carry limited selections of vintage and new toys, new comics, board games and more. Shami said the store is going for a gallery-like presentation for the collectible comics.

“The (brick-and-mortar stores) that do work are the ones that are experiences, they have an atmosphere,” Shami said. “I appreciate the stuff as art and I’m trying to present it in that way.”

The store’s offerings range from Marvel superheroes to Star Wars and pop culture items like issues of Mad Magazine.

A focus of the store is slabbed comics, or those that have been professionally graded for their quality and enclosed in plastic shells to preserve them. Shami said while slabbed comics are a feature of comic-book conventions and websites, brick-and-mortar retailers that focus on them are less common.

“This is the intersection of art and commerce. There are some people like me who appreciate both parts of it, who really cherish the artistic work and cherish the mythologies. But I also recognize the investment potential,” he said.

Shami’s collectible comics and cards are graded by Certified Guaranty Company (also called CGC), a Florida-based firm. Shami said slabbing creates a standardized method to determine the value of a collectible as an investment.

“It is a 9.4, white pages, Watchman #1,” Shami said, referring to a comic book at Paper Tiger during a recent interview. “You know what it is. You can (look up) this code and it will tell you how many of these exist as graded books. Say there are 1,000 Watchman #1’s but you have a 9.4, they’re in the top 20 percent. Now you’ve attached it to a census and it’s a trackable asset.” 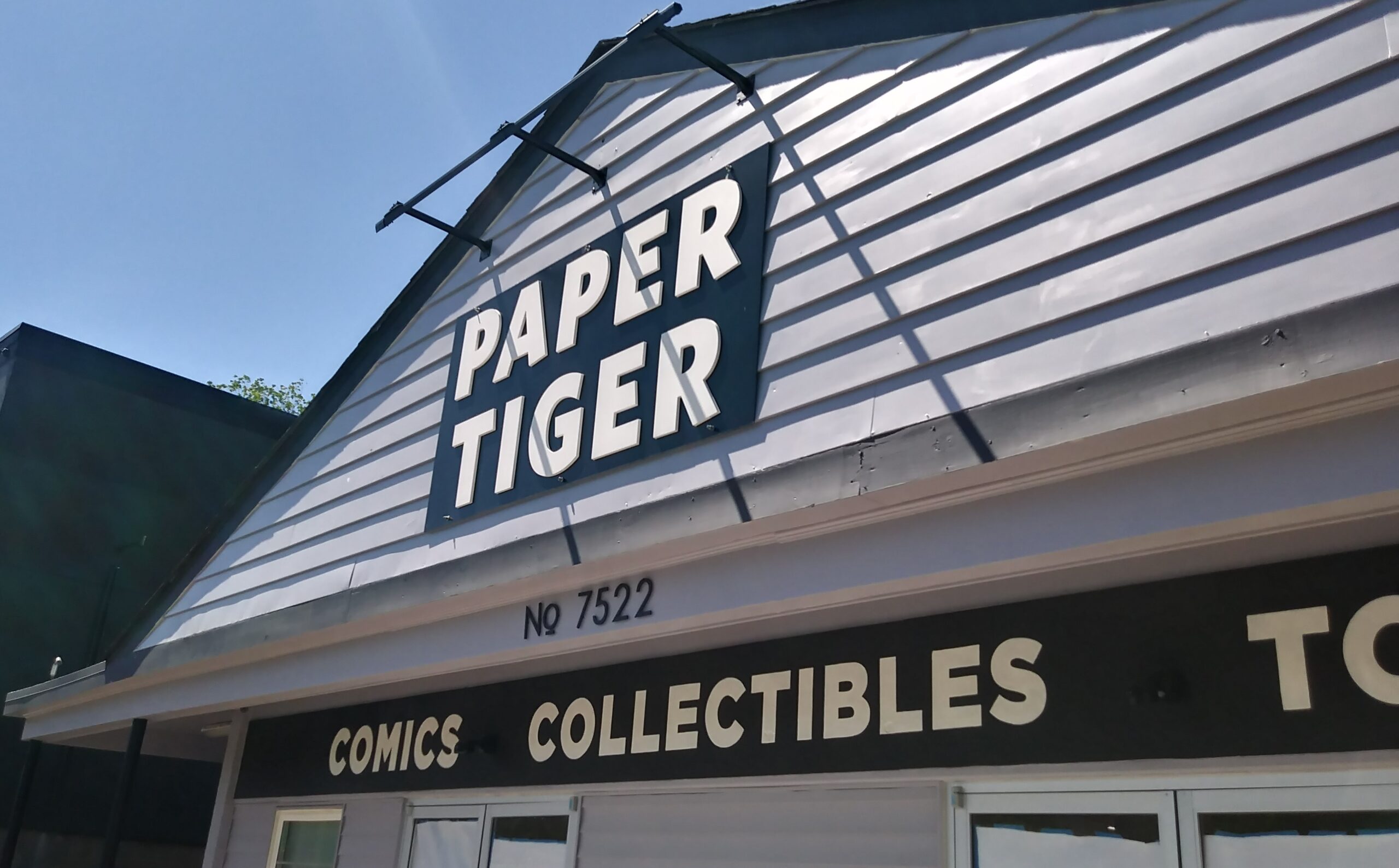 Paper Tiger will be located at 7522 Forest Hill Ave.

The plan is that slabbed comics in the store will range in price from around $100 to $300. Higher value comic books will be sold online both for security reasons and to reach a wider audience.

“I don’t want it to turn into a jewelry store with an armed guard at the door.” Shami said. “It’s a niche thing right now. How many people coming to a shop in South Richmond are going to want to spend as much as a car on a comic book? Whereas if you put it on eBay, the whole world sees it. It’s a larger market.”

Illustrating the high end of the market, a CGC-certified copy of the 1939 comic book Superman #1 sold for $5.3 million in January, the company announced in April.

Paper Tiger’s store inventory is sourced from channels such as distributors, hauls from comic conventions and Shami’s personal collection.

A lifelong comic book fan, Shami said several factors led to the creation of the Paper Tiger store, which was originally envisioned as a strictly online seller. Among them was that he found he wanted an office space for his continued work as managing partner at Don’t Look Back.

“Imagine an office with decor you really like that happens to be for sale, that was one part of it,” he said.

He said Paper Tiger would provide a welcome change of pace from the restaurant world, particularly after navigating the worst months of the pandemic and the stress of securing government financial aid.

“Basically, I’ve been in the restaurant business for 19 years. Anyone will tell you it is not a breeze, and you throw in all this government aid and you’re literally fighting for your life because we needed that aid to get through,” he said.

Paper Tiger is opening in a 2,600-square-foot storefront next door to the building that formerly housed Don’t Look Back South, which shuttered in late 2021. The vacant restaurant space is under contract to a group of investors, Shami said, but he didn’t comment further on that pending deal.

An LLC owned by Shami’s uncle bought the property now home to Paper Tiger in 2020.

Very cool! Congrats and best of luck with this, Hamooda!