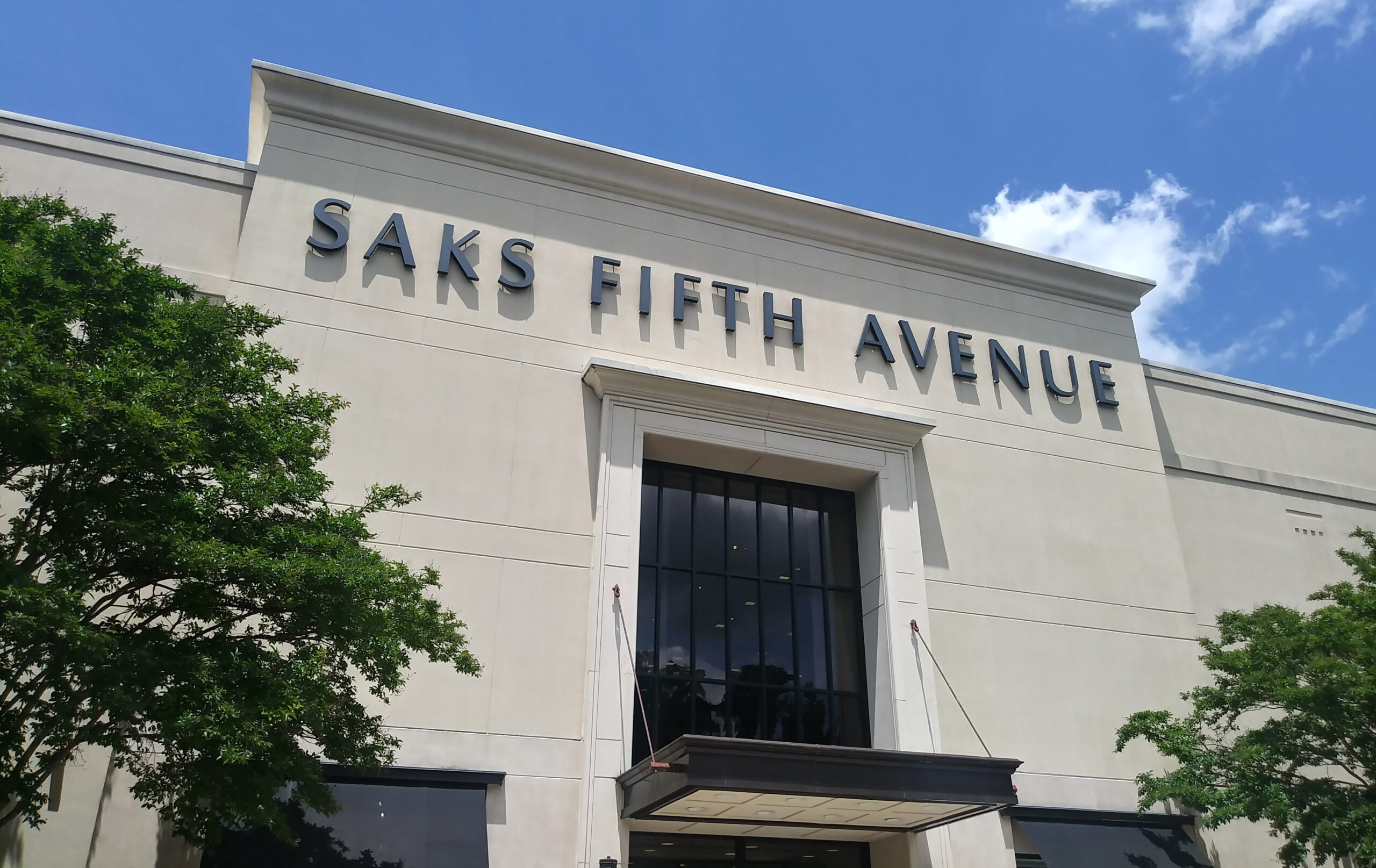 An anchor tenant at Stony Point Fashion Park has decided to shrink its sales floor.

Saks Fifth Avenue recently consolidated the sales area of its store at the South Richmond mall to the space’s first level, leaving the second floor off limits to shoppers.

A Saks spokeswoman said Thursday it was done to streamline the shopping experience, though she didn’t elaborate on why it was deemed necessary to do so. It’s unclear what might be next for the second level of the space.

“We’re always evaluating opportunities to deliver the best experience possible for our customers.  As part of this, we’ve made the decision to offer a more curated experience on the first floor of our Richmond store,” the spokeswoman said in an email. “We look forward to continuing to serve our customers in Richmond.” 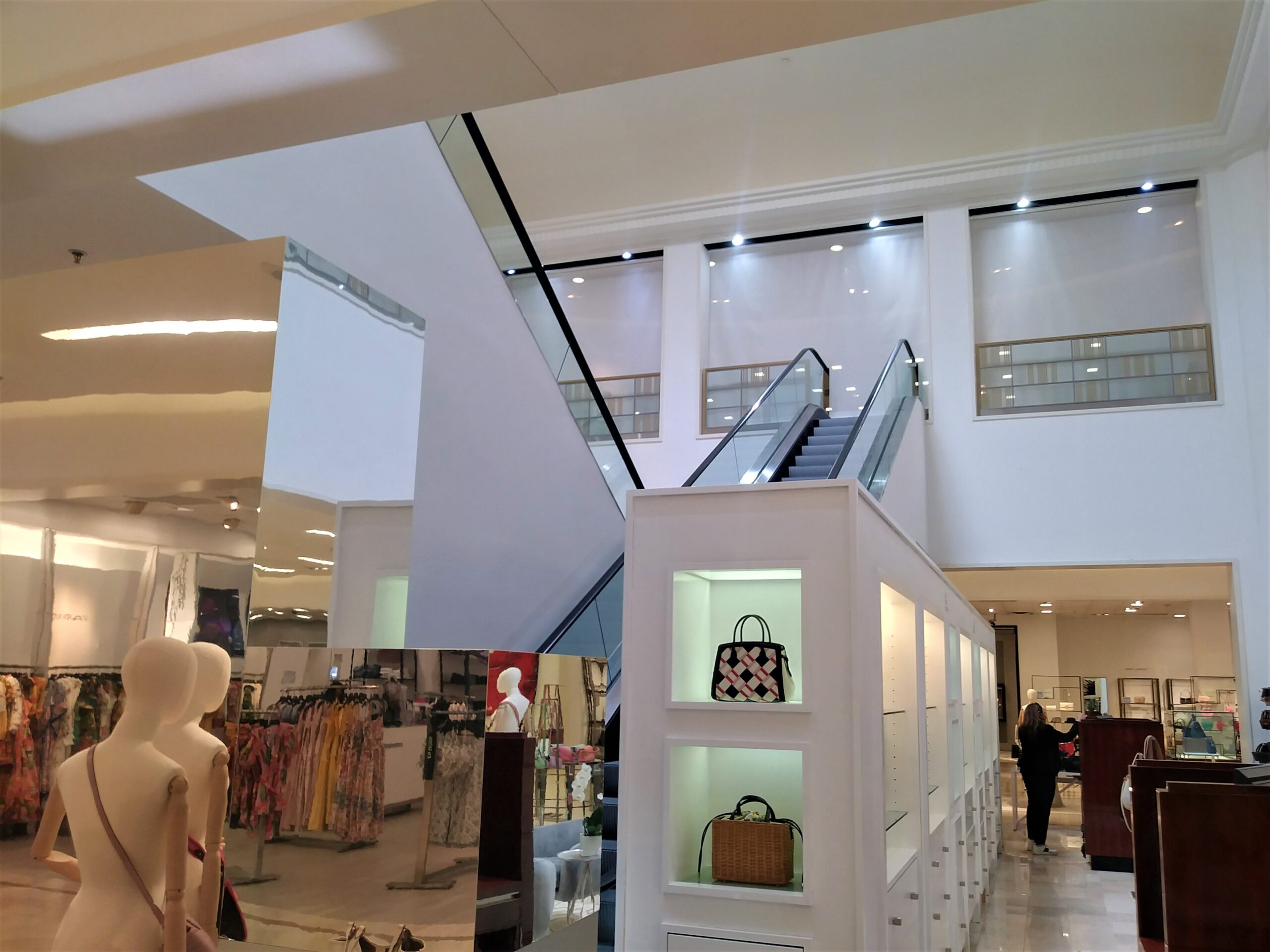 Access was blocked to the upper level of the Saks Fifth Avenue store on Thursday.

She didn’t respond to questions about plans for the second level moving forward or what the future holds for the store in general. Saks’s parent company Hudson’s Bay Co. owns the roughly 84,000-square-foot store located on the eastern end of the mall.

The escalators that provide access to the second floor of the Saks were blocked off Thursday. A store employee said that the sales floor was consolidated to the ground level about a month ago.

The Stony Point Saks is the company’s only store in the Richmond area. The other active anchor tenant at the mall is Dillard’s. The mall’s third anchor space is vacant and was formerly home to a Dick’s Sporting Goods.

Here’s an original idea: apartments!
no, really, it’s just a matter of time before the conversion of the boxes’s ground space become residential in use, providing a retail amenity concourse between them. It could end up quite nice. The rental rate increases in that area are the highest in the region, largely because of the arrival of Class A apartment communities. There’s a great market there for housing and restaurants; not so much for high priced retail.

Or similarly, I always think of retirement communities. It would be natural for “mall walkers” to actually live at a mall.

As for apartments, I have been saying for years that the apartments out there should have been attached to the mall instead of outside the ring road behind gates. This would get so much more activity/foot traffic there.

Richmond’s comprehensive plan wants Stony Point to become a mixed-use development. Chances are the new owner will move forward with a redevelopment, similar to Regency Square.

I really think the owner of the mall should go to the Richmond Planning Commission and add several high rises with hundreds of apartments on some of this mall’s parking lots.

My impression about a lot of these dying malls was they had to much parking lot space which turned them into dead voids.

I do think this would be a good place for a retirment community with all the activities on it.

I think they are trying to reduce the inventory to the point that they can quickly pack up and leave on a Sunday night. Brooks Brothers and Tiffanys? How long will they hang around?

I disagree with Bruce to a certain degree. In my opinion The Hudson Bay Company will eventually close the store and sell the building. That’s when a conversion to residential or another use will take place. The market is simply too small for a Saks store.

I think it’s bigger than that. More and more consumers are just not using brick & mortar stores but will still visit Saks online.